Deep-sea mining pioneer Nautilus Minerals has rolled its secured structured credit facility of up to US$34 million into a formalised agreement with Deep Sea Mining Finance. 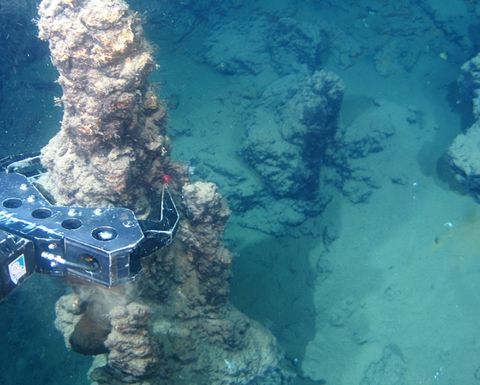 Deep Sea Mining Finance is a private company owned 50% by USM Finance, which is a subsidiary of USM Holdings - an affiliate of Metalloinvest Holding (Cyprus); and Mawarid Offshore Mining, a subsidiary of MB Holding Company, which constitute two Nautilus insiders.

Since January, Nautilus has received a series of bridge loans from the lender totalling US$11.25 million, leaving up to US$22.75 million in additional loans that might be advanced on a monthly basis under the conditions of the loan agreement. Loans will bear 8% interest a year and all loans have a maturity date of January 8, 2019 - one year from the date that the first bridge loan was made.

Under terms of the credit accord, further drawdowns will only be allowed subject to the lender's ongoing review and approval of a monthly operational budget.

The loans are secured against Nautilus assets through a general security agreement granted by the company, along with a pledge of all the shares held by Nautilus in its subsidiary Nautilus Minerals Niugini.

The market remains sceptical about deep sea mining and views the endeavours of a handful of undersea explorers, of which Nautilus is probably among the most advanced, as a litmus test to see if the technological obstacles facing mining below 1,600m and deeper can indeed be overcome. With general wisdom holding that mankind knows more about the moon and the stars in the universe than what lies at the bottom of the ocean, many questions continue to swirl regarding the impact of mining on deep sea eco systems, and the return of mine process waste water.

Because of this, the company's TSX-quoted equity has been largely crawling sideways for the better part of the past decade, and on Monday gained a penny to close up 2.44% at C21c a share, and leaving the company's market value relatively unchanged at C$149.10 million.