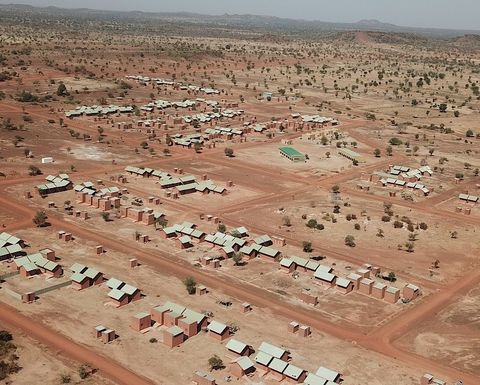 It's now aiming for first gold at its 90%-owned "shovel-ready" project by the third quarter of 2022.

The company pointed out no gold hedging, offtakes or cost overrun reserve was required by the debt facilities and added Bombore remained free of gold streams and private royalties, preserving upside for shareholders.

"We believe the financing package announced today is a testament to the strong project fundamentals offered by Bombore," president and CEO Patrick Downey said last week.

"The debt package is structured to provide maximum flexibility for the company to complete future expansions, including the staged phase II sulphide expansion."

Coris CEO Idrissa Nassa said the bank was pleased to be working with Orezone on the development of the mine and had been impressed with the community relocations and other early works already undertaken.

Orezone had been hoping to achieve first gold this year but withdrew that guidance in March 2020 in response to the global outbreak of COVID-19.

Orezone said it would seek shareholder approval at a meeting in May for the convertible note facility to be issued to RCF, which was a major shareholder.

It said Canaccord and CIBC were acting as co-lead underwriters for the equity placement, priced at C$1.05, which was a 7.1% discount to the $1.13 closing price on January 20.

Orezone moves towards development at Bomboré

Orezone to raise US$34.8 million for Bomboré