Eurasia Mining (AIM:EUA) has entered the final stages of permitting for its 80%-owned Monchetundra PGM project on the Kola Peninsula of Russia’s Murmansk region. 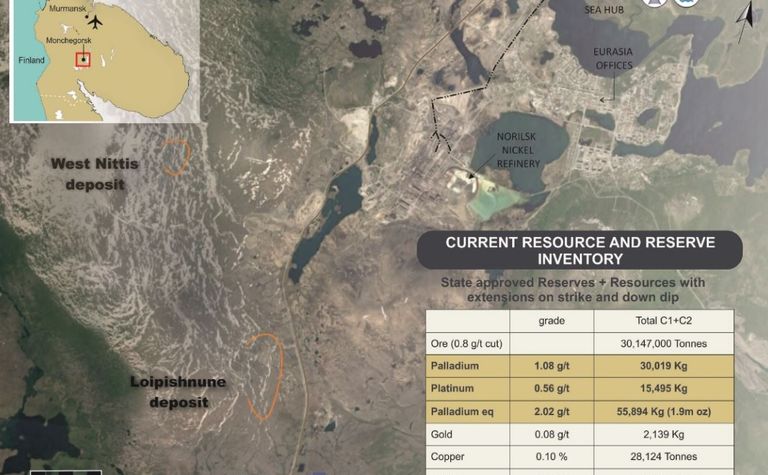 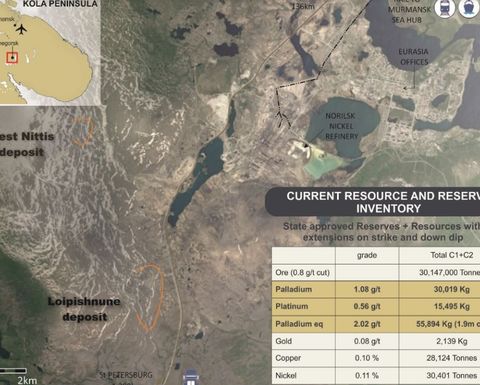 It said the application process was on track to be completed by the end of the September quarter.

The Monchetundra project has state-approved reserves and resources of about 2 million ounces PGM with a palladium/platinum ratio of 2:1 and an in-situ value of around US$2 billion, based on London Metal Exchange spot prices in January 2018.

Eurasia is in ongoing discussion with third-party service providers to run the mine for a percentage of gross revenue, while Eurasia keeps control of the project, similar to its West Kytlim project in the Ural Mountains.

It previously established an engineering, procurement, construction and finance agreement with China's Sinosteel, which arranged 85%, or $149.6 million, of the contract value as debt, which Eurasia will only have to pay back after the plant has been designed to specification, constructed and operating at full capacity.

Sinosteel assigned a further $50 million sub-contract to Eurasia's subsidiary Terskaya Gornaya Kompany to develop the two openpits in preparation for mining, which could be drawn down before construction of the main mine.

Eurasia chairman and CEO Christian Schaffalitzky said the permit application for Monchetundra had gone faster than expected, with approvals granted quicker than for West Kytlim.