Moneta Porcupine Mines (TSX: ME) says it has identified a new mineralised shoot, assaying 47m at 2.08g/t gold at the South West deposit, as it works to update a resource for its Golden Highway project in Ontario. 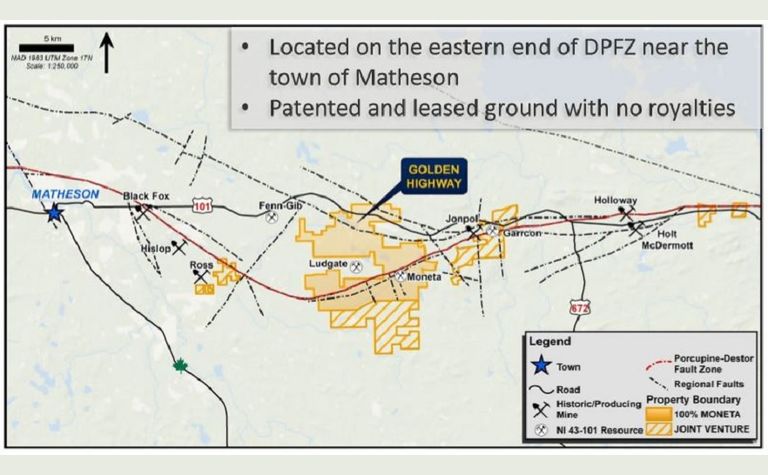 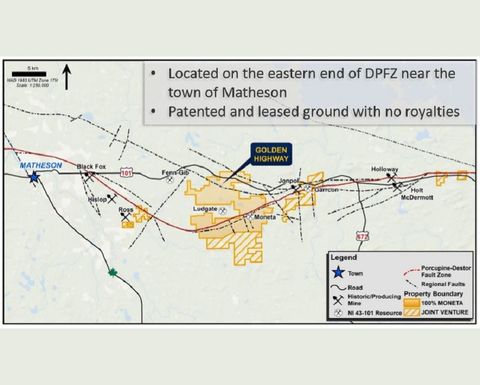 The company said drilling had extended two new veins to the west, taking the total to 17 vein structures along strike and nine mineralised shoots traced over a width of 1,200m.

The region is said to be seeing its highest level of exploration activity in 100 years as explorers seek ore for the mills with spare capacity in the area, including McEwen Mining's Black Fox.

CEO and chief geologist Gary O'Connor said the company planned to complete the logging and core assaying from the project's expanded drill programme, to define a larger gold system, increase the number of veins and shoots and confirm higher-grade mineralisation in preparation for the resource update.

The company had just over C$1 million (US$0.76 million) in cash and equivalents at the end of March, then raised $3 million (US$2.3 million) in a flow-through private placement at 15c per share to two institutional investors in June.

Moneta shares have ranged between 11.5-22.5c over the past year and closed unchanged on Friday at 13c.

PEA update due in June