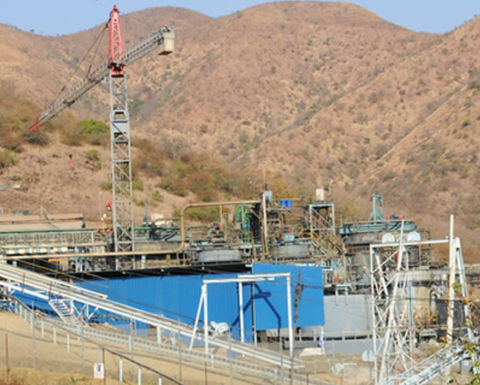 "Significantly, the drilling programme has indicated the orebody extends to surface, with the potential to establish a new open pit mining operation in the short-term, transitioning to an underground mining operation only after a number of years," he said.

The first and second phase of surface drilling at the project comprising 1,645m also confirmed robust mineralisation extending from the surface along 850m strike and 150m down dip of the Royal Sheba deposit.

Pan African has started the third phase of drilling to test a further 600m strike length and would soon finalise a definitive feasibility study for February 2019, with the aim of starting project development in the near-term, according to Loots.

"Royal Sheba's opencast orebody has the potential to increase production from our flagship Barberton operations at a very competitive cost, aligned with our strategic positioning as a low cost gold producer," Loots said.

Meanwhile, Pan African also successfully concluded a three-year wage agreement with the National Union of Mineworkers (NUM) and the United Association of South Africa (UASA), which represent the majority of employees at Barberton Mines.

It said the agreement provided for an average annual wage increase of around 6.5% and 5.5% for NUM and UASA members, respectively, over the three-year period.