Europe-focused explorer Avrupa Minerals (TSXV: AVU) says drilling at the Sesmarias prospect has confirmed a new exploration and mineralisation model for the district, at its flagship Alvalade copper-zinc-lead VMS project in Portugal. 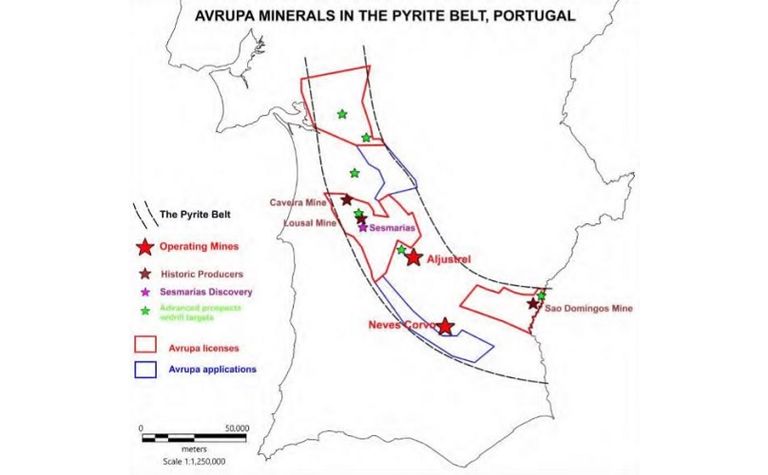 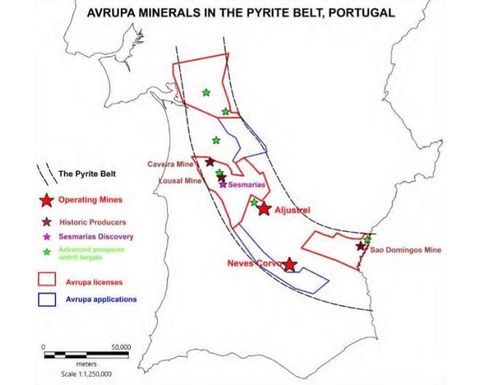 It said it discovered a possible new mineralised horizon in SES026 above the "10" Lens, and intersected it with another two holes, while SES028 intercepted the end of "a significant feeder zone stockwork" beneath the "8" Lens.

"Discovery of the stockwork system in SES028 further supports that the Sesmarias system is a robust mineralising event," president and CEO Paul Kuhn said.

Avrupa owns 100% of Alvalade, after previous partners Antofagasta then Colt Resources bowed out, having spent about US$6.5 million and €1 million (US$1.1 million) respectively.

The company also owns the Alvito IOCG project in Portugal, previously subject to an earn-in by ASX-listed OZ Minerals, which opted out in October.

Avrupa has two other Portuguese projects, one in Germany and two in Kosovo either under, or available for, joint venture.

The company announced plans to raise C$1.5 million in October by issuing 30 million units at 5c to fund drilling at Alvalade and for general working capital, but closed the final tranche in February having raised a total of $832,000 (US$621,000). Canarc's 'game-changer' gold recoveries of up to 96%

"Mining stocks are in the beginning of a new bull market"