Canadian exploration and development company Velocity Minerals has entered an option agreement with Bulgarian partner Gorubso-Kardzhali to acquire a 70% stake in the Makedontsi gold project. 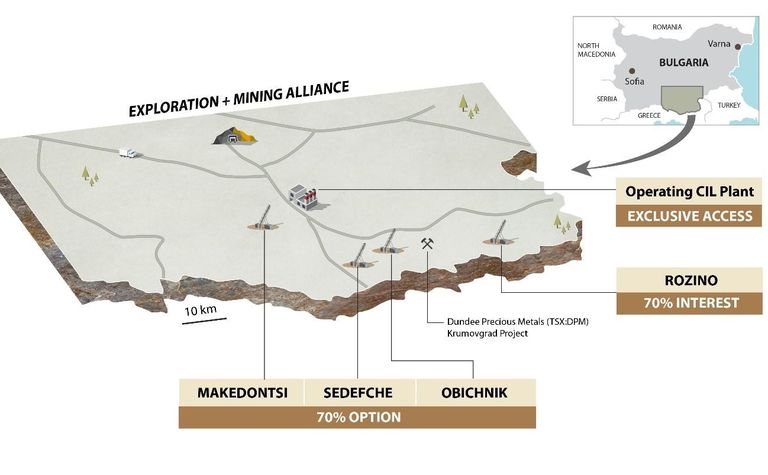 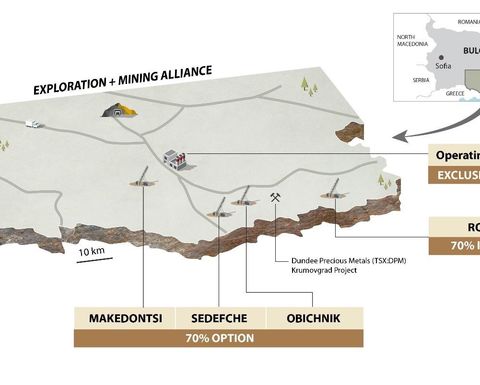 Under terms of the deal the company can earn a 70% interest in the 194-hectare Nadezhda property, including the Makendontsi project in southeastern Bulgaria, by delivering a mineral resource estimate.

"The deposit is open for expansion and requires systematic exploration to investigate its full potential and to deliver a mineral resource estimate," the company said.

Bulgaria-focused Velocity added it was planning a programme of modern integrated exploration, that would build on its current efforts to develop the nearby flagship Rozino gold mine.

Velocity plans to undertake a geotechnical work programme on outcropping mineralisation, along with about 1,000m of drilling over 22 holes to test the shallow Makedontsi mineralisation.

Following its 1998 discovery, Makedontsi was acquired by Gorubso in 2005. By 2014 Gorubso has completed significant exploration works, including 5,115m of trenching and 252 drill holes for a total of 11,530m.

In March, Velocity acquired a 70% interest in the Tintyava property, which holds the Rozino gold deposit, from Gorubso-Kardzhali.

Velocity's equity has doubled in value over the past five months in Toronto to C35c, which currently capitalises the company at $33.79 million.