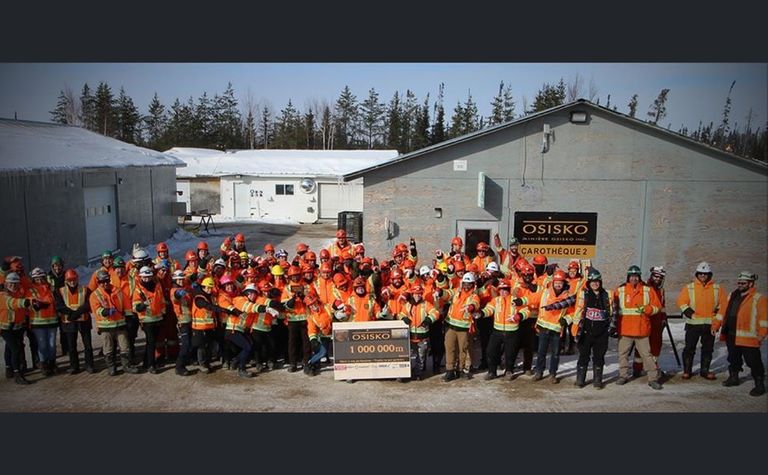 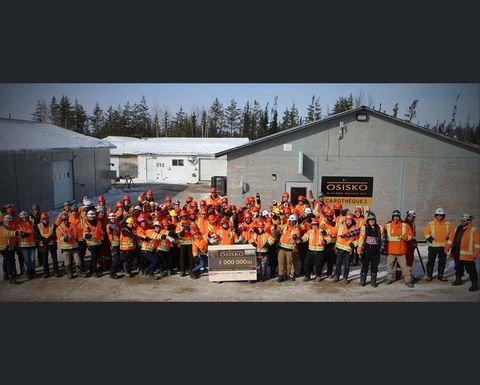 The resource is above 1,200m vertical depth but president and CEO John Burzynski said there was "strong potential for expansion" in the known Lynx zones which down-plunged below 1,200m, adding the Triple 8 discovery about 1,500m depth was not included in the update.

The company recently completed 1 million metres of drilling at Windfall, including the longest diamond drill hole in Canada which it said showed strong indications the gold system extended to depths beyond 2.5km.

Osisko had announced a series of high-grade hits from drilling at Windfall last year, including 2m at 2,223g/t from 65m which earnt it third place in the list of top 10 publicly reported intercepts in 2019.

"The number of ounces and average grade at Lynx has continued to increase as we advance the resource infill drilling," Burzynski said.

The company had raised about US$46 million in December through a two-tranche issue of flow-through shares priced at C$4.70 and $3.40.