Recently-listed Class 1 Nickel and Technologies has announced an updated resource for its amalgamated, past-producing Alexo-Dundonald nickel-copper-cobalt project in Ontario, as it looks towards potential for a bigger direct shipping model. 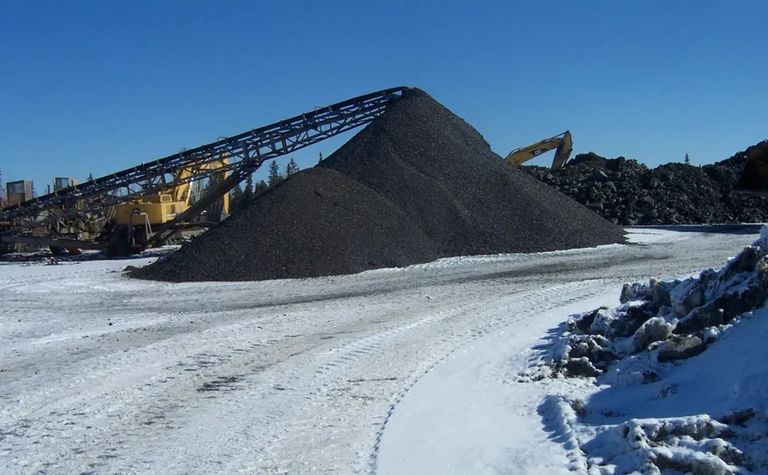 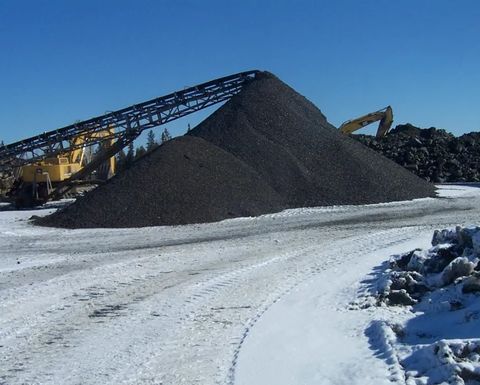 A crushed ore stockpile at Alexo, pictured in 2005, at Class 1 Nickel and Technologies’ Alexo-Dundonald project in Ontario

It said the resource now comprised indicated 1.25 million tonnes at 0.99% nickel and an inferred 1.01Mt at 1.08% nickel, a 119% and 1,400% increase since the previously reported estimate dated June 30, which was based on the Alexo-Kelex deposit.

The company said in August it had engaged consultants to upgrade Dundonald's historical resource and combine it with Alexo, now it had consolidated the nickel-copper-cobalt sulphide projects into one 20sq.km land package near Timmins.

"This project has indicated the viability of a direct shipping model on several occasions in the past," president Benjamin Cooper said.

"This time we are operating in a rising class 1 nickel market with truly global demand and our company is envisioning a much bolder, larger, stronger approach utilising greater financial backing and capacity with a plan to ship more mineralised material, faster and more efficiently than previously possible."

The company said small-scale openpit nickel mining and direct shipping mineralised material production last occurred at Alexo-Dundonald in 2004-2005, followed by more mining and stockpiling in 2011 in conjunction with the signing of a custom processing agreement with Glencore's Strathcona process facility near Sudbury.

The company also has an option on the Somanike nickel-copper project in Quebec.

It announced plans last month to raise up to C$3 million at 80c per flow-through unit and 70c per hard dollar unit, for work at Alexo-Dundonald and Somanike, general working capital "and to fund potential future acquisitions".

Its shares (CSE: NICO) closed unchanged yesterday at 70c, valuing it at $70 million (US$53 million).

Mine production has 2024 start date