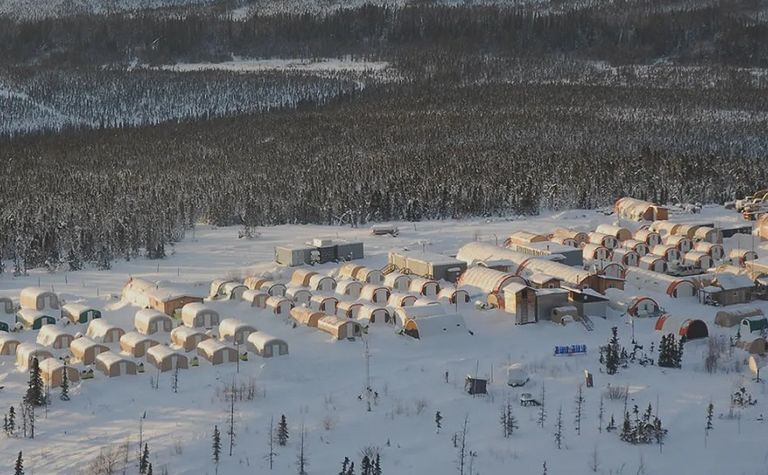 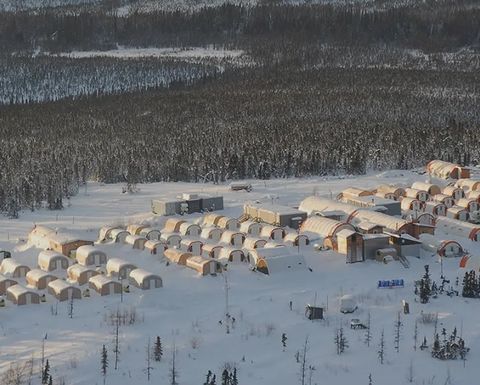 The Donlin gold project in Alaska, a joint venture between Novagold Resources and Barrick Gold

Donlin is described as one of the world's largest undeveloped gold deposits, with a circa 39 million ounce resource grading 2.24g/t, although Barrick was accused of being unenthusiastic about the project in a J Capital Research report last year, which described the project as being so challenging it would never be built.

Novagold filed a lawsuit against JCAP in July alleging it had suffered damages from the short-seller's report.

Barrick and Novagold's 2020 drilling programme at Donlin was the largest campaign at the project since 2008 and designed to validate and increase the confidence in recent geologic modelling concepts.

The pair said on Friday the final 30% of results from the 85-hole programme had been received and were consistent with previously reported results of higher than predicted grade-thickness.

"The highly successful and COVID-free conclusion of the 2020 drill programme, and in particular the strong results Barrick and Novagold have been sharing over the past eight months, represent a major step forward in improving the geological confidence in the Donlin project, a necessary step to advancing Donlin up the value chain," Bristow said in a joint statement.

The partners were planning additional drilling for the 2021 field season ahead of a model update, with the focus then expected to shift to updating the feasibility study.

Donlin was expected to produce 1.1Moz annually over a 27-year mine life, on a 100% basis, according to an updated 2012 feasibility study.

Permitting in Alaska has been in the spotlight with the US state moving to appeal the November denial of a key federal permit for Northern Dynasty Minerals' Pebble copper-gold project, while South32/Trilogy Metals' Ambler Metals gained approval for a road to its proposed project.