After steadily building the platform for development of one of the world’s largest strategic metal and energy resources over many years, Greenland Minerals and Energy (ASX: GGG) has picked up the pace considerably at Kvanefjeld over the past 12 months. Managing director Dr John Mair talks here about the latest progress, and the year ahead. 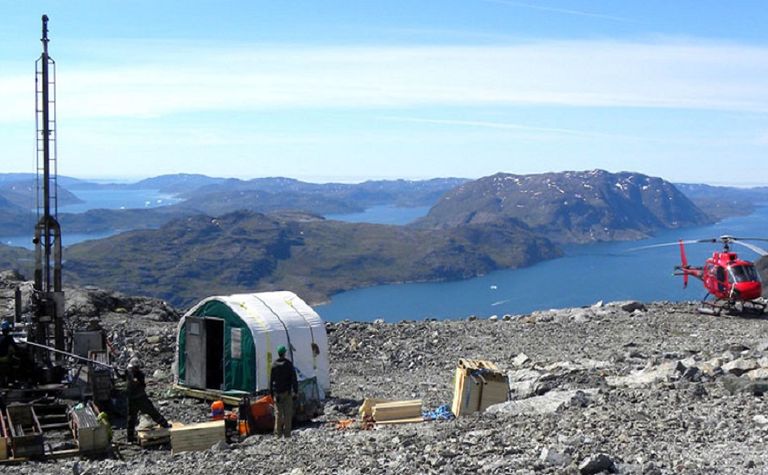 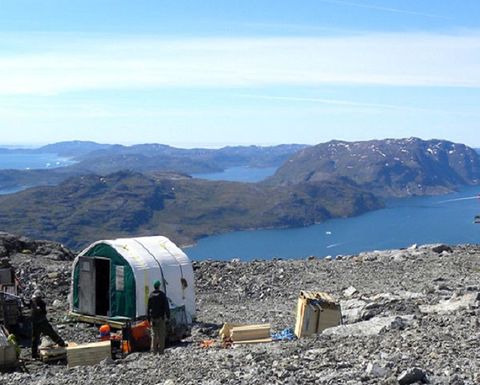 On site at Kvanefjeld in Greenland

RESOURCEStocks: Last year was one of significant achievement for Greenland Minerals and Energy and the Kvanefjeld rare earth oxide/uranium/zinc project in Greenland. Just before year's end you announced the project's Chinese partner, Shenghe Resources, had made important progress with ongoing metallurgical testwork, in China. Specifically, showing REO concentrate grades could be boosted by about 60% (with overall recoveries still at 78%) which, you noted, would have a very significant impact on the project's cost structure, and operating efficiencies. What is the focus of further work in this area, and what timelines are you putting on future milestones?

John Mair: In 2017, a major focus was technical work to validate some concepts that Shenghe had identified that would stand to simplify and increase the processing efficiency. Work programs were undertaken to address both the concentrator and the refinery circuits, and both had very positive outcomes, exceeding expectations. Shenghe's value-add for Kvanefjeld has been outstanding. They are a world-leader in rare earth processing technology.

The process flowsheet for Kvanefjeld was already simple by rare earth standards - it's now on track to get considerably simpler, and that will roll onto into the project cost-structure. The technical developments enhance core project strengths; large output, very long mine-life, very simple low-cost processing.

In 2018, test work is ongoing, and we should have further updates in the coming weeks. We aim to do some pilot plant work in the coming months which will provide detailed data to update feasibility studies. We should have indicative operating costs on modified processing scenario in the next couple months, which will be exciting.

RS: You've said the higher REO concentrate grade opens the door to direct product sales that might "facilitate a staged development strategy with a low initial capital outlay". In simple terms, how could this unfold - what sort of plant scale, capex, etc, and what would be the implications for project start-up timing, and early cash flow generation?

JM: Steenstrupine is a rare earth mineral, unique to Kvanefjeld, that contains 25-30% REO and is easy to process. Shenghe's investigations have endorsed that a relatively clean steenstrupine concentrate - that is, about 25% REO - is a marketable, high-value product, so the technical advances allow us to look into this initial mineral concentrate scenario in more detail. We've commenced a dialogue with Greenland on this scenario as it is more a regulatory matter rather than technical. We will continue to explore the possibility, and identify what is the best scenario for Greenland.

RS: You have also noted the 2016 GGG Kvanefjeld feasibility study used a 14% REO concentrate grade of 14% REO. Related to the first question, what are the next steps vis-à-vis arming yourself with enough reliable information to update the FS projections, based on the revised flotation process now under development?

JM: As mentioned, we'll look into updating operating costs in the near-term, and we'd anticipate this will see Kvanefjeld right at the low-end of the cost-curve, with a large and scaleable output, coupled with a very long mine life. Pilot plant operations will be important to generate data to update studies to a high level of confidence. We will work with Shenghe to conduct these efficiently and cost-effectively. This will allow us to look at updating project design and re-costing areas/items that have changed. We're working on a schedule for these steps at the moment and will update the market accordingly. 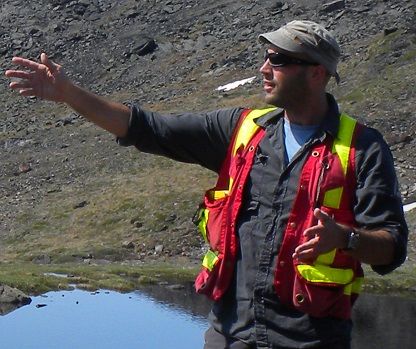 John Mair: 'Shenghe's value-add for Kvanefjeld has been outstanding'

RS: You've talked about the big increase in mineral concentrate grade, with the lower mass pull, leading to equally significant reductions in the size of equipment/hence lower processing capex and opex. What sort of gains are you targeting in these areas?

JM: It is in the refinery circuit where equipment sizing will really come down. This is due to a higher grade, lower mass mineral concentrate, but also to enhancements to the leaching process that sees much shorter residence times, and smaller leach tanks. We're also looking into readdressing reagent logistics and assessing a shipping scenario versus on-site production. Reagent consumption will be going down, so shipping looks like a highly favourable scenario, and will lead to less infrastructure in Greenland, a smaller footprint and lower impacts.

RS: You are working through with relevant regulatory bodies, and in conjunction with Shenghe, issues associated with possible direct export of Kvanefjeld mineral concentrate. What are the issues, and what changes in the approvals area?

JM: At present we have worked with Greenland and Denmark on safeguard scenarios that would see uranium, a small component of the project, extracted in Greenland. A mineral concentrate scenario would be a variation on this that requires considerations that we are looking into. It would follow precedent scenarios such as the trade of monazites which is clearly regulated under established guidelines, and groups such as Rio Tinto are participants in that business.

RS: Where else is the joint project optimisation program focused this year?

JM: With a lot of progress made to-date on project optimisation, we'll be starting to look at commercial development in more detail. This will look at the marketing and off-take of a range of rare earth products. We'll be drawing on Shenghe's international marketing capacity and customer network. Its and important area of the business to start to develop and is ultimately a pre-cursor to project finance.

RS: When do you expect to finalise an optimum pre-production reagent regime for the project, based on ongoing work in China on this?

JM: Active work programs continue in China under Shenghe's guidance. This will firm up reagent schemes that will then be evaluated at large scale in pilot plant operations. Shenghe utilise a series of leading laboratories in China that have delivered for them in the past and have delivered excellent results to date for Kvanefjeld.

RS: What are other key upcoming milestones for Kvanefjeld over the next six months?

JM: The other main area of focus for us remains progressing through the permitting steps. We made a lot of progress in 2017 and by mid-2018 we'll have both environmental and social impact assessments updated, and back with the Greenland government. These will be very rigorous studies drawing on the work of numerous independent expert groups and will be the most comprehensive assessments of a mining project in Greenland. We are confident that the studies will clearly demonstrate that there are no risks that cannot be effectively managed and mitigated, and that the project will present great opportunity for Greenland. This is an important milestone, as there has been a lot of work conducted in the permitting area. Kvanefjeld is a relatively simple mining project; certainly by rare earth standards, but it is important to provide rigorous indepth studies to ensure stakeholder confidence.

Greenland recognises that it has a really great opportunity to become a globally significant contributor to the rare earth supply chain. The government understands the significance of Shenghe's participation, as Shenghe is one of the first large-industrials/miners to step into a Greenland project.

This year at the PDAC, they're including a special session in the Greenland Day to promote their emergent rare earth industry.

There is a critical moment approaching in rare earth supply and demand, with China looking to cap primary supply in 2020, right when demand is set to surge dramatically. The positioning of Kvanefjeld is now well-coordinated to capitalise on a looming supply gap.

Kvanefjeld on the cusp