Sky is the limit for BSK at Amarillo Grande 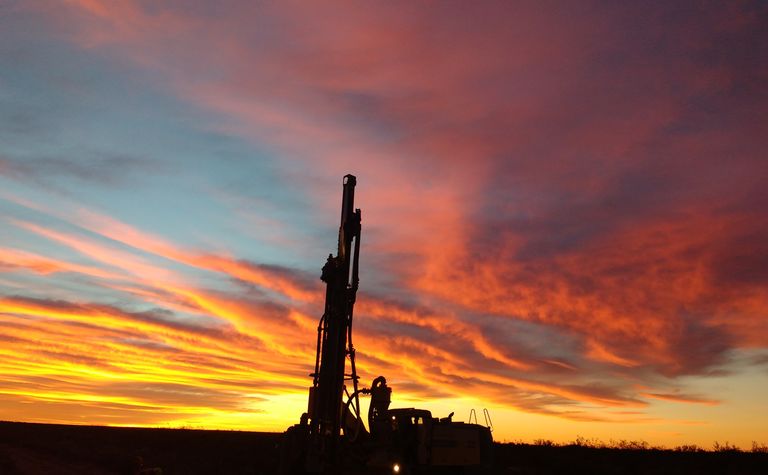 Vancouver-based explorer Blue Sky Uranium (TSXV:BSK) is optimistic the underexplored property has the potential to expand beyond its current resource boundaries. Results from the most recent round of drilling show the deposit remains open to expansion, according to the junior.

"We have barely scratched the surface at Ivana. We have a land package comprising 145km and less than 10% of that has been properly explored to date," president and CEO Nikolaos Cacos told RESOURCEStocks in an interview.

Blue Sky has control over about 269,000ha in an emerging uranium and vanadium district. Exploration to date had demonstrated near-surface mineralisation, with good processing characteristics. The company released an initial resource estimate for Amarillo Grande in March, which outlined the largest uranium discovery in Argentina in 40 years.

Cacos said the company would continue to advance high-priority targets in the Ivana area, while it worked on progressing the processing design and metallurgical test work to support a preliminary economic assessment for the project.

To this end, mineralogical, metallurgical and process engineering studies were ongoing at the Saskatchewan Research Council under the guidance of the company's technical advisor Chuck Edwards.

Blue Sky was working towards releasing the PEA before year-end.

The project's Ivana deposit has an inferred resource estimate of 23.9 million tonnes averaging 363ppm U3O8, containing 19.1 million pounds of U3O8 at a 100ppm uranium cut-off. It is hosted in a 5km mineralised corridor that remains open to expansion. The deposit hosts relatively high grades, reaching up to 10,517ppm U3O8 over a 1m intercept, or about 1%.

The company is busy undertaking aggressive exploration on its land package, in the hopes of uncovering more uranium over the three known targets at Santa Barbara, Anit and Ivana.

"The Ivana target has the largest, highest-grade zone of uranium/vanadium mineralisation found at the Amarillo Grande project to date, and understanding it fully is the key to uncovering the potential of the 145km-long mineral belt controlled by Blue Sky," Cacos said. 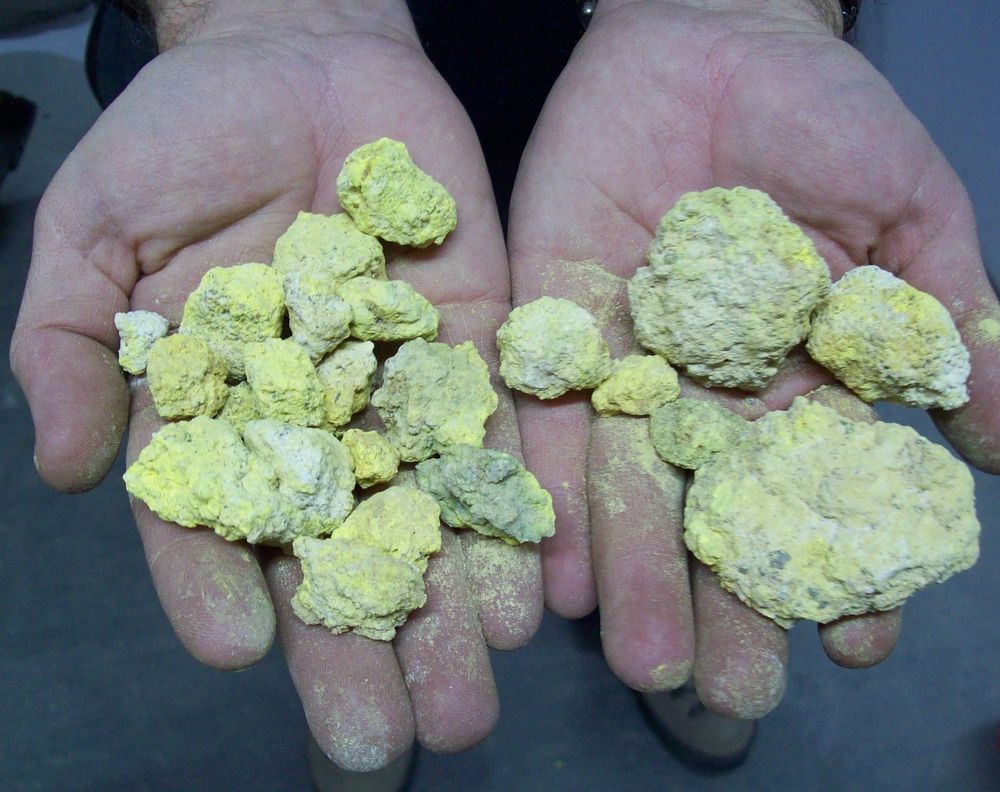 Significantly, the Amarillo Grande project is also host to vanadium mineralisation on a roughly 1:1 ratio, Cacos said. Drill results have included 3,411ppm vanadium pentoxide over 1m at the Anit target. This provides further operational upside as vanadium prices continue to move above $28.10/lb, compared with its typical historic range of between $3 to $5/lb, last seen as recently as early in 2017.

"Amarillo Grande is an excellent candidate to become the first low-cost, domestic uranium supplier in Argentina. We are engineering the project to be profitable in today's uranium bear market environment. Internal calculations have shown excellent economics," Cacos said.

The nature of the deposit potentially lends itself to a short development lead time, at low capital cost. The mineralisation is hosted in unconsolidated sands and gravels, which could be leachable and potentially upgradable at the mine site at low cost. The provisional model will have a central processing plant being fed by three satellite deposits.

According to Cacos, despite Rio Negro being a highly prospective region for uranium mineralisation, there had been next to no exploration projects in the province when the company made the first discovery at Santa Barbara in 2007, aside from the Atomic Agency for Argentina's deposit in Chubut, called Cerro Solo.

Cacos is excited about the agency's research and development efforts for a compact modular nuclear power plant, which could unlock significant economic potential in domestic and international markets, he said.

He pointed out the Amarillo Grande project was supported by a robust domestic nuclear growth strategy mandated by the Argentine government, that would seek to more than double nuclear power usage by 2025.

The country currently has three operating nuclear plants and six research reactors in operation. One new nuclear plant is under construction, with two further plants in the planning stage and another two proposed.

Argentina currently has no domestic uranium supply, leaving a gap open for anyone who can provide domestic security of uranium supply to the country. This would almost certainly guarantee the state becoming a first customer for a local uranium supplier.

Cacos said the host Rio Negro province was pro-mining and had created a robust and supportive regulatory regime. This was a significant advantage, considering the difficulty some competing uranium explorers in the country were dealing with, such as the significant political opposition to mining and the ongoing openpit mining ban in neighbouring Chubut province, where viable uranium deposits had also been found.

Blue Sky is part of the Grosso Group of companies, which was a first mover when the country's international relations thawed and had been active in Argentina for 25 years. 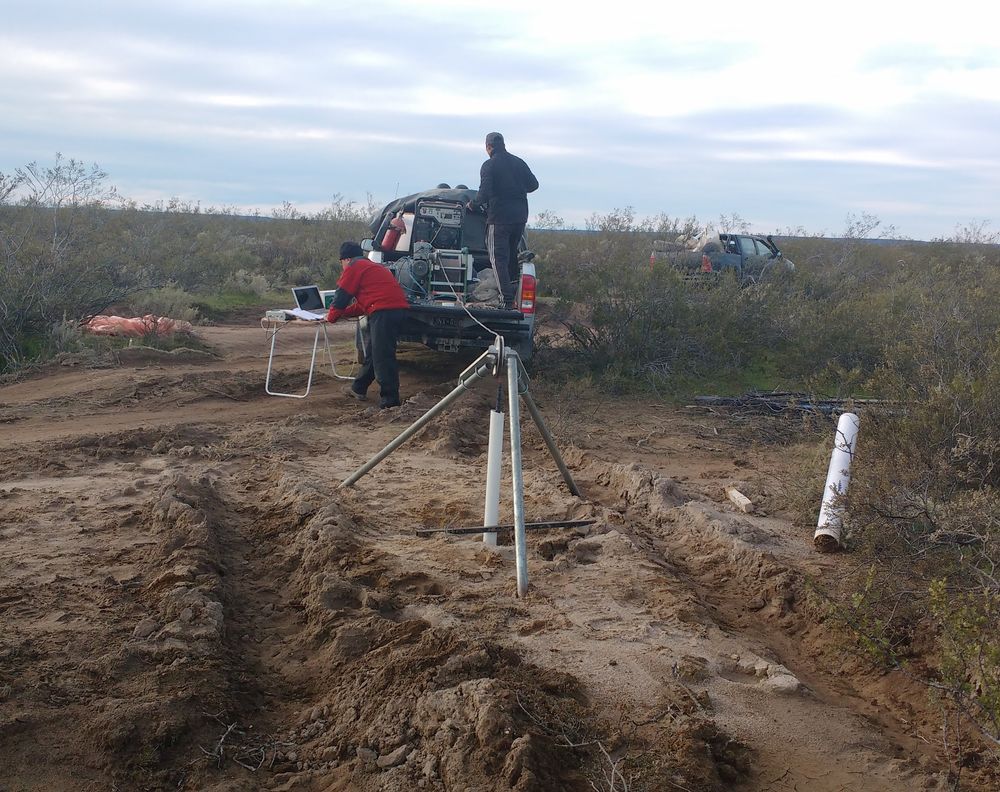 Cacos emphasised the company, with a current market valuation of only about C$16 million, is creating value for shareholders able to take a contrarian approach to investing, by delineating uranium and vanadium resources at the company's flagship Amarillo Grande project, in Argentina.

The objective is to build value ahead of a return to a more positive uranium market.

There are about 71 nuclear reactors currently under construction in 12 countries, with a further 165 planned and another 315 proposed.

Spot uranium prices have in recent months moved off their 2017 lows of around US$20/lb to more than $27/lb in October.

This was mainly the result of production cutbacks by the majors, such as Canada's Cameco (TSX:CCO), which recently announced an indefinite shutdown of its McArthur River mine - the world's largest uranium mine. Successive production cuts in Kazakhstan - the largest uranium producing country - have also helped to bring the price back from the brink.

Recent research by investment management firm Morningstar showed global uranium demand could rise by about 40% by 2025. Low secondary supplies should start affecting price negotiations by 2019, and the market is anxiously awaiting a return to contract pricing among power utilities to push the price back past $65/lb - seen as the average incentive price for new developments to get off the ground.

"There is no reason to believe that nuclear power is a has-been," Cacos said.

"The fundamentals remain just as compelling today. Getting into the game early will ensure investors are well positioned for when the price runs again. Our current share price provides a lot of leverage for investors."

He said research had shown only about half a barrel of uranium oxide is required to meet the energy needs of one person for life. "Society will get over its largely unfounded fears. It is true that the uranium industry might have started out on the wrong foot, but it holds the key to society's base-load requirements as we move away from burning fossil fuels and embracing renewables."

Over the past year Blue Sky's stock has ranged from C13c to C32c, and traded at C15.5c on Tuesday this week. Management and close associates hold about 55% of the company's shares.