AIM-listed Bezant Resources is bringing one of the world’s best undeveloped porphyry copper-gold deposits back into development contention following a turnaround in sentiment towards mining in the Philippines. 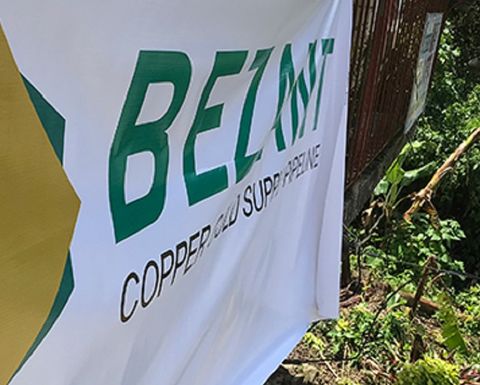 Bezant was a bona fide market darling back in 2007, with the company's share price peaking at £120 on the strength of the company's ownership of the Mankayan deposit, in a long-established mining district about 250km by road north of Manila.

The excitement was justified. A nine-hole drill program by Bezant between 2007 and 2009 confirmed the results of historical drilling and led Snowden to publish a JORC 2004 indicated resource estimate of 222 million tonnes at 0.49% copper and 0.52 grams per tonne gold. Inferred resources lift the total tonnage to almost 260Mt, with contained metal of 1.45Mt of copper and almost 4 million ounces of gold.

The tonnage figures are also not the full story for Mankayan. The deposit, which starts at a depth of about 300m and is therefore suited to underground development, remains open along strike and at depth. South Africa's Gold Fields agreed, signing up in 2011 to a US$70 million option over the deposit. Its first hole, drilled outside the Snowden resource area, intercepted an eye-popping 342m at 0.6% copper and 1.10gpt gold.

The future for Bezant could not have looked much brighter, but the tide turned in 2012 with a significant policy shift against mining by the Aquino government, making investment into the Philippines at the scale needed for Mankayan extremely problematic.

While undergrounding mining operations were not the target of a new executive order because of their lower environmental impact, the entire industry was hit with bans on exploration, declarations of large "no-go" zones and uncertainty about taxes and royalties. The Philippines had effectively put up a "closed" sign to the international mining community, despite being the world's fifth-richest mineral country in terms of gold, copper, nickel and chromite.

Bezant's misfortunes were compounded when Gold Fields elected in 2014 not to exercise its option over Mankayan as part of a de-risking of its global portfolio. By that stage, Gold Fields had paid Bezant US$9.5 million. About half of this was returned to the company's shareholders, providing some consolation for the unfortunate turn of events. 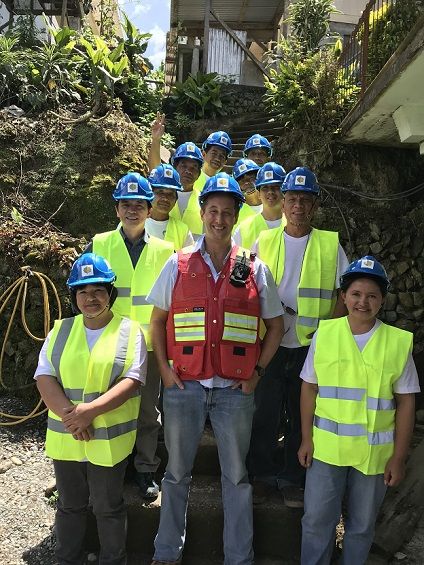 While Gold Fields cut its exposure to the Philippines, the country's compelling prospectivity kept it invested. Just 3km south of Mankayan, the South African miner had spent US$220 million between 2010 and 2012 to secure a 40% stake in the Far Southeast project from local mining house Lepanto.

The gloom over the Philippines is finally lifting. The shift began in 2017 with the resignation of mines minister and self-proclaimed environmentalist, Regina Paz L. Lopez, and reached a milestone in July this year with a new executive order lifting of the ban on exploration. While the government continues to clamp down on open cut mining, especially lateritic nickel, the country is cautiously welcoming investment in underground mines.

Read said there had been tangible improvements in the mining regime. "Our licence renewal is a sign of that, and we are now seeing increased interest from miners outside the country. A lot of effort is going into improving relations between the Philippines and China, which is supporting new avenues for mine development."

Bezant has been one of the first explorers to take advantage of the new pro-mining regime. In May, it secured a new mineral production and sharing agreement (MPSA) allowing exploration to resume.

Bezant is grabbing its second chance at Mankayan with both hands under the leadership of new chairman, Colin Bird, and new CEO, Laurence Read. Bird has built a strong following with investors over a 40-year career, which includes the sale of Zambian copper-nickel explorer Kiwara plc to First Quantum for US$260 million almost a decade ago. Read had been non-executive director of Bezant prior to taking over the CEO role and has a long track record as an adviser to resource companies.

The new leadership has refocused the company on copper and gold. An alluvial platinum asset in Colombia was sold in April, trimming the portfolio back to Mankayan and a highly prospective copper-gold project in Argentina known as Eureka. Funds from the sale and two capital raisings this year have topped up the company's cash reserves. 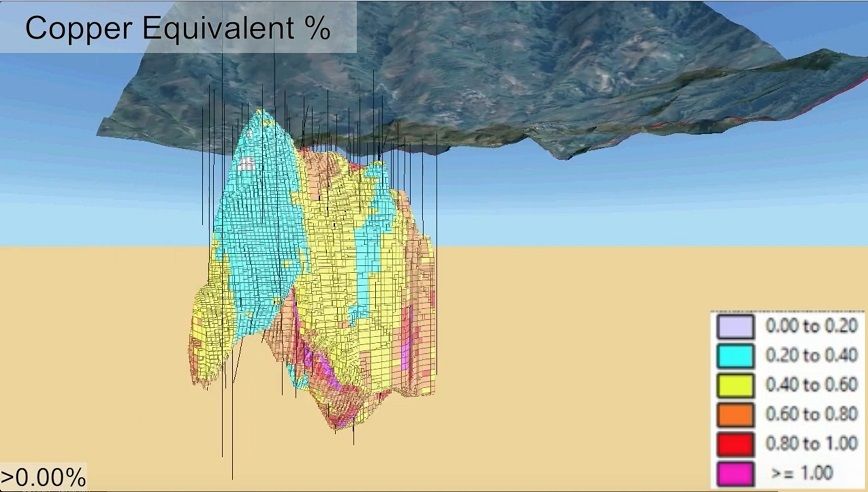 The refocus on copper-gold is not just because Bezant has an opportunity again with Mankayan, but the bullish outlook for the red metal. Metal analysts have warned for years the world does not have enough copper supply, and that was before the electric vehicle revolution took demand projections to another level. Big, undeveloped copper deposits are a scarce commodity. Big, undeveloped copper deposits with the type of grades and economics of Mankayan are even harder to find.

The strong financial metrics are laid out in a 2010 scoping study for a block cave mining operation by Mining Plus and TWP Australia. This was updated and revised by GHD in 2014, leading to a number of improvements to the mine design.

At a mining throughput of 20Mtpa, Mankayan is calculated to have a potential post-tax internal rate of return of 21%, post-tax net present value of US$739 million (at an 8% discount rate) and total post-tax net cash flows of about US$3.7 billion.

These figures are based on a long-term copper price of US$6,614/t, and would head into the stratosphere if the copper price achieved Citibank's baseline copper price forecast of US$9,000/t by 2028.

Bezant believes developments in mining technology since the original scoping study create further room for improving the economics of Mankayan. The next logical step is a full prefeasibility study, backed by a new partner with the scale and resources to develop world-class porphyry copper mines.

Bezant has cleared the way by conducting a bottom-up review of everything from drill core to engineering reports, as well as permitting and community investment. During its active years at Mankayan, Bezant maintained a spotless record with local communities, and is already back on the ground working with local communities since the renewal of its MPSA.

Read says while Mankayan is the flagship asset, the Eureka copper-gold project in Argentina has the potential to become a low capex, high-grade mine once further work has been done on the feeder zone targets located below the conglomerate layers.

Eureka is the site of historical, small-scale mining activity, located near the border with Bolivia and 230km north of the northwest regional capital of San Salvador de Jujuy. Total past production via a number of near-surface adits is estimated at 70,000t grading 4gpt gold.

Previous owners took Eureka to an advanced exploration stage and had estimated resources of 62Mt at 1% copper and 600,000t at 2.7gpt gold. The company has identified three styles of target - sedimentary or "red bed" copper as multiple, stacked channel deposits, the underlying feeder structures and quartz-vein hosted gold.

The best example of red bed copper in the district is Coroccoro in Bolivia, which contains 50Mt at 0.55% copper. While Eureka already looks like having higher grades, Bezant believes there is potential to improve grade further by focusing on the structurally controlled feeder zones that have been revealed by geophysical surveys. Quartz-vein hosted gold is also an attractive target, with historical gold grades at Eureka as high as 112gpt.

With multiple options and potential for near-term cashflow, Eureka is a great complementary asset to the heavyweight Mankayan project in the Philippines. It's an impressive double act that puts Bezant in an enviable position to ride a copper boom that is just getting underway. 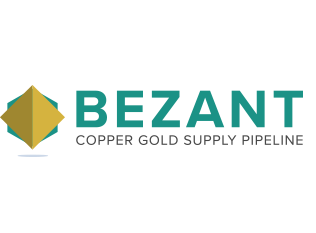