Azumah ready for take-off in Ghana with 1Moz

A recent decision by Azumah Resources (ASX: AZM) to bring in a partner with an innovative model for funding exploration is paying huge dividends, with ore reserves at the Wa gold project in West Africa jumping by 65% to more than one million ounces. 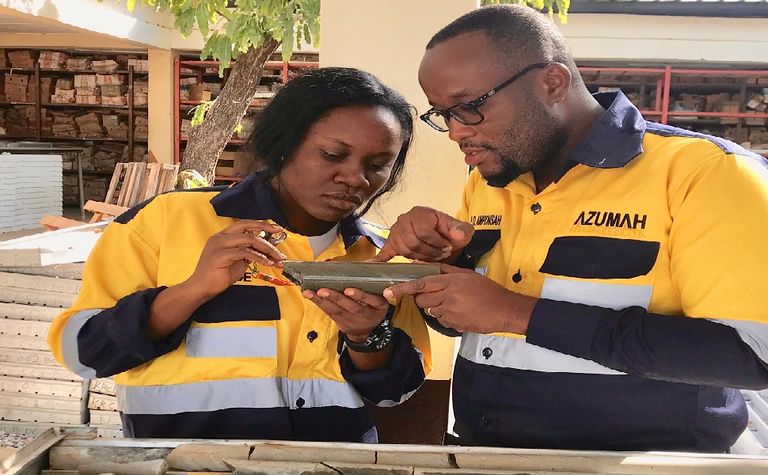 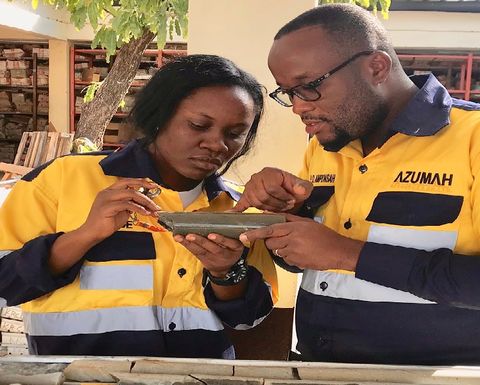 Azumah has been a perennial name in the gold exploration scene in Ghana, which was running hot before the GFC. A decade later, Ghana is only just making it back on the radar of North American and European investors, despite its status as Africa's second largest gold producer.

To its credit, Azumah never lost faith in the underlying prospectivity of its 100%-owned Wa project in northwest Ghana and continued exploring despite limited funding available through the ASX.

But frustrated with the public market, the company in September 2017 struck a deal with Ibaera Capital. The Perth-based private equity firm was founded by a group of innovative mining leaders who could see the public funding model was largely broken, and that great projects were being left behind.

While private equity firms in the mining world are not new, Ibaera stands apart because it brings to bear the full value of its geological and mining expertise. In Ibaera's case, this includes former Fortescue Metals Group executive James Wallbank, and Dr Jon Hronsky, the brilliant and passionate greenfield explorer who received a Medal of the Order of Australia in this year's Australia Day honours.

Under the deal with Azumah, serious money is being pumped into the Wa project for the first time in almost a decade, with Ibaera committing to spend US$11.25 million to earn a 42.5% stake. Azumah's participation in the Wa project is fully funded by Ibaera until a development decision.

Most of that investment is going into revamping a 2015 feasibility study and completing a 40,000m of drilling. The big drilling program aims to further boost reserves and resources as well as investigate some exciting high-grade mineralisation sitting below the current pit designs at the Kunche and Bepkong deposits.

The program has already yielded spectacular results. Azumah announced at the end of January a new ore reserve figure of 1.03 million ounces, a 65% increase. This is within a much-increased resource at the Wa project of 2.5 million oz.

The company also announced updated feasibility study numbers. The capital cost for the proposed carbon in leach plant is now set at $US117 million, with a payback period of just 1.6 years from an open-cut mine producing an average of 107,000oz per annum over the first seven years. The strong financials are underpinned by an average head grade over the first eight years of the 11-year mine of 2.06gpt gold.

Azumah managing director, Stephen Stone said the recent drill results had transformed the Wa gold project into "an extremely compelling" development opportunity. "The project is now well primed to be Ghana's next commercial-scale gold mine, with mining leases already granted, environment permits well advanced, grid power to site and the strong support of the Ghana government."

As exciting as that is for Azumah after a decade of struggle, the discovery of high-grade gold by Ibaera in fresh rock below the opencut reserves could see the Wa project quickly transform into something even bigger. 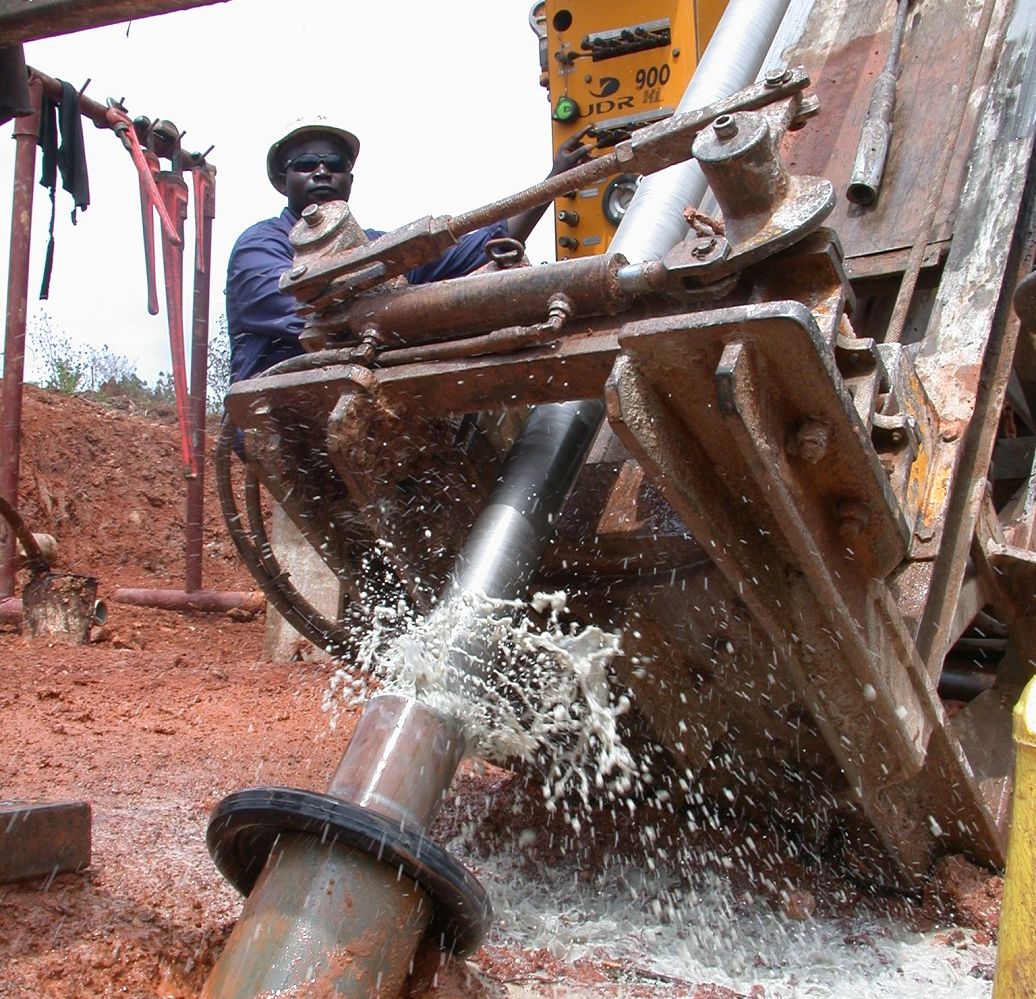 Azumah announced at the end of January a new ore reserve figure of 1.03 million ounces, a 65% increase

Stone said one of the reasons Ibaera's Dr Hronsky was drawn to Wa project was its classic setting of orogenic gold in greenstones.

"He grew up with that deposit style in the WA gold fields and is a world expert, so it was natural to think there should be high-grade feeder shoots at Wa, just as there are at Sons of Gwalia and so many other greenstone deposits back home."

The key was to understand the structures that control the pathways for the high-grade gold. After detailed work by Ibaera to relog Azumah's drill core and analyse the structural geology at every possible scale, the company began drilling early in 2018 for targets below the known resource. 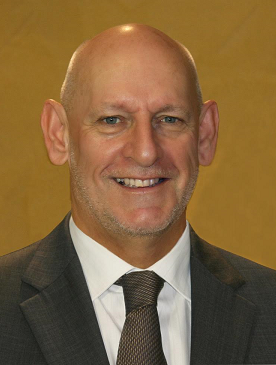 Stephen Stone: "We could see a step-change in the scale, longevity and economics"

The successful work to define the structural controls on high-grade ore shoots also led to a new high-grade eastern lode at the Bepkong deposit that could transform the proposed 100,000oz per annum project by adding an underground mining operation. This new lode is ‘blind' in that it does not have an expression at the surface, which says volumes about the potential that could be unlocked at Wa by the new understanding of the controls on mineralisation.

Stone said the latest drill results confirmed the discovery of a large, well-developed mineralised system with unknown depth. "Importantly, the system contains several thick, consistently mineralised high-grade shoots that could support declining down from the bottom of the planned open pit.

"We could see a step-change in the scale, longevity and economics that go well beyond the already financially robust operation envisaged in the feasibility study we are now finalising."

Drilling at Bepkong is being accelerated with the aim of getting quickly to a maiden resource estimate and assessing the economics of the high-grade ore shoots.

Looking further ahead, Azumah and Ibaera have just started to scratch the surface of the regional exploration potential within the vast area of northwest Ghana under title.

Stone said the entire area is under shallow cover and the project team is using carefully designed auger rig based geochemical sampling to find the gold.

"It's worked exceptionally well for us, and that's why we are now at a 2.5M oz resource and expect to increase this substantially, especially given our prospective 2,400km2 tenure."

Stone said Ghana is working hard to get back on the investor radar with investors. "I think we would get a lot more love if we were exploring and developing in Australia, but ultimately the tremendous gold endowment of the country, its political stability and being a safe jurisdiction make it one of the best destinations to explore for gold in Africa.

"Of course, it helps to have such a tremendous partner in Ibaera. They understood the opportunity and are transforming Wa into something that I think will be pretty special."

Interestingly, Azumah is the first and still the only investment by Ibaera, despite patient and close study by the private equity firm of hundreds of other possibilities.

Stone said the Ibaera model for funding and exploration management was working magnificently for Azumah.

"We now have a tremendous team focused on this project, including several who were senior executives at Andrew Forrest's FMG so I guess they learned a lot about how to get things done and they have brought that expertise over to this project."

The rapid pace of activity ensures there will be a continuing stream of news this year. Investors can look forward to a finalisation of the feasibility study, to be published in Q3 2019 and, in the short term, results from follow-up and deep drilling at Bepkong followed by more results from chasing that stunning Kunche high-grade intercept. 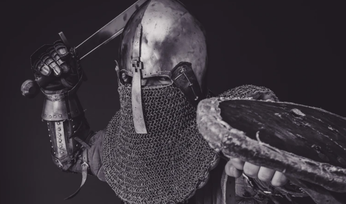 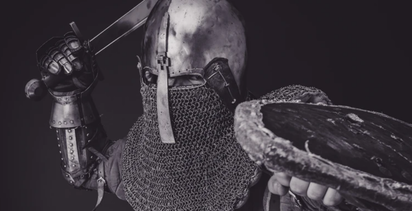 Ghana's next gold mine in Azumah's sights