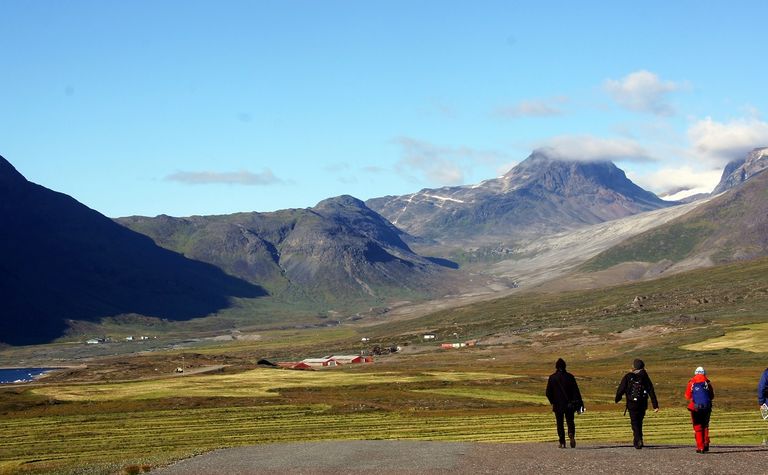 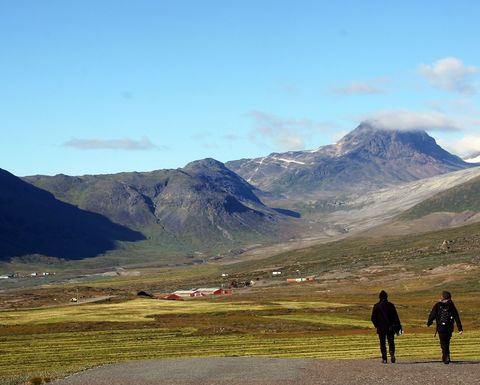 Greenland Minerals’ project infrastructure is planned to be located in the Narsaq Valley, with 7km between the mine area on Kvanefjeld plateau (left of centre) and tidewater where new port facilities are planned. Direct shipping access to the project area is a major logistical advantage.

Greenland Minerals' Kvanefjeld project has a 1 billion tonne resource and the company describes rare earths as "part of the DNA of modern technology", being key components in products from wind turbines to electric vehicles and rechargeable batteries, at a time of a global political push towards greener energy alternatives.

The country is also establishing itself as an emerging mining jurisdiction and is simultaneously attracting geopolitical interest given its strategic proximity to Europe, North America and the Arctic.

Meanwhile, China recently highlighted its current dominance of the rare earth sector, with president Xi Jinping visiting a rare earth processing plant in May during heightened trade tensions with the US.

And further interest has been piqued by Australian conglomerate Wesfarmers' recent A$1.5 billion proposed bid for ASX-listed Lynas Corp, the only integrated rare earth producer outside China.

Against this macro backdrop, Greenland Minerals is bringing a collaborative approach to establish a project of global significance with products that can facilitate the shift in the world's energy agenda.

With the company's share price hitting a one-year high in May, managing director Dr John Mair said the company and Kvanefjeld were becoming less of a curiosity and better understood by the market.

"The attention now in 2019 is now very much back on the rare earth world and there's a very good market moment coming up to bring new projects online, particularly if you're looking to do something of significant scale," he said.

"With the investor spotlight on rare earths, Greenland shines bright - people can see it for what it is - and it's pretty impressive."

Kvanefjeld's 108 million tonne ore reserve supports an initial 37-year mine life and the project is expected to be one of the largest global producers of neodymium, praseodymium, dysprosium and terbium, along with uranium and zinc by-products. 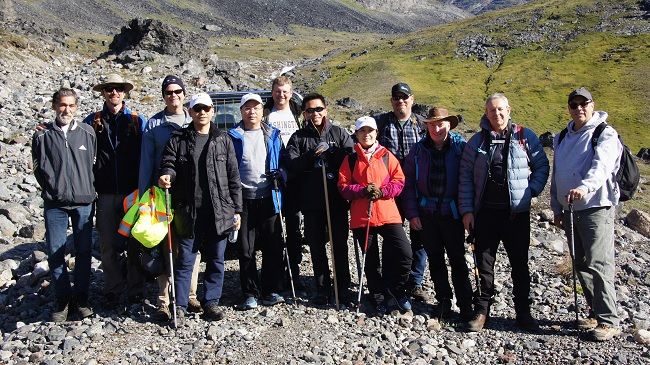 Strategic shareholder and rare earth specialist, Shenghe Resources Holding Co, played a key role in simplifying the processing circuit, which has improved recoveries by 8% to 94% and positioned Kvanefjeld as one of the lowest-cost, high-margin undeveloped rare earth projects in the world.

The improved metallurgical process reduces the operating costs from the 2016 estimate of US$8.50/kg of rare earth oxide, inclusive of by-product credits, to less than $4/kg REO, against a current basket price of $13.23/kg, and a conservative longer-term forecast of $19.55/kg.

"It's not a major change in how we process it but a simplification in the two main steps," Mair said.

"There's a little bit of work to tighten that up but we've pretty much got to where we're closing that out and updating the project metrics in terms of operating costs and capital costs, based on that improved configuration and performance."

The revision of civil costs, led by Nuna Logistics using input from specialist consultants and taking advantage of local materials, has cut $138 million from the forecast figure, taking it down to $175 million.

Mair is confident a nearly-completed capital cost update for the project will also "come down substantially", from circa $830 million outlined in 2016.

"That's important because I think capital cost is always seen by the market as a general barrier to entry," he said.

"Rare earth projects by nature are not very cheap but we're aiming to be very competitive across key metrics.

"When you consider what you are actually getting for capital outlay, we'll have a big output over a very long minelife so ultimately your capital intensity is very, very low."

Since then, Greenland has also allowed for the possible production and export of uranium, with the International Atomic Energy Agency making a site visit to Kvanefjeld about six months ago. 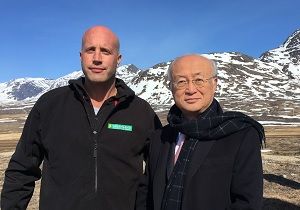 The fact Kvanefjeld's substantial 592.84 million pound uranium resource is considered a by-product speaks to the scale of the rare earth project, which looks set to have plus-100 year significance.

Mair sees Kvanefjeld as representing a seismic shift for the rare earth sector due to its scale, simplicity of processing and by-product credits.

"I liken it to the copper industry," he explains.

"Until the 1980s, copper was traditionally produced from smaller, high-grade deposits and it was around the time of Grasberg discovery in Indonesia that a shift in copper supply commenced to meet a massive demand surge and that was a shift to expanded porphyry copper production; bulk, simple with by-product credits.

"Pretty early on it was clear we had scale … however, it was the ability to process it in a simple, efficient manner that really became the core focus."

The Shanghai-listed company is also invested in MP Materials, which operates the Mountain Pass mine in California, the only rare earth mine and processing facility in the US.

Mair said the rare earth sector had an interesting dynamic and of the emerging producers, Greenland Minerals was fortunate to be linked to the major downstream operator.

"Shenghe's refining and separation capacity and market connectivity in terms of international customers in Europe, North America, the Middle East, South Korea and Japan is a massive assistance for us because it provides a genuine path to market," he said.

"Phase 1 of our cooperation with Shenghe has focussed on optimisation. With major progress achieved, we will increasingly focus on the downstream processing and commercial strategy, as outlined in our commercial agreement of 2018."

After the review period, Mair is looking forward to getting a clearer development timeline and mapping it out with stakeholders.

"With projects like this that have a long mine life, it's critical you get the starting point right," he noted.

The local community is keen for the project to get underway, looking for a substantial economic boost to southern Greenland.

The municipal authority, Kommune Kujalleq, and the Kujalleq Business Council, signed an MOU with the company in March with a view to teeing up a participation agreement regarding Kvanefjeld's development.

Mair said there was confidence in the company and the project, cemented by relationships established in the plus-10 years Greenland Minerals has been working to advance Kvanefjeld.

The company is well-funded to continue its derisking and optimisation as it aims for a substantial rerating.

It had about A$5.7 million cash in hand at the end of March, thanks to a $10.25 million raising in late 2017 at 9c per share and about $2 million from the exercise of options late last year.

Returning to the broader rare earth sector, the company expects a surge in demand, citing energy initiatives and the possibility of China capping primary production next year.

Mair also believes a past lack of confidence in the surety of rare earth supply has potentially restricted growth for product applications.

"By broadening the supply networks, it brings a lot more confidence, which serves to strengthen growth and ultimately demand," he said.

Taking another step back to view the bigger picture, Mair said climate change was a prominent issue the Arctic community and in Europe and a greener future was aligned with Greenland's brand as the country stepped into a greater profile in the global community.

"Where all this comes together is that China has interests and some of them are very much aligned with broader global interests in terms of the Arctic that through, for example, the development of projects like we're doing with support from Chinese industry, allows you to bring on a cost-effective supply of materials that are critical to these kind of agendas," he said.

"It really becomes a world project with participants from many different places who are plugged into positive global agendas.

"Ultimately in our success we'll see jobs, growth and revenue for Greenland and while participating in those agendas."

Kvanefjeld project looks unlikely to be developed in current cycle