In an exquisite piece of timing, ASX-listed Silver Mines is nearing a green light on one of the world’s largest undeveloped silver deposits just as silver prices look set for a bull run. 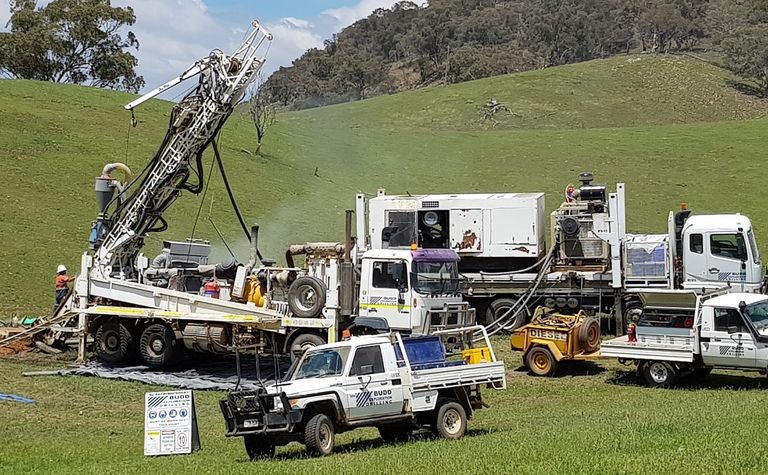 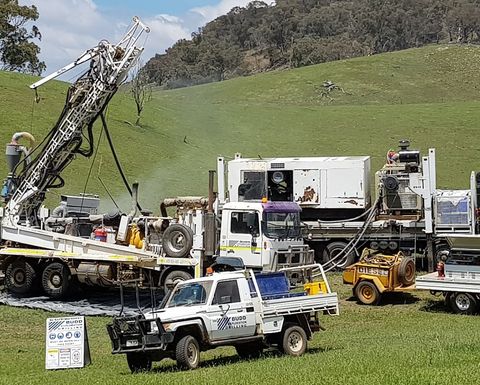 For the past three years, Silver Mines has patiently advanced its 275-million-ounce Bowdens silver project near Mudgee, about 250km northwest of Sydney, New South Wales. With silver prices in doldrums for most of that period, it was tough keeping investors interested.

But Silver Mines managing director Anthony McClure knows the opportunities of the silver business better than most and was confident Bowdens' time in the spotlight would eventually arrive.

McClure was part of the team at Bolnisi Gold, which did the hard yards at the Palmarejo silver-gold deposit in northern Mexico just over a decade ago. Bolnisi was rewarded with a A$1.1 billion takeover by Coeur Mining in 2008. Coeur also did very nicely. Palmarejo was brought into production in 2008 and remains a key asset, with decades of production still in the pipeline.

"The rationale for buying Bowdens back in 2016 was the silver price was down and out," McClure said.

"We were happy to get in there and do the re-risking at the bottom of the cycle because when the silver market turns it comes back very, very strongly and we believe that is what we are seeing now."

Silver Mines' patient, counter-cyclical move at the 100%-owned Bowdens project is certainly gaining recognition now. Sprott Asset Management joined the share register in July as part of an A$2.75 million placement to several investors at A5c a share, with one free option on a one-for-two basis, exercisable at A6c. Investors are already well in the money, with the share price climbing as high as A$14c in recent weeks.

The June 2018 feasibility study for Bowdens highlighted the strong economics of a shallow, opencut mining operation feeding a new processing plant producing two types of concentrate. The project has an estimated capital cost of A$246 million and is designed to produce 52.9Moz of silver, 108,000 tonnes of zinc and 79,000 tonnes of lead over a mine life of 17 years.

"There is a lot more work to be done, but it looks like a silver mine could be just the kicking off point for this district"

The nature of the deposit allows higher-than-average production in the first three years averaging around 5Moz per year. An all in sustaining cost of US$12.94/oz is projected over the life of the mine, delivering a post-tax net present value of A$71 million and internal rate of return of 17.9%. This compares to break even prices for primary silver producers currently in the US$15 - US$17/oz range.

The feasibility study sees the silver price at above US$20 based on consensus forecasts in late 2017, when the price was around US$17/oz. Since then, the price trended down to about US$14/oz, but has rallied to US$17/oz since May amid talk of a new bull run for the metal - the first since 2011.

McClure said the gold-silver price ratio had climbed sharply with the rise in the gold price and was now at its highest level in more than 25 years.

"Some analysts are talking about silver and gold decoupling and that this cycle is going to be different, but historically when the ratio gets to high levels it has always been a clear signal of a bull run in silver," he said.

"The physical market has been in deficit for six of the past 10 years, almost 38Moz of annual production has been lost over the past two years and new projects are few and far between.

"Apart from that, I like to point out that silver is an actual commodity and not just a store of wealth. It's a forgotten metal in the renewable energy revolution. Demand is rising because of its use in electrical componentry. Silver is used in photovoltaic panels and used in a lot more circuitry in electric and hybrid vehicles, which are substantial growth industries. The health care sector is also doing more with silver because of its antibacterial properties. Even the US military is lining combat uniforms with silver for the same reason." 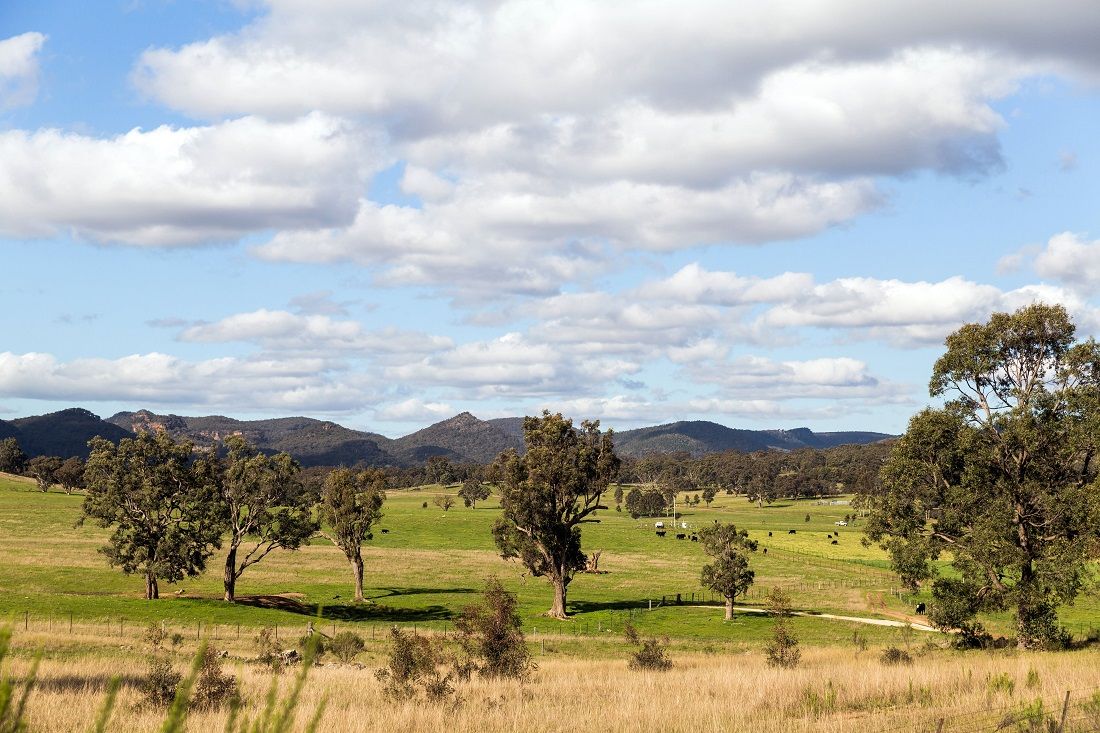 The Bowdens project is in the same region as a number of large mining projects, including Newcrest Mining's giant Cadia gold-copper mine, and has been classified by the NSW government as a state significant development

The next step for Bowdens is the Environmental Impact Statement (EIS) required by the state government of New South Wales. Silver Mines is in the final stages of the EIS, which will be submitted with an application for development approvals before the end of 2019.

The results of key component of the EIS have already been released and look encouraging. The project was found to have minimal impacts on surface water and groundwater. Water for the processing plant will be accessed by a new pipeline from nearby coal fields, along with pit dewatering.

The Bowdens project is in the same region as a number of large mining projects, including Newcrest's giant gold-copper mine, and has been classified by the NSW government as a state significant development.

"NSW is a pro-mining state and one of the world's biggest coal producers. We are in a safe, high quality mining jurisdiction and that gives us a real advantage over a number of other undeveloped silver deposits around the world," McClure said.

While the Bowdens project is the headline act for Silver Mines, the company is generating increasing interest in the copper-gold potential across 2000sq.km of permits it controls along a metal-rich tectonic belt east of Mudgee.

The way this potential is unfolding is a fascinating story that goes back to Bowdens' ownership under Vancouver-based SSR Mining, then known as Silver Standard Resources.

McClure said Silver Standard was solely interested in drilling out Bowdens. Silver Standard sold the project to Kingsgate Consolidated in 2011 for A$75 million. By the time Silver Mines acquired the project in 2016 there had still been almost no drilling under the deposit or along strike.

"It was still very poorly understood. When we came along we were intrigued as to why the deposit was there and wanted to understand whether it was part of a bigger mineral system. What were the other elements involved at depth? Where are the feeder zones? Is there a caldera structure?"

Silver Mines extended some new in-fill drill holes below the deposit and immediately found encouraging results, including semi- massive and massive sulphides with high values of zinc and lead with silver. As the holes went deeper, the mineralisation transitioned, with copper and gold coming into the system along with signs of porphyritic felsic intrusion.

Even more exciting news has come from a new project area known as Barabolar, about 25km northwest of Bowdens. The area had been largely untouched by explorers since Anglo American in the 1970s, partly because the rocks were thought to be Permian age, much younger than the Macquarie Arc rocks that host the Cadia/Ridgeway, Cowal and Northparkes mines.

At Barabolar, a surface mapping and soil sample program has mapped a large mineral system over a strike length of 9km and 2km wide, with strong copper anomalism and even high-grade gold outcrops. There are several high-ranking targets, including the Cringle copper-silver epithermal prospect, the Kia Ora copper-silver-zinc-gold skarn, which has been mapped over 5km-by-800m, and the Botobolar/Hayshed prospect with the markers of a potential porphyry copper system.

The exciting results have coincided with a breakthrough in understanding the geology of the district. Research by Silver Mines in collaboration with the University of New South Wales has proved the rocks in the Barabolar project area in fact part of previously unrecognised eastern limb of the Macquarie Arc.

"It's exactly what you see around Cadia - the same rocks, the same structures, mineralised copper-gold skarns and intrusives. I am not saying we have another Cadia, but we're scratching the surface and we are seeing very similar rocks," McClure said

With pre-development work on Bowdens coming to an end, Silver Mines is getting ready for a major new exploration phase at both Bowdens and Barabolar.

"There is a lot more work to be done, but it looks like a silver mine could be just the kicking off point for this district," McClure said.