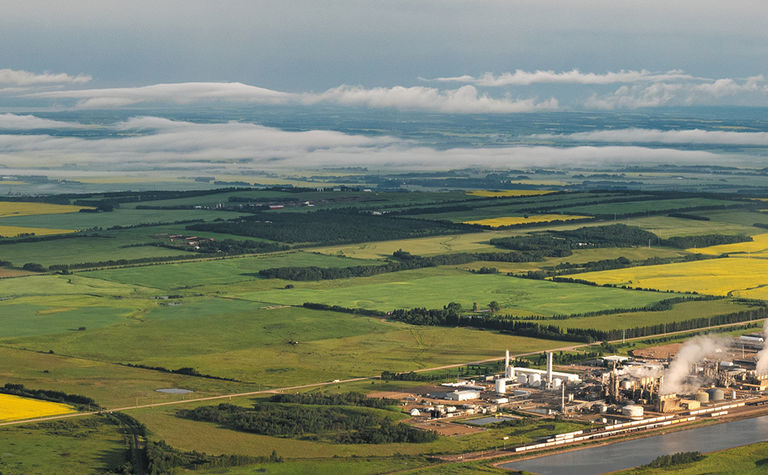 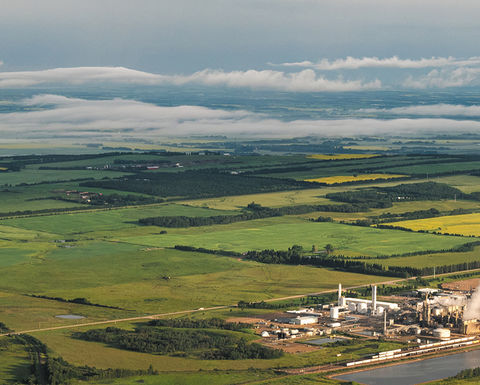 The fields of Alberta

E3 Metals is set to drop the first puck in kick starting Canada's budding lithium production - and it has entered the rink with a big and technologically advanced stick that is tipped to be a game-changer for the sector.

Sporting the world's seventh-largest lithium resource of 7 million tonnes of lithium carbonate equivalent (LCE), E3 Metals will muscle in among the powerhouse producing regions of Western Australia and South America. The company will put Canada on the lithium map with its Alberta-based Clearwater project. And that resource covers just a third of E3's permit area.

As with its South American counterparts, E3 will be producing lithium from brine - as opposed to the hardrock mining method used in Australia. There are, however, a few key differences about E3's play, including cutting edge technology, leveraging existing infrastructure and a deep talent pool. Also, there are the benefits of being in the globally recognised, resource-friendly jurisdiction of Alberta, Canada.

It's these attributes that help to give E3's Project a US$1.1 billion NPV, with 32% IRR pre-tax and $820 million with a 27% IRR after-tax, $602 million initial capital expenditure, and $73.2 million/year operating expenditure.

Clearwater has a targeted production of 20,000 tonnes of lithium hydroxide/year with a 20-year project life and potential to expand up to 150,000 tonnes LHM/year for 35 years. First production is slated for 2025.

"That really highlights how prolific this aquifer is, how big this deposit actually is, here in Alberta," E3 CEO Chris Doornbos said.

When it comes to permitting, there is a well-worn path made by the hydrocarbon extraction industry for E3 to follow and provides a highly skilled talent pool excited to diversify the Alberta economy.

"There's a deep-rooted leasing rate for farmers to use part of their field and farmers use that revenue to support them in bad harvest years - there's a very nice symbiotic relationship that's long been in place," he said.

E3 comes with its own brand of the emerging and potentially revolutionary direct extraction technology, which analysts and industry alike are predicting to become the dominant means of lithium production in the Americas and bring with it environmental benefits, consistent high purity product, scalability, weather resilience, and an enormous reduction in cycle time.

‘It is likely that all the new brine projects in that five-to-ten-year window will be more like ours - direct extraction projects'
- CHRIS DOORNBOS, CEO

"I don't think in ten years - or even in five years - you'll see a new solar evaporation pond developed. It is likely that all the new brine projects in that five-to-ten-year window will be more like ours - direct extraction projects."

"And there are only three or four companies developing it, which makes it rare. It also makes it very valuable," the CEO said.

With an evergrowing focus from electric vehicle manufacturers to seek clean supply sources, E3 is aiming for net-zero carbon emissions, while the direct lithium extraction (DLE) technology allows for a minimal land footprint, no tailings, and no freshwater use.

E3 aims to build a gas fired power facility within the project site so that it has control of the C02.

"The benefit we have is all of our brine goes back in the aquifer and it's a potential sink to dispose of C02, and here in Alberta they already do that into this aquifer - so it's a proven process," Doornbos said.

DLE also brings a high purity and consistency to lithium production, and given that battery-grade quality is 99.5% and it is batteries that are driving the unprecedent growth in demand, that makes purity more important than ever.

The technology is engineered for purity - reducing impurities by over 99%. It also slashes the lithium extraction time to mere hours, rather than the year or two it can take in the traditional evaporation pond method.

And it's not just the DLE technology that sets E3 apart from its peers. The company's massive resource is found in depleted oil reservoirs in Alberta - which brings benefits on the infrastructure, permitting, and social licencing fronts.

"The focus of the business is repurposing what was a historic oil producer called the Leduc aquifer here in Alberta and turning it into a lithium producer."

Historic is right. With first oil discovered in 1947, Leduc still looms large in the hearts and minds of Albertans. Even the province's capital's National Hockey League team is called the Edmonton Oilers.

"The ground rumbled when grease-covered roughnecks opened creaking valves, and a mix of crude oil and gas spewed flames 15 metres into the air," CBC News journalist Wallis Snowdon poetically wrote on the anniversary of the discovery in 2017.

"Seventy years ago, on a sleepy farm near Devon, Leduc No 1 struck a rich deposit of oil and forever changed the course of Alberta histor y."

Alberta's Ministry of Culture credits the Leduc era for dramatically transforming the economy and sparking a shift for the province from a largely rural, agrarian society to an urbanized one.

It seems only fitting that Alberta's and Canada's first commercial lithium production would also come from Leduc as the world transitions from the oil age to the electrical revolution.

And E3 inherits over 70 years of development data and access to existing infrastructure, and a highly skilled talent pool.

The global electrification revolution is here and its being driven by lithium-ion batteries. It seems fitting that the aquifer that drove the oil rush all those years ago is now driving the new future of transportation.

E3 Metals is a lithium company with the goal of producing lithium products to power the growing electrical revolution.

E3 Metals is a lithium company with the goal of producing lithium products to power the growing electrical revolution.