Development of the Havieron copper-gold project is well underway, but an ongoing drilling campaign might expand the resource "potentially by really significant magnitude" by the time a final investment decision is made, according to Shaun Day, CEO of Greatland Gold. 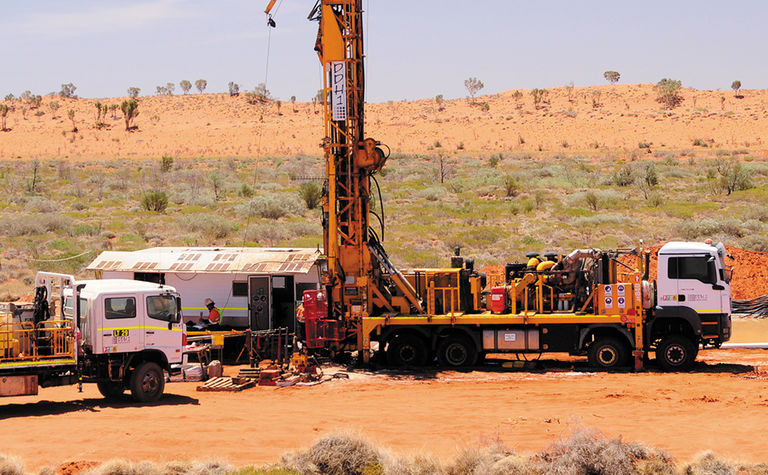 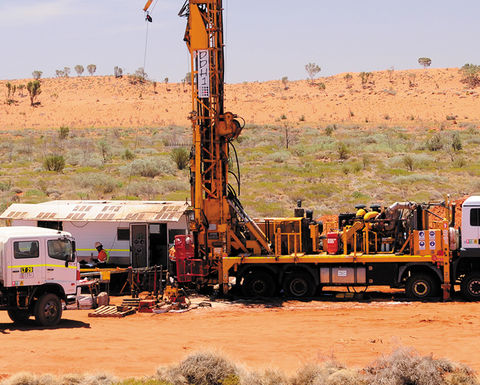 AIM-listed Greatland acquired Havieron in 2017 and immediately set to work on geophysical studies and then a drilling campaign. The initial drill results were impressive enough to attract the attention of Newcrest, Australia's largest gold miner, which agreed to acquire up to a 70% interest in Havieron as part of a US$65 million farm-in agreement. Newcrest is also providing Greatland with up to US$50 million of development funding via a 10-year loan facility.

The Havieron joint venture is now in the middle of a 65,000m growth drilling campaign to test potential extensions to the resource shell.

A pre-feasibility study expected to be largely based upon this initial resource is due out in the second half of 2021. The partners expect to deliver a definitive feasibility study in 2022 and - given that development work has already begun - this will put them in a position to start production by as early as 2023.

"You've got the potential for meaningful increases to the actual size of the resource, and then on top of that you have the opportunity for further studies around optimisations, with a view to unlocking the full potential of this mine once you've finished the drill out and understood the potential size of this orebody," Day said.

"It's a big area, it's attracted a tier one partner, we'd like to think it will be a world-class mine."

Another notable feature of Havieron is its proximity to Newcrest's Telfer mine, whose underground mine life is expected to end by 2023. Havieron will be able to leverage all the existing infrastructure at Telfer, including its processing facilities, airstrip, mining camp, and power generation.

The presence of all this surface infrastructure will "tremendously reduce" the capex requirements, Day said.

"One of the great benefits of our relationship with Newcrest is that the funding hurdle is only going to be a fraction of our market cap (currently around £750 million, or US$1.04 billion), so we're only going to need a fraction of that to put this into production."

Greatland is currently in discussions with a combination of Australian and international banks to secure the remainder of its share of the funding. These talks are yet to be finalised but "have certainly been very positive" so far, according to Day.

An aerial shot of the boxcut Greatland's Havieron

Day acknowledged that being listed on the AIM market was a little unusual for an Australian-focused explorer, but he said it hadn't stopped the company from attracting a "really strong" shareholder base.

"We do perhaps distinguish ourselves on the London markets by having a mine in a tier-one jurisdiction, Australia, a low-risk pathway to production and what looks to be a resource of potentially world-class scale. That gets a lot of traction in the London market, both with retail (investors) and institutions," he said.

"We're also finding that Australian and American institutions are seeking to invest in us through the London platform. Ultimately I don't think being listed in London has impaired our ability to get traction with institutions around the world."

‘It's a big area, it's attracted a tier-one partner, we'd like to think it will be a world-class mine'
- SHAUN DAY
CEO

Greatland is pushing forward with exploration work at its two 100%-owned licenses in Western Australia's Paterson province, Scallywag and Rudall. The main prospect at Scallywag lies approximately 6km west of the Havieron resource, while Rudall is located 20km south-south-east of Havieron.

"The Paterson is elephant country. You've had Telfer, you've now got Havieron, and Rio Tinto's (Winu) project up to the north," Day said.

"The geology in the Paterson is really exciting. Because it's undercover, which means it hasn't been well explored to date. Things that outcrop to surface have largely been picked up and identified in Australia. The cover is really your friend; it gives you the opportunity to go in places and identify orebodies that are not immediately apparent, and these can be targeted through the discipline of the geology, by applying modern exploration techniques."

"Greatland's initial success at Havieron was achieved largely on the back of our team's expertise and deep understanding of the geology in the area, and we are now deploying the same process at our other Paterson prospects."

"We really invest in making sure the quality of our analysis and work gives the opportunity for rich data. Then we try to augment that (data) with geochemical and other analysis. And then what we like to do at the next step is initial drilling to understand the stratigraphy of the rock formations and to confirm and com pare this to our expectation."

"We tend not to over spend initially, we like to go in there and constantly improve the quality of the in formation we have in very targeted campaigns. Only once we feel we've unlocked the geological code do we really feel we've tested an area properly. It's a very methodical, very tech nically driven programme based on first principles."

Day was announced as chief executive of Greatland Gold in December 2020, with the stated aim of overseeing the development of Havieron and scaling up the wider business. His previous experienced included five years as CFO of Northern Star Resources, a period in which that company's market value grew from A$700 million (US$525 million) to A$8 billion. He is hoping for similar success at Greatland and has no doubt that gold and copper offer the best odds of achieving it.

"Overall I think the world continues to be a relatively volatile environment, and gold creates that store of value, that safe haven investment strategy. I think copper is the best way to play the EV space. It's a brilliant additional revenue stream for Greatland," he said.

For now, Greatland is focused on its exploration work in the Paterson region. It is also planning drilling campaigns at its other Western Australian assets (Ernest Giles, Bromus and Panorama) and is conducting reviews of its two Tasmanian assets (Firetower and Warrentina), where Day said it would consider offering earn-in agreements to expedite exploration on these tenement licences.

Greatland is also keen to upgrade its portfolio, Day said.

"We are a disciplined owner of our portfolio of exploration assets. So we spend time considering and analysing new opportunities. Because of our financial strength and reputation for a focus on geology, we have people come and talk to us about partnering with them on tenements. We're really particular about what new tenements we want to earn into and it has to be about upgrading the portfolio.

"I think the expectation of shareholders should be that we're willing to trade down our exposure to some of the assets we presently have, but we're also willing to add to the portfolio and take on some new projects if we think they're high quality and have the potential to be Havieron scale discoveries.

"Overall the intent is for Greatland to accelerate efforts to find another world-class discovery through further exploration alongside the Havieron development."

Greatland Gold plc explores and develops natural resources, with a focus on gold. The Company was established in London during 2005 and admitted to AIM in July 2006.

Greatland Gold plc explores and develops natural resources, with a focus on gold. The Company was established in London during 2005 and admitted to AIM in July 2006.

Builds on previous partnerships with BHP and Carlyle Commodities

Greatland releases its own Havieron upgrade