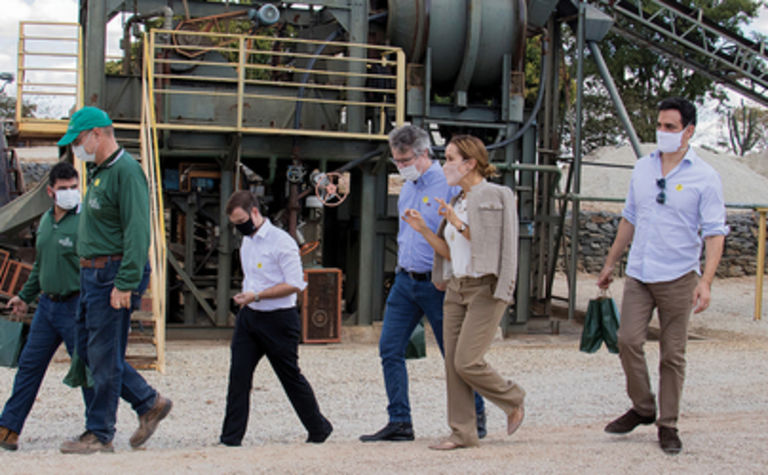 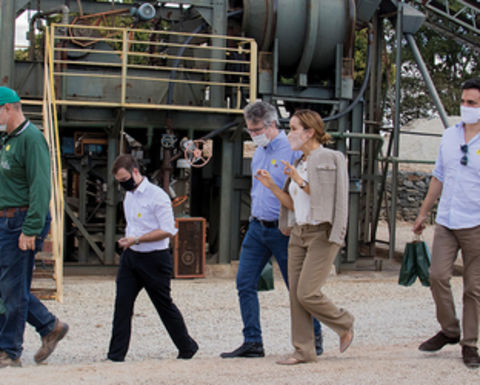 When Sigma Lithium co-chief executive Ana Cabral-Gardner attended the Madrid COP United Nations environmental conference in December 2019, climate worries had yet to become top-of-mind for most of the world.

At the same time as the conference, Sigma Lithium was running its demonstration lithium processing plant and shipping samples to battery makers all over the globe. The company aims to significantly reduce its emissions and environmental footprint on water and land, while processing the critical mineral with zero-carbon, clean energy.

"There's been a remarkable change from two years ago," Cabral-Gardner said, referring to the lithium markets, the climate movement and the development of Sigma Lithium.

When she went to the COP25 in Madrid to speak, she had to go on personal time on a weekend, and didn't get to stay for the duration of the entire 10-day conference. This was because it was harder to justify the trip as a good use of senior executive time amid the challenging times for the (then) oversupplied lithium industry in December 2019, she said. "People didn't even know what COP was," she added.

Sigma Lithium has also come into its own in the last two years, Cabral-Gardner said. "For the past several years, we've been testing technologies and processing routes at our demonstration plant to prove that we could produce high-quality lithium materials to build advanced batteries for cars in an environmental and socially sustainable manner," she said.

One important driver for the company was to make sure that the movement to environmentally friendly products such as cars in more developed areas in the world did not result in environmental degradation in other areas, she said.

Sigma Lithium had an uphill battle six years ago when trying to convince investors that making design decisions on its lithium production plant should be focused on environmental sustainability, as well as that usage of carbon-neutral  energy should become a mainstay of the industry.

"Six years later, we're meeting our moment," Cabral-Gardner said. "The result is, we're way ahead of the curve in our industry. We use 100% clean power. We do not use any harmful chemicals and water is 100% reused and tailings are dry stacked.  We eliminated the tailings dam. Water efficiency is critical as lithium typically exists in large concentrations in arid or semi-arid regions"

From the very start of its Grota do Cirilo lithium project in Brazil, Sigma Lithium was confronted with a choice between its values and cost effectiveness.

The lithium sits on a deposit divided by a creek, upon which the local village depends for its water needs for three months out of the year, especially during the wet season when it rains and the creek runs.

"Everyone told us to make a superpit, to just re-route the creek  that would join the pits and more effectively mine the deposit. But that would have resulted in cutting off that water supply to the 135 people who live downstream," Cabral-Gardner said. "In our mind, it was not even a consideration: we wouldn't do it."

Instead, Sigma Lithium opted to retain the creek as it was, which meant engineers had a difficult task in designing the two pits for the first deposits. It also meant leaving 25% of the reserve in the ground.

"We put our money where our purpose was and that was hard, especially when going against the norm," she said. The decision has also paid off in the long run, she added.

"Today, water is one of the big areas of concern [for mining projects] and community relations is at the center of investment decisions," she said. These commitments to high social sustainability standards have also shaped Sigma Lithium's approach to its processing technologies.

Sigma Lithium has decided to use dense media separators to separate the lithium from the ore. By using this technology, the company can forego the use of chemicals required when using flotation, Cabral-Gardner said.

Even with the improved DMS technology, there is a cost to foregoing the flotation step, she acknowledged.

"With flotation, we could have technically reached 85% bench recovery," she said. "But the potential environmental burden of using that process made that tradeoff easy to make for Sigma: our focus was always to have an environmentally sustainable process for producing lithium materials."

Sigma Lithium is not content to rest on its laurels, however. It has several plans in the works to improve the project's environmental footprint and expand its impact on community development.

The company has commissioned an LCA (Life Cycle Analysis) in order to quantify the impact of the project on land, water and greenhouse gas (GHG) emissions. Afterwards we were able to create an actionable plan to commit to have net-zero carbon emissions by 2024 - which is 26 years ahead of the mining industry as a whole - and present it as an "energy compact" at the United Nations High Level Dialogue on Energy, in September of 2021 in New York, Cabral-Gardner said.

Our key focus of improvement in the LCA analysis of our environmental impact is to tackle the single-largest source of GHG emissions at the company: the diesel fumes from the fuel used in its mining haul trucks (scope 1), as well as its transportation trucks from mine to port.

Sigma Lithium will start using biodiesel to cut down on emissions, she said. "We already are using 15% biodiesel in the trucks, and plan to increase from 15% to 50% in our trucks in the second year of our operations," she said. This is projected to cut Sigma Lithium's emissions significantly.

The company will tackle the remaining emissions by generating internal carbon credits from voluntary preservation programmes. Sigma Lithium plans to continue to acquire areas that are at risk for deforestation and other threats. "The first of those areas of 150 hectares was already included in the programme," Cabral-Gardner said.

On the social front, Sigma Lithium's operation is located in one of the poorest regions in Brazil, with the human development index equivalent to Bangladesh. The company plans to create a full circular economy by "up-cycling" its dry stacked tailings into ancillary industries such as ceramic flooring. By offering its tailings, Sigma Lithium believes it can further propel the growth of the region by attracting these other companies that utilise its tailings in their production processes.

Sigma Lithium is forging a path forward for other mining companies when it comes to environmental and social stewardship. At COP26 in Glasgow, where Sigma Lithium was asked to participate in a panel on the social and environmental benefits of the circular economy, Cabral-Gardner made the case for the urgency of this change for the industry.

"The only possible way to enable the energy transition in full alignment with its objective is to produce the minerals that will enable it in a socially and environmentally responsible way," she said.

Our mission is to enable electric vehicle industry growth by becoming one of the world's largest, lowest cost producers of high-purity, environmentally sustainable lithium products.

Our mission is to enable electric vehicle industry growth by becoming one of the world's largest, lowest cost producers of high-purity, environmentally sustainable lithium products.

Sigma soars as it releases Grota do Cirilo studies