Once a producing Zinc mine, the Blue Moon project offers exploration upside for a critical resource 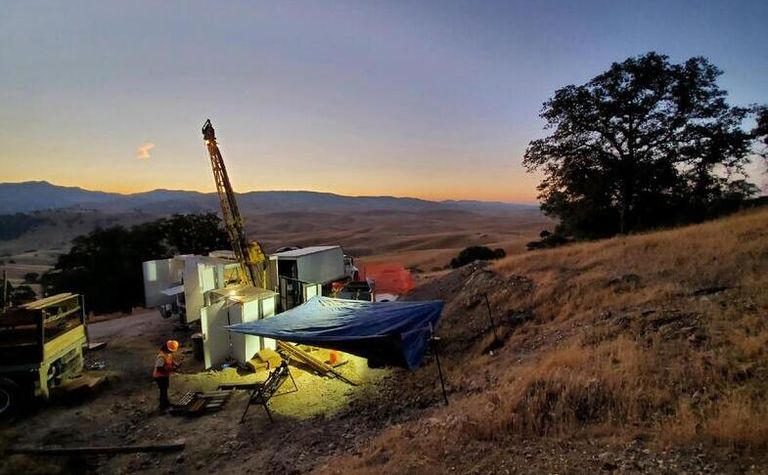 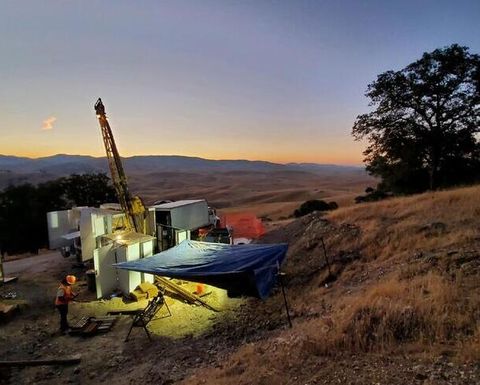 Located in Mariposa County, California, a four hour drive from Reno, the Blue Moon project was originally mined for Zinc by Hecla during the Second World War. The grades were strong. An estimated 56,000 tonnes were mined at 12.3% Zinc. Since then, however, despite promising exploration results from a succession of mid-tier firms, the project has lain dormant. In May 2017, having become its largest shareholder, Patrick McGrath became the CEO of Blue Moon Mining with a new strategy in mind.

"The project had been sitting on the shelf for over thirty years," he says. "I wanted to take the project in a different direction. After review, we felt the best avenue was to make it bigger and better. To add tonnes and to add high grade tonnes."

The last resource estimate, which was released in 2017, registered 7.8 million tonnes in the inferred category containing 771 million pounds of Zinc, 71 million pounds of copper, 300,000 ounces of gold and 10 million ounces of silver. In 2018 and 2019 a drilling campaign produced core samples that included 30 feet of 30.3% Zinc and 25 feet of 25.6% Zinc. McGrath is in little doubt that the true reserves could be far larger.

"One of the characteristics of volcanic massive sulfide (VMS) projects such as ours is that they're often found in pods or clusters," he says. "You find one, you often find another."

McGrath's team looked at the project's historical reports, electromagnetic and downhole surveys and found a conductor lying parallel to the Blue Moon deposit. That's what they targeted with hole BM-83. The core samples showed around 100 feet of semi and massive sulfide materials. At the end of 2021 that core was undergoing lab tests to establish the grades of mineralization.

"If it turns out to be of economic grade, then we have a whole new deposit, given that VMS deposits are often found in clusters, there's a high probability of more of them on strike," says McGrath. "If we get multiple deposits on strike and we start to boost our resource toward 12 or even 15 million tonnes, that's a figure many mid-tier producers would be interested in."

Further assay and drill results are expected in early 2022 with further drilling and a resource update penciled in for before the end of year. Metallurgical testing will follow, but the findings of the project's previous owners bodes well in this regard. In 1988 Lakefield Research estimated indicated recovery rates of 95% for Zinc, 93% for copper and 70% for gold.

One advantage of the project's California location is its proximity to infrastructure, including a three kilometer gravel road to the highway leading to Oakland Port and a hydroelectric power plant one mile to the north. "We don't need to build access points or camps or anything other than the mine itself," says McGrath, "that's a key advantage. Some of our peer group might be bigger, but you have to take into account that they are often in the middle of nowhere and the capital and operating costs are much higher. If we can get the size of deposit and tie that to our existing infrastructure, we'll have a compelling story for the industry."

The California post code does, of course, have negative perceptions amongst those in the industry skeptical that a project can be developed in the state. However, McGrath points to precedents both at the project and in the wider jurisdiction that suggest such concerns may be exaggerated.

In California, mining titles must be granted by agencies in the local county and Mariposa has antecedents in this regard. In 1989 Boliden, one of Europe's largest Zinc producers and a pervious owner of the Blue Moon project, obtained a permit to build a shaft that would have been the first stage of a proposed underground mine. It was never built, as the firm chose to focus instead on the Myra Falls project on Vancouver Island, but it shows that Mariposa County has historically been open to permitting the project. 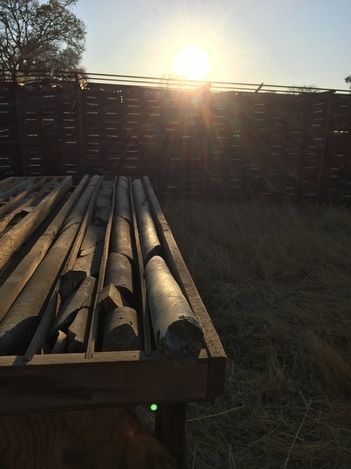 "They applied for and received from the county a permit to build an 800 foot shaft that they were going to drill off the deposit at depth," says McGrath. "Once you're building a shaft like that, its really a production decision. You don't build a shaft like that unless you're ready to move forward seriously. We've had access to the documents and the environmental studies and we can see how Boliden worked successfully with Mariposa County."

The country has a population of 30,000, many of whom could benefit from employment opportunities brought by the mine, says McGrath. The site itself is made up of rolling grasslands, without any local agriculture and the plan calls for an underground mine and therefore a lower environmental footprint.

McGrath points out that being in California has not prevented Equinox Gold Corp developing gold projects such as the Mequite and Castle Mountain mines. Golden Queen Mining also successfully permitted a gold mine in Kern County prior to its 2020 acquisition by Falco Resources. Representatives of both companies have served as board members and advisors to Blue Moon Mining in recent years.

At the Federal level, Zinc was added to the US government's critical minerals list in November 2021. At present over half of domestic supply is sourced from overseas. "We think that's a game changer," says McGrath, "here we have a domestic deposit with Zinc as its primary output and the US is going to need a lot of safe supply to reach its green development plans under Build Back Better. We think that bodes well for the project."

The coming year could be a transformative one for Blue Moon Mining. "At the moment we're a microcap company, but we're hoping that good results at hole BM 83 will boost interest from both retail investors and larger companies. That might be the time to go to the industry and look for support in drilling out the project and getting some new eyes on it," says McGrath. "The biggest return for our shareholders will come from finding more tonnes, that's what's going to move the needle."

The Company is focused on its 100% owned advanced stage Blue Moon zinc-silver project and the Yava project.

The Company is focused on its 100% owned advanced stage Blue Moon zinc-silver project and the Yava project.