The mining industry is constantly striving to balance evolving stakeholder and shareholder expectations, but calamitous environmental disasters such as Vale’s latest tailings dam burst in Brazil, can massively set back those efforts. 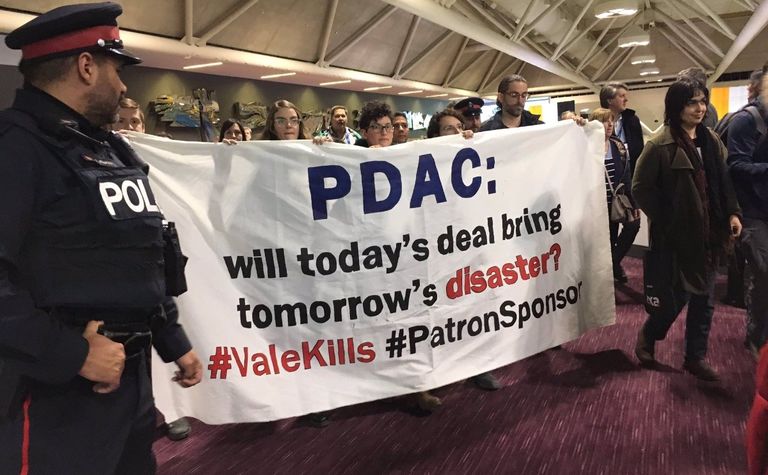 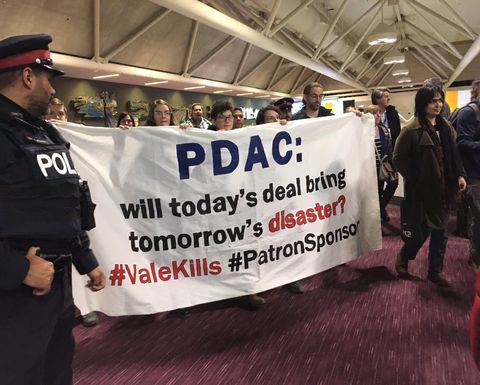 It was therefore imperative for the industry to innovate and look at new ways to create stronger social contracts and pursue technological advances to ensure mines of the future achieve permitting and development, a PDAC 2019 panel session on sustainable mining practices heard this week.

"We need to start building mines we the people want to look at. We need to better strike a balance between growth and green imperatives," Environmental Resources Management global head Louise Pearce said in Toronto.

The measured panel discussion stood in stark contrast to events outside the convention centre where Toronto-based nongovernmental organisation Mining Injustice Solidarity Network and MiningWatch Canada led a demonstration against Vale and the PDAC on Monday. The group wanted to draw attention to what they called "Vale's crimes" and the "PDAC's complicity".

"In addition to the 186 people killed, 122 are still missing and presumed dead near Vale's mine in Brazil. Clean up has barely begun and yet the PDAC is welcoming Vale (as patron sponsor) with open arms. It's business as usual at this convention," said Caren Weisbart of the MISN.

The group argued all PDAC's sponsors (including the TMX for listing 60% of global mining equities) had "well documented track records of corruption, impunity and serious human rights and environmental abuses - from Vale to Barrick Gold, Goldcorp, HudBay Minerals, SNC-Lavalin" and others.

"At PDAC, these companies are given platforms to exert their influence and clean up their image while the voices of those most negatively impacted by their projects are ignored."

The protestors dangled a banner overlooking the main Trade Show exposition showroom and held space for 18 minutes to represent the dead.

But in a quiet corner of the cavernous exhibition centre, the sustainability panelists disagreed. They said the way the industry functioned had changed over the past three decades.

According to Agnico Eagle Mines senior VP for environment, sustainable development and people Louise Grondin, miners had previously simply focused on mining without much regard for the sensitive social and environmental ecosystems they were acting in.

"Before we were merely mining, but we soon realised we needed to explain ourselves more to say how we do things. Also, we have to improve sustainability into our business. That means explaining every aspect of our business early on to sustain integrated technological-best approaches."

Warrior Gold CEO Danièle Spethmann said the sustainability paradigm was only a more recent addition to the way the mining industry functioned. "We are at the beginning of this pattern shift. Many proponents are still learning that social sustainability should become an everyday line item as we do business."

Mark Edwards, Teck Resources' VP for community and government agreed, adding the sustainability paradigm was what made or broke projects. "The social impact realisation is the fundamental shift we saw in past 20 years."

When it came to tailings dam failures and the legacies of former mining operations, the panel did concede more work needed to be done.

On Sunday, a panel on the West Tethyan Belt in Eastern Europe heard the responsible miners of the future would only build dry-stacked tailings facilities and not wet tailings dams.

Grondin said that simply wasn't true. Even dry tailings were environmentally risky facilities if they were not managed properly.

"Technically it sometimes makes sense to use wet tailings. The geology you're dealing with will dictate what storage system gets used most effectively," Edwards said.

Young added setting up national funds to prevent or remediate potential tailings dam failures such as Western Australia's Mining Rehabilitation Fund was one way of ensuring mining disasters did not take place or got properly cleaned up, but it took away momentum from those who were doing the right things. "Prevention is key."

Grondin said Agnico started looking at the Mining Association of Canada's Towards Sustainable Mining initiative in all seriousness following the 2014 Mount Polley tailings dam collapse in British Columbia. This is the first year the initiative is being implemented across the company's portfolio. "But we should absolutely work towards not having infrastructure that would enable these things to happen in the first place," she said. 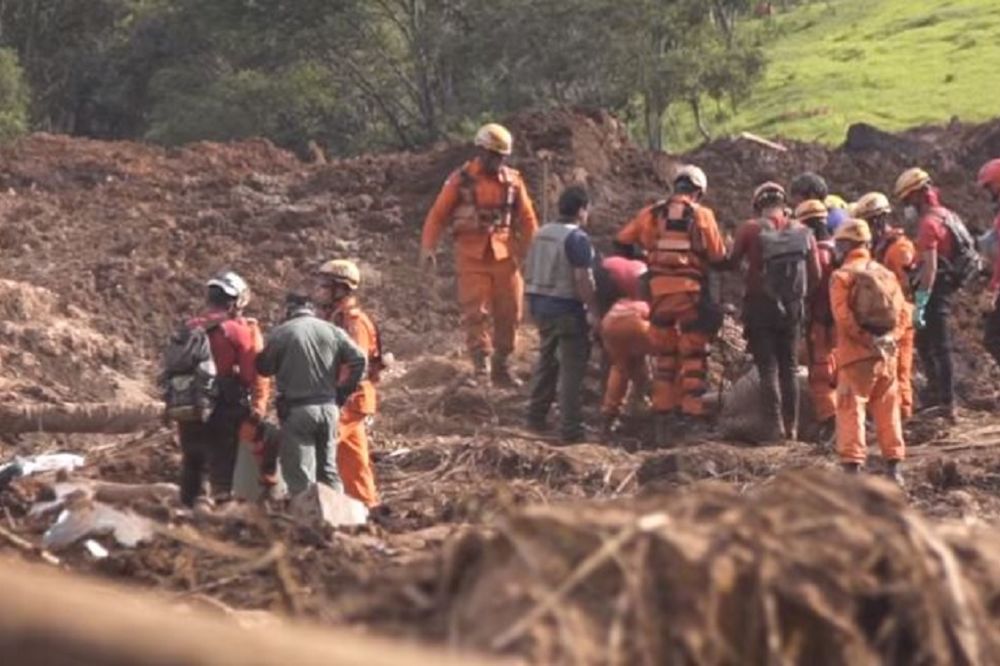 Spethmann said it was important social responsibility values aligned with that of host communities. She said it helped to make sure there were budgets in place for time and resources to engage and explain the plan to host communities from the outset of exploration and development.

"Use traditional protocols. Dress like a geologist. Deliver on your promises," she said.

Edwards stressed the values had to come from the top down to reinforce central aims.

He said the initial contact with a potential host community was of critical importance. It often set the tone for all future meetings. "When we started out, we wanted to gain the social licence early on. Today that's something investors typically look for."

Pearce said the approach miners took to mine closures had become an inescapable reality for them.

"(Mine closure planning) is somewhat of a misnomer. It is not something at the end of the mine cycle, but something we continuously look at from the outset," Edwards said. He explained it entailed the concept of "operating for closure".

"We are very proud of our commitment that our projects [deliver] a ‘net positive impact' to biodiversity right from the start. It's unique to every mine site, but each site has a biodiversity plan.

"As you approach closure, the community needs to be included in that planning from an early stage. People have an interest to know beforehand what the remediated land might look like. Most of our sites are the largest employers in remote regions, so we work proactively to plan for this."

An example of this was Teck's former Sullivan mine in Kimberley, in British Columbia, which ran for more than a century. Edwards said Teck worked closely with the community to plan for the impending closure, emphasising the establishment of tourism and parallel economic development to soften the landing.

Grondin said ‘social closure' was Agnico's biggest challenge. But because skills were often transferrable it might in some cases not be that difficult to replace the jobs.

Agnico further addressed its social responsibility commitments in Nunavut, where for example it spends about C$400 million a year, by building local communities' capacity to support mines.

"It is critical for us to bring the communities along to expand their capacities over time. Parcelling contracts into smaller and more significant chunks could also help to achieve this."

Pearce also put to the panel the question about whether miners could attract premium pricing for sustainably produced products, and the answer came back a resounding "no". While the diamond sector was leading the charge with proving provenance, it did not translate into premium pricing.

Similarly, it was harder to get premiums on bulk commodities such as copper, nickel and zinc when the products were far removed from the end consumers, Edwards said. 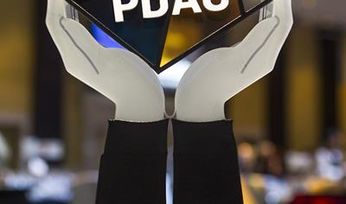 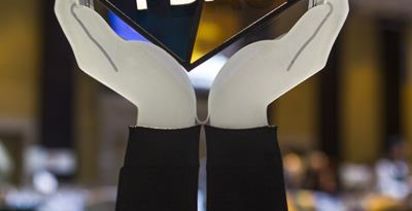