Vale (NYSE:VALE) produced a new record of 96.8 million tonnes of iron ore in the June quarter, up 5.3% year-on-year despite hindrance from a nationwide truck drivers’ strike in May. 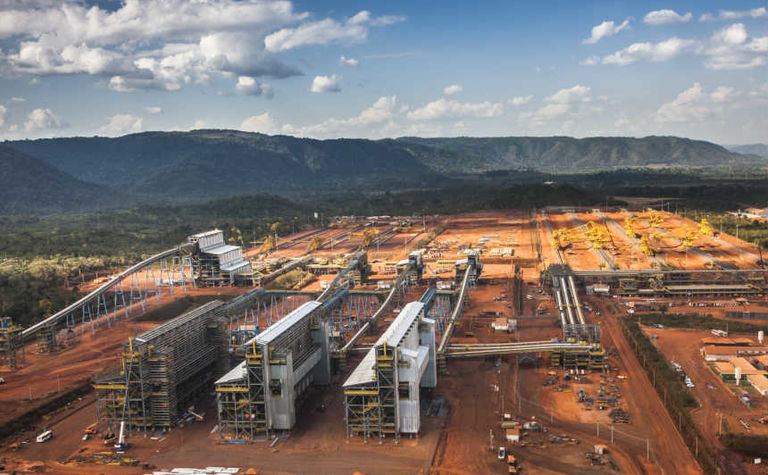 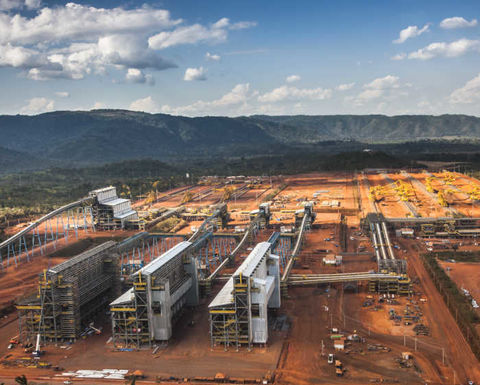 It said the strike led to a 12-day disruption in production and logistics across Brazil, although Vale had mitigated the impact with its supply chain flexibility.

That covered the transfer of supplies between sites, alternative railway use to transport supplies, and adjustments to mining and milling rates.

The ramp-up of S11D also boosted output, with Vale's Northern System achieving record production of 46.2Mt for the quarter, up 11.4% year-on-year.

Bernstein analysts Paul Gait and Jonathan Absolon said the iron ore volume had been 2.4% above their expectations.

Pellet production rose 5.1% on the year to 12.8Mt due to the resumption of the Tubarão I and II pellet plants. Pellet output is expected to increase further with the restart of the São Luis pellet plant expected in the September quarter.

The record output resulted in record quarterly sales of iron ore and pellets at 86.5Mt, 5.8% higher than a year ago, despite an increase of offshore stocks to support the ongoing blending activities.

Vale said the ramp up of S11D and the decision to reduce low-grade ore production had improved its sales mix substantially compared to the June 2017 quarter, with the share of premium products at 77%, comparted to 68% a year ago.

The mining giant kept its iron ore production guidance for 2018 at around 390Mt, with pellet output expected at 55Mt.

Looking at other metal output, nickel volumes rose 0.3% to 66,200 tonnes due to the Matsusaka refinery in Japan being back online after a scheduled maintenance shutdown, the return to production of Sudbury's Coleman mine in April and higher production in VNC.

Copper production fell 2.9% year-on-year to 97,900t in the June quarter, although rose 4.9% from the previous quarter due to the return of the Coleman mine and a strong performance at the Salobo operations.

Vale continued to ramp up cobalt production at Long Harbour, where volumes reached 415t in the quarter, 19% higher than a year ago.

Overall cobalt output for the quarter was 1,302t, down 7.8% on the year, although volumes were expected to increase in the second half of 2018 as feed from the Coleman mine was processed through the Port Colborne refinery.

Vale said a possible boost to cobalt output could come from expansion of the mine haulage fleet and updating the VNC mine plan.

Bernstein's Gait and Absolon said the base metals and coal performances were all slightly below expectations.

The market did not react well to its record iron ore volumes, with shares down 0.5% Monday to US$13.07.

Timing perfect for Vale spin out