Vale maintained iron ore production of about 1 million tonnes per day after mid-July, the company said as it reported strong output for the September quarter. 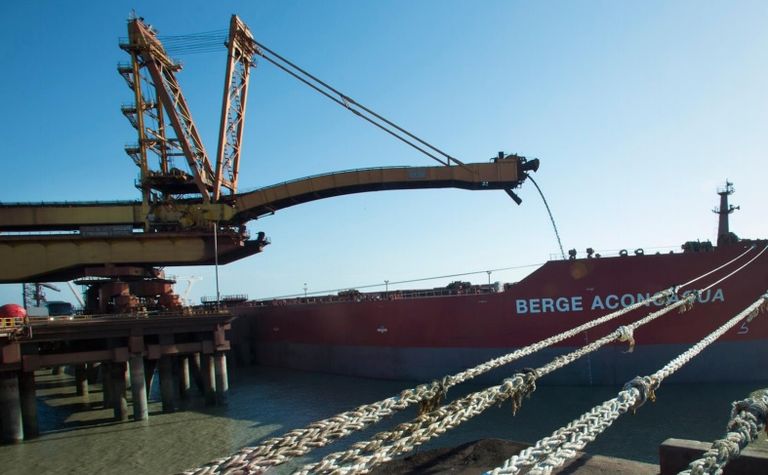 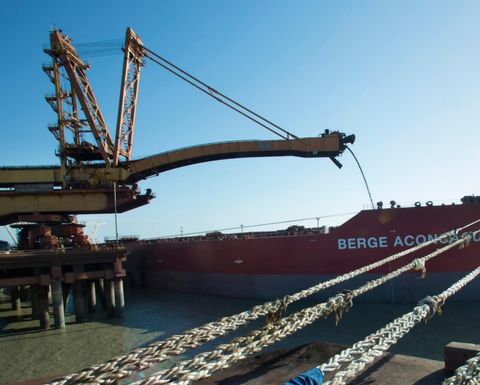 Loading a ship at Ponta da Madeira port in Brazil

Vale also outlined a timeline to increase its output, with CEO Eduardo Bartolomeo having told the FT Commodities Mining Summit last week the company was on track to achieve its goal of producing 400Mt per annum by the end of 2022 or early 2023, sister publication Notícias de Mineração Brasil (Mining News Brazil) reported.

The company had been aiming to achieve 400Mtpa from 2019 but was curtailed with restrictions following the Brumadinho tailings dam collapse in January last year which killed 270 people, then impacts from COVID-19.

It's produced 215.9Mt for the first nine months of 2020 and had said in July reaching the lower end of full-year revised guidance of 310-330Mt was "most likely".

It put the increase down to the progressive implementation of the Vale Production System and measures including the Safe Work Permission, plus regular weather conditions.

Its Northern System achieved a quarterly production record of 56.9Mt and Vale said S11D had record production in September of 8.3Mt and 24.4Mt for the quarter.

Pellet production was up 21.1% to 8.6Mt for the September quarter, mainly due to the higher availability of pellet feed, especially from the Itabira complex and improved operational performance at the pelletising plants.

Nickel and cobalt output were lower, copper was up due in part to the successful restart of Voisey's Bay operations and coal production also resumed during the quarter.

The possible sale of its New Caledonia operations fell through recently and Vale said if no sustainable divestment solution could be found in the coming months, it would move forward to put VNC on care and maintenance in 2021.

Vale also released a timeline with "a set of solutions and new assets for unlocking and resuming capacities in its sites", which were under implementation in collaboration with the National Mining Agency, the Public Prosecutor's Office of Minas Gerais and external audit firms.

These included resuming the Serra Leste operation in the current quarter, which would add 6Mtpa, and starting the Gelado project in the second half of 2022 to increase the Northern System's capacity by 10Mtpa.

At Brucutu, Vale planned to start up the Torto dam in the second quarter of 2021 to increase the site's capacity from 11Mtpa to 28Mtpa.

Other examples were removing the emergency level at the Itabirucu dam and restarting raising construction, with new tailings filterings plants and dry stacking activities in 2022 to increase the Itabira complex's capacity from 26Mtpa to 40Mtpa.

At the Vargem Grande complex, Vale hoped to resume the conveyor belt after progressing the decharacterisation of the VGR dam and licensing new mining areas, which were currently limiting capacity at 30Mtpa.

Vale is trading near the top of a one-year range and is capitalised at US$58.8 billion.