AIM-listed GoldStone Resources gave up on an appeal against a payment to its former exploration director more than a month ago without telling shareholders. 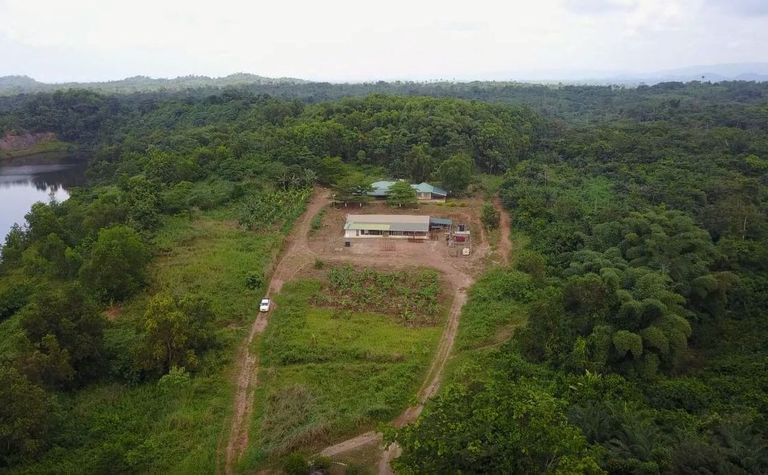 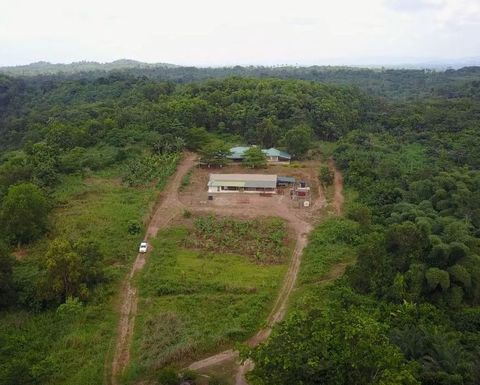 This means the Jersey-registered company, which has a market cap of £5.37 million (US$7 million) is on the hook for US$140,000 plus 10% annual interest and both sides' costs.

A judge in South Africa handed down the compensation order in December after the parties spent three days in court raking over the circumstances of geologist Hendrik Schloemann's departure in 2015.

Schloemann brought the case to the labour court after the company said he had resigned in 2014, rather than being sacked, meaning he would not be paid out a year's salary.

The judge sided with the geologist, saying a note from a board meeting and references to a six-month notice period indicated he had been sacked by then-chairman Christopher Hall.

The company told the market it was considering a challenge on December 14, but a document shows its application for leave to appeal was withdrawn on February 5 and its lawyers resigned. 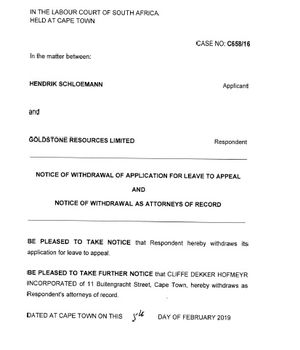 The notice cancelling the appeal move by GoldStone

GoldStone did not reveal this to shareholders in a company update on February 14.

The December statement after the ruling said the company would try to work out a payment plan with Schloemann if an appeal was not successful or did not happen, as it could not manage the entire compensation sum at once.

GoldStone is developing the Akrokeri-Homase gold project in Ghana, and has recently started work on a ‘definitive economic plan'. At the time, the company had around $90,000 in cash but has since raised money through new debt from 28% shareholder Paracale Gold, with $324,000 arriving in its coffers before the end of 2018.

Schloemann told Mining Journal he was worried the company would try to avoid paying.

"It's quite clear that their strategy now is to go quiet and to disappear to avoid the order of law taking its course," he said.

"In my view this is just not acceptable, in particular not for a company that is dealing with public funds."

The labour court judge Anton Steenkam said in his ruling Schloemann, who was formerly a director at GoldStone, was forced out after Oriole Resources took a significant stake in the company and brought on a consulting geologist.

Oriole, then known as Stratex International, sold out of the company in 2017 after a share issue diluted its holding from 23% to 13%.

The case was two-on-two, with former Goldstone chairman Hall and Priestley, who was then a director, saying Schloemann resigned and the geologist and former CEO Jurie Wessels saying it was a sacking.