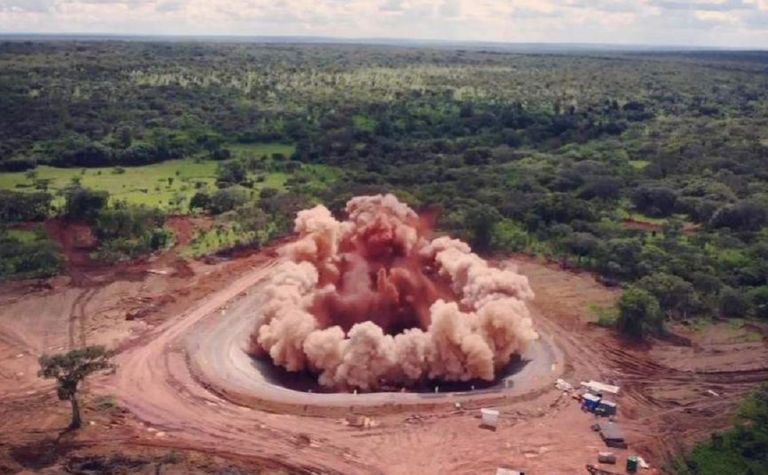 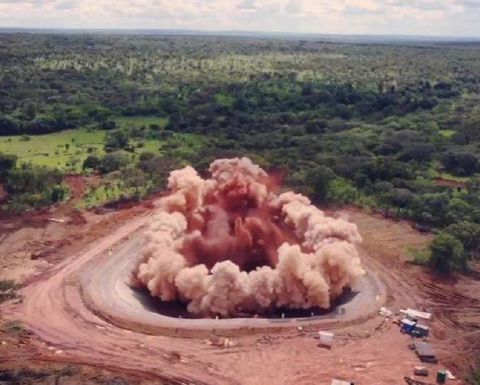 A blast at Kakula’s southern box cut in January, as the DRC project progresses towards production

It said following China's CITIC Metal last month investing a further US$454 million in the company at C$3.98 per share, Zijin Mining had fully exercised its anti-dilution rights at the same price, generating a further $49 million.

"The combined proceeds of more than C$679 million (US$503 million) from CITIC Metal and Zijin Mining are expected to be received no later than September 7, 2019, positioning Ivanhoe to finance its first two mines ─ Kakula and Kipushi ─ to commercial production, and significantly advance, or achieve, production at the Platreef project," Ivanhoe said.

Zijin is Ivanhoe's joint venture partner at the DRC Kamoa-Kakula copper project, which co-chairman Robert Friedland has described as "unquestionably the best copper development project in the world".

The initial 6 million tonne per annum mine at Kakula has a $1.1 billion price tag.

Zijin chairman Chen Jinghe has been nominated for election to Ivanhoe's board of directors at the annual and special meeting next month.

Kipushi is the redevelopment of an historic zinc-copper-germanium-silver mine in the DRC, in partnership with La Générale des Carrières et des Mines (Gécamines).

Meanwhile, construction work is already underway at the Platreef palladium-platinum-nickel-copper-gold project in South Africa, which Ivanhoe indirectly owns 64% of in partnership with its broad-based, black empowerment partners (26%) and a Japanese consortium led by ITOCHU Corporation (10%).

Ivanhoe shares have regained about C$1 so far this year, closing 1c higher yesterday to $3.35 to capitalise it at $3.4 billion.