Access to a deeper pool of institutional investors is one of the key reasons many mining companies are choosing the London Stock Exchange over other markets. That was the view expressed by three professionals deeply involved with the LSE during a recent panel discussion with Mining Journal. 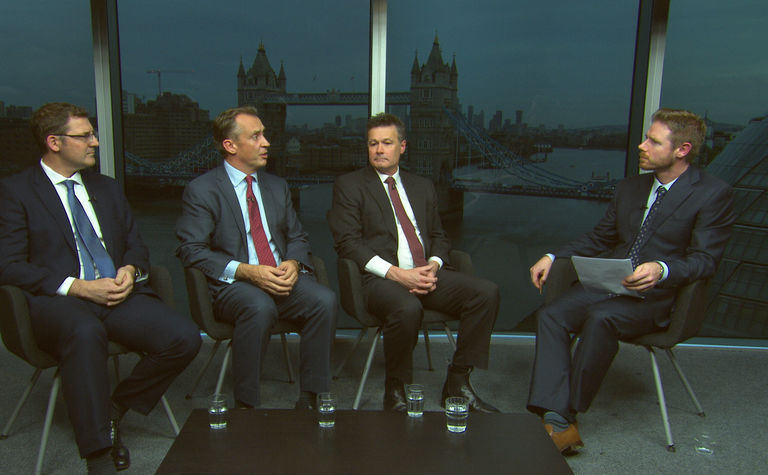 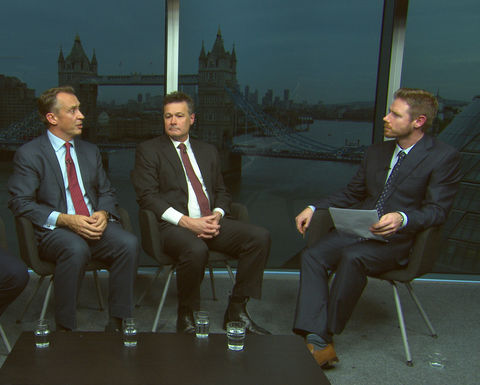 Junior miners can raise early-stage retail capital in Toronto, but when it comes to the "serious money" needed to get a mine into production, London is a "bigger" and "better choice" of market, said Charles Bond, head of natural resources (UK) at multinational law firm, Gowling WLG.

"The difference is in the investor base. I'm not saying Toronto doesn't have institutions, but it's just the depth of them here in London," he said.

London had 72 secondary raisings in the 12 months to October 31, 2019, compared to a combined 1,136 for the Toronto Stock Exchange and Canadian Securities Exchange and 441 for the Australian Stock Exchange, according to data compiled from Bloomberg by Mining Journal. However, the average raising in London was US$20 million, compared to $2 million in Canada and $5 million in Australia.

In total, the LSE main market and Alternative Investment Market (AIM) host around 160 natural resources companies with a combined market cap of around $500 billion. These range from the big-ticket miners like BHP, Rio Tinto, and Anglo America, through to around 100 companies with market caps of less than $100 million.

Noticeably, Europe and Africa-based miners aren't the only ones that have been raising capital in London. Canadian and Australian companies have been doing secondary raisings on the LSE, straying far from home in search of a different type of investor.

"There are more ASX/TSX companies I've seen come to London than go the other way," Bond said. I think that means [miners] reach maturity, then they want to come to London.

"I don't think they do it straight away because there's a cost and a compliance issue with that. Being regulated on two markets can be a headache. But when you reach the relevant size you can do that.

Don't think you can come to London, spend one week, and put an IPO away

Since the beginning of 2017, 16 North American-listed natural resources companies have raised money in London. And in the last six months alone, two Canadian-listed companies, Pure Gold Mining and Taseko Mines, have completed secondary listings on the LSE's main market. Among their motivations for doing so were greater liquidity and broader access to investors, according to Tom Attenborough, LSE head of international business development.

Around 60% of the LSE's institutional investors come from North America or continental Europe and only one-third from the UK itself, "so it's a very global pool to dip into", Attenborough said.

He explained many mining companies began life on the LSE with small secondary raisings, with an eye to creating a local fan base among so 12-18 months later, when they were further along in the development cycle, they could tap into the market for the funds they needed.

Brad Sampson, chief executive of Republic of Congo-focused Kore Potash, appeared alongside Bond and Attenborough on the panel. His company, which has a primary listing on the Australian Stock Exchange and secondary listings on AIM and the Johannesburg Stock Exchange, went to London because "it gives us access to pools of capital" the company couldn't find elsewhere.

"If you have an Australian company or a Canadian company, you're in a resource-dominated economy," he said. "You're in a market that really understands the resource space but tends to understand it very locally.

"What you have in London is a broad understanding of different geographies, different political environments, and a willingness to invest across all of those boundaries.

"We produce potash. We don't believe it is very well understood globally. Of all the markets, it is probably best understood in London. We think that the number of generalist funds, the green funds, [means] there's just more opportunity with more investment houses to raise capital here [in London] for our project.

"Our project is located in Africa. We know the London Stock Exchange understands the African continent better than most, and is prepared to invest in Africa."

‘You need to wear out a few pairs of shoes here'

Asked what advice they would give mining companies hoping to raise money in London, all three participants recommended coming in with a long-term view. They all agreed money was tight in the current environment, but said companies that invested time in planning - Bond suggested three-to-12 months - increased their chances of a successful capital raising.

Sampson and Bond recommended companies start out by seeking advice from professionals such as brokers and legal advisers. Sampson also emphasised the importance of connecting with the retail investment community, saying, "they are not going to fund the development of your project but they're absolutely going to set the price".

"You need to wear out a few pairs of shoes here," he said. "Don't think you can come to London, spend one week, and put an IPO away. It's coming here regularly, making sure you understand where there's investment appetite, and coming with a really strong investment story."

Attenborough agreed the investment story was key. He noted Kazatomprom, which raised $451 million from the sale of global depositary receipts by Kazakhstan's sovereign wealth fund on the LSE's International Order Book in 2018, had an interesting selling point in terms of the exposure it gave investors to uranium. Interestingly, the Kazatomprom offer secured support from international investors from the United States, Asia, and Europe.

According to Attenborough, more companies are learning the importance of putting time into planning and into coming up with a good investment story, "so that when things do become a little easier, when the economic environment clears up, when trade war rhetoric starts to die down, when risk appetite ticks up … then you're ready to build up those conversations with investors and to do something more opportunistic when the stars start to align".

Benefit of LSE is you can choose your level of compliance

When the discussion turned to regulatory compliance - which respondents to Mining Journal's 2019 World Risk Report (feat.MineHutte ratings) named the biggest business risk facing the industry (beating out seven other risks, including access to capital and commodity prices) - Bond and Attenborough agreed regulations had become stricter in recent years.

That said, they both argued the LSE wasn't any more regulated than the TSX, ASX, or JSE (and Bond said, in terms of continuous disclosure, Toronto was more challenging than London).

The benefit to raising money in London, Bond said, was you had a choice between a premium listing, standard listing, or AIM, each of which carries a different set of regulations and compliance costs.

"If cost is a real issue, you have the choice of AIM," he said. "More frequently now, people are also looking at a standard listing on the main market here, which is also seen as an option principally for a secondary listing, rather than coming straight on (to a premium listing).

"If you've got sufficient free (cash) flow in your company, you fulfill the criteria for standard, [so] that's another option for you. That's the great thing, we've got a choice of markets."

For companies planning to raising capital on a regular basis, AIM offers the most advantages in terms of speed and levels of compliance, according to Attenborough. He acknowledged that, once a company goes to the main market, if it wants to sell more than 20% of its share capital it is obligated to publish a prospectus, "and that's got a time and cost associated with it", however, he pointed out the TSX, ASX, and JSE had similar requirements, "so I don't think adding a London listing is substantially adding to the disclosure burden".

There is another lesser-known benefit to listing on AIM: the Nomad system.

When companies list on the LSE Main Market, they are regulated by the UK Financial Conduct Authority. But each company that lists on AIM is the responsibility of one of around 50 licenced corporate finance houses called nominated advisors, or Nomads. These Nomads, in Attenborough's words, were "half-regulator, half corporate advisor".

As a corporate, Sampson was full of praise for the Nomad system.

"I have somebody who is impartial, understands the law very well, and is able to provide me-  as the chief executive officer - guidance and, when necessary, to actually be another voice with the rest of the board to discuss matters of continuous disclosure in an informed way. I find that quite helpful, and distinctly different from what you have with the other exchanges."

Given the well-reported struggles juniors have been having with raising money, it is only natural that many are turning to alternative sources of funding - such as crowdfunding.

A handful of companies have even turned to general crowdfunding platforms, such as Crowdcube, on which Cornish Lithium raised some $1.8 million from 1,200 investors in the summer of 2019.

Bond said crowdfunding was a great tool for smaller raisings, adding that if it does attract more capital to the sector, "then I'm all for it". But he warned crowdfunding principally attracts retail investors, which can create "a very long tail on your shareholder register".

Attenborough said there was a role to be played by all types of funding, whether it be crowdfunding, seed funding, angel investing, venture capital, private equity, or whatever else. He argued crowdfunding was more of a complement to the LSE than a competitor, because "we see that some of this funding coming through helps companies get to a point where public markets are going are going to be suitable for them".

"It's what's most appropriate for them in their life cycle," he said. "I think we'll see some of these crowdfunded businesses still go to public markets when they want capital in greater scale that crowdfunding can't provide, when they want to broaden their investor base.

Public markets will still have a place and actually, for us, having better-funded early-stage businesses coming through that have access to that private capital all the way through the different stages, is a good thing - not a source of competition for us."