The maiden drill programme at Ianna project in Guyana has shown multimillion ounce potential, according to Alicanto Minerals (AU:AQI). 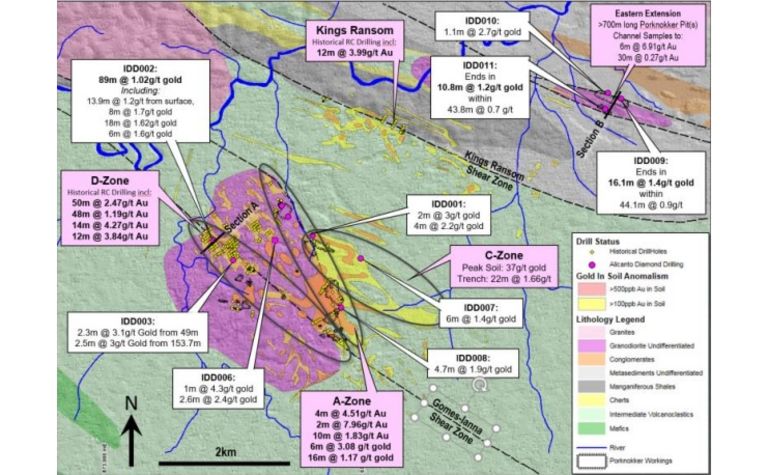 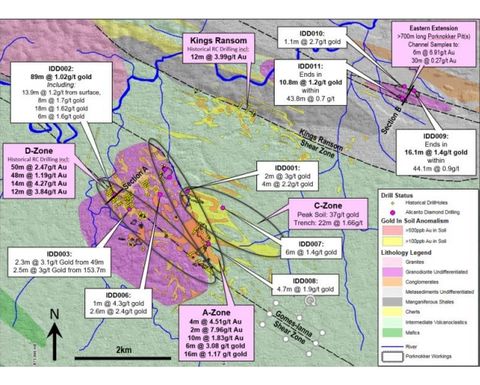 The company said all of the first 11 holes intersected "substantial gold mineralisation", with a headline hit of 89m grading 1.02g/t.
The headline hit was made in an area where previous RC drilling had been carried out, while other hits came in areas where no previous drilling had been undertaken.
"The results to date are indicative of a large-scale gold mineralising system at Ianna capable of potentially yielding a multimillion-ounce disseminated and lode gold resource," Alicanto said.
Multiple occurrences of visible gold were noted.
Additional drilling is planned in the current quarter.
Ianna is in Guyana's Northwest Mining District, and covers 114 square kilometres.
It is 25km southeast from Alicanto's ongoing exploration operations at the Arakaka gold project, where Barrick Gold (CN:ABX) is funding work to earn a 65% stake.
Alicanto started the year with A$3.4 million (US$2.7 million) cash.
Shares in the company were down 10% to $0.14 in morning trade, capitalising Alicanto at $15 million.
The stock spiked from $0.14 on December 29 to $0.21 on January 2, prompting a query from the ASX - to which Alicanto had responded by noting its drilling was underway at Ianna.