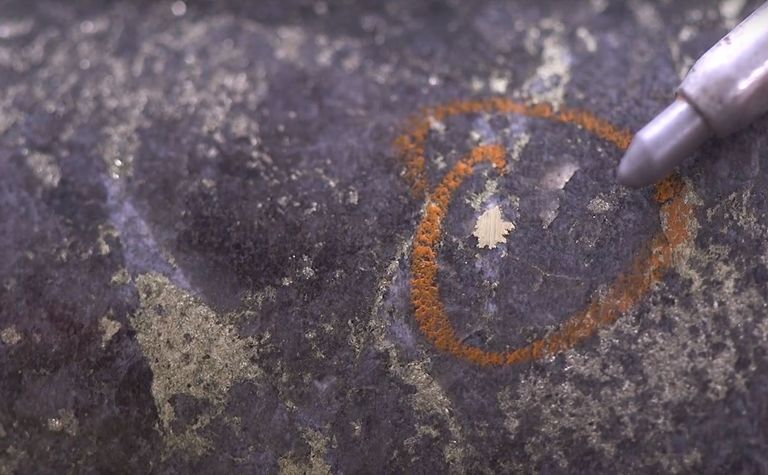 Recent drilling has traced mineralisation at the new Triple 8 discovery over 85m wide, on scale the company says it has not seen at Windfall Lake before

Recent drilling has traced mineralisation at the new Triple 8 discovery over widths to 85m, on a scale the company says it has not seen at Windfall Lake before.

Osisko had in May started two deep drill holes to investigate the potential for depth extensions of the Lynx and Underdog mineralised zones, as well as to further test the intrusion-related geological model for the Windfall deposit at depths of about 2,000-2,500m from surface.

The results confirmed and expanded the Triple 8 discovery, which falls well outside the area of the recently announced Windfall mineral resource estimate.

Wedge-hole OSK-W-18-1603-W2 intersected a zone of sericite and silica alteration over 85m containing sulphides and zones of gold mineralisation from about 1,485m to about 1,570m downhole. This alteration zone includes two significant gold bearing intervals located between about 1,510-1,554m downhole, the company says.

The new wedge extends the Triple 8 zone by 50m to the south from the discovery hole OSK-W18-1603. While the Triple 8 geometry is still being interpreted, the zone appears to remain open in all directions. Previously drilled wedge OSK-W-18-1603-W1 intersected a fault zone and porphyritic intrusive in the anticipated Triple 8 area.

"We are confident that as we progress with drilling the deeper sections of the Windfall deposit we will continue to have discovery success," president and CEO John Burzynski says.