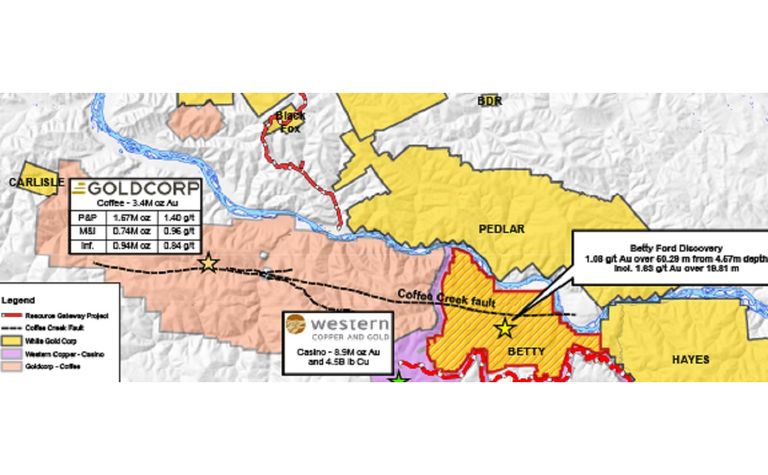 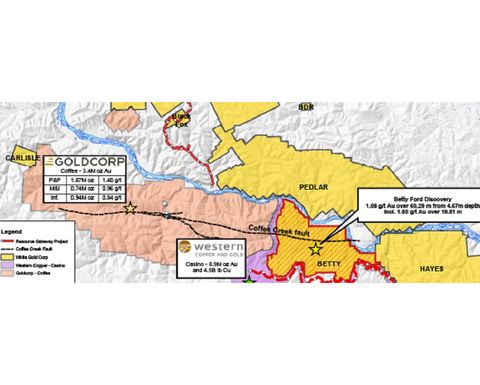 White Gold reported highlights including 50.29m at 1.08g/t gold from 4.57m at the Betty Ford target, and gold mineralisation in every hole at Betty White with results ranging from trace to 3.61g/t.

"The discovery on the Betty Ford target is a very significant finding, intersecting over 50m of near surface gold mineralisation at grades comparable to the adjacent Coffee project, along trend and with structural similarities," exploration VP Jodie Gibson said.

Gibson said the company believed the preliminary drill programme had just "scratched the surface" of the fault's potential.

"Furthermore, this marks the fourth new discovery by our team this season, further increasing confidence in our exploration methodology and providing greater understanding of the regional geology and the prospects for additional discoveries," Gibson said.

The company now holds more than a million acres in the White Gold district, including its flagship White Gold deposit and recent Vertigo discovery on the JP Ross property to the north-west.

It is backed by Agnico Eagle Mines and Kinross Gold, which both maintained their 19.6% stakes in a November raising that generated C$15 million (US$11.4 million) for Yukon exploration activities.

White Gold shares leapt from a 52-week low of C54c in September to touch C$2 in early October, after reporting further high-grade gold and silver results from surface at Vertigo.

White Gold turns heads as exploration steps up a gear