Brazil-focused explorer Meridian Mining has taken an option to buy the Cabacal copper-gold project in Mato Grosso state, an asset previously looked at by Rio Tinto. 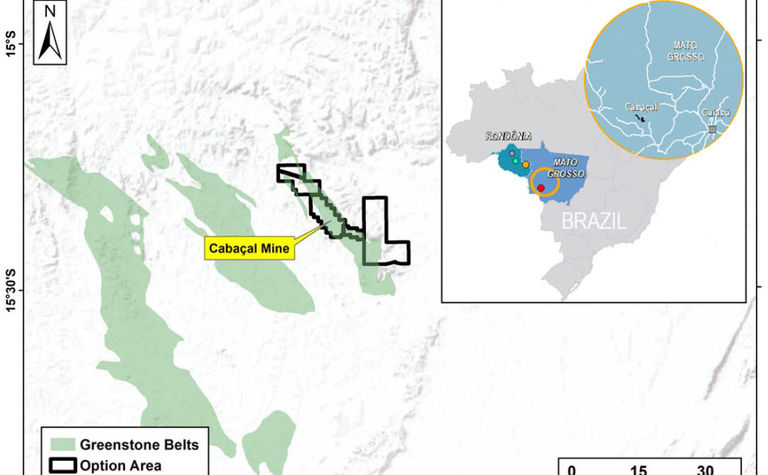 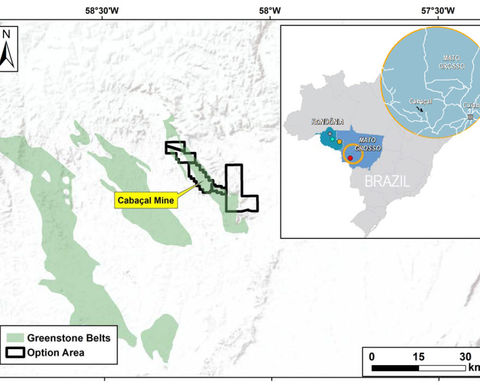 Regional map showing the location of the Cabacal project, Brazil

Meridian has agreed to pay US$8.75 million and issue 4.5 million shares to two arm's length vendors, spread over 39 months and coupled to specific milestones.

Cabacal has an undeveloped mineralised zone extending from near-surface to 175m depth, traced over 1.8km in historical drilling, and remains open at depth and along strike. Meridian reported historical mineralisation intersected by BP Minerals could be "exceptionally thick", including one intersection of 21m grading 0.59% copper and 1.04 grams per tonne gold.

The project has an extensive database of 600 drill holes totalling 70,000m, including 17,300 associated assay samples, 2,800 line kilometres of areal geophysics and 190km of ground geophysics.

The volcanic-hosted massive sulphide project is said to have other base metals and silver upside.

Cabacal was discovered in 1983 by BP-M, before being acquired by Rio Tinto (at the time RTZ) as part of its $4.3 billion acquisition of BP-M in 1989. The vendors acquired the project from Rio Tinto in 2005.

Cabacal has a historical inferred resource of 21.7 million tonnes grading 0.6% copper and 0.6g/t gold, completed by Falcon Metais in 2009.

Meridian also holds the Espigao polymetallic project, the Mirante da Serra portfolio of manganese projects, and the Ariquemes tin exploration portfolio in the state of Rondônia.

Meridian shares (TSXV:MNO) gained as much as 22% in Toronto on Wednesday and finished at 36.5c, which capitalises it at C$28 million (US$21 million).

Meridian to mine more manganese in Brazil