Europe’s nascent lithium ion battery industry could be outflanked by China before launch, European Metals has warned. The junior maintains plans to mine and refine lithium in the Czech Republic can play a significant part in a diverse Europe supply base – if funding materialises. 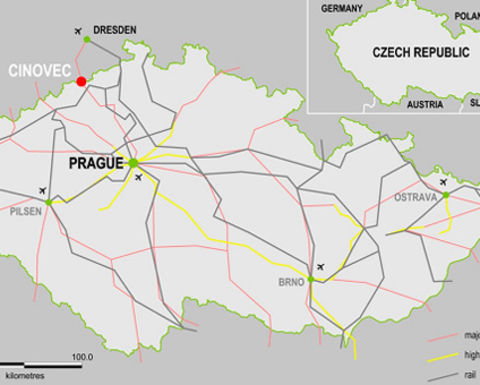 "Mining spodumene and sending it to China is not going to help the supply demand equation in Europe one bit," Keith Coughlan, managing director of ASX and LSE-listed European Metals, told Mining Journal.

Coughlan's view on sending material to China echoes that of rival Savannah Resources, which has the Mina do Borosso lithium project in Portugal, which plans to do just that (at least until it can secure funding for a refinery in Europe). But Coughlan believes that wouldn't support Europe's strategic interests.

"The Chinese build more EVs than the rest of the world combined," he said. "Any lithium concentrate that gets exported to China stays in China - they consume it all. They're not going to be exporters of lithium or batteries any time soon."

With Volkswagen planning to build 22 million electric vehicles over the next 10 years, and BMW expecting annual sales of half a million electric cars by the end of this year, there is a scramble underway to secure European lithium supply. At least six separate projects are planned in Europe. But low lithium prices and the absence of European refining capacity stand in the way.

European Metals' Cinovec lithium and tin deposit in the Czech Republic has an indicated mineral resource of about seven million tonnes of lithium carbonate equivalent. The company wants to build a refinery in the Czech Republic, able to produce battery grade lithium hydroxide, by 2022.

With the estimated cost of most projects well above US$100 million, observers have questioned the viability of integrated lithium mining and refining operations. Low lithium prices are not helping.

However, Coughlan suggested equity capital has always been an issue for smaller companies, and pointed to debt finance as a possible solution, combined with financial incentives in Europe.

"The advantage in Europe is that the debt component will be easier to come by than other parts of the world," he said. "Because of the groundswell of EU support and national government support, we're more likely to see attractive debt packages and export credit financing.

"At the end of the day if you're doing a large lithium project, you need a significant partner, there's no two ways about it. If you do it with Volkswagen, you're going to get your debt considerably easier than if you have a Chinese group on the other side. That's what the industry has to do. You can't build an industry if you don't have raw materials."

Lithium prices are expected to rise around 2022-23, as EV production takes off around the world. For instance, Volkswagen is expected to produce three million EVs in 2025. Coughlan said if true, it would require a minimum of 120,000 tonnes of lithium - and added 1.8 million tonnes of lithium would be needed for EVs by 2028.

"There is going to be a shortage of lithium, there is no doubt," he said.

European Metals' hopes rest partly on the difference between the refining process for lithium zinnwaldite - a form of lithium mica - and lithium spodumene, which is a popular type of lithium being mined along with South America's brine salars.

Rather than using a two-stage process that requires roasting the lithium then cooling it down, adding large quantities of sulphuric acid, and then heating it up again to 850C, refining lithium mica is a single-stage process at lower temperatures that should in theory reduce costs.

"Spodumene has a higher lithium content in the rawest form than zinnwaldite, but it's more expensive to get it out. That's just a fact of life," said Coughlan.

"We recycle about 20% of the sodium sulphate back into the roast. We save on cost there but what's more important is the level of recovery from zinnwaldite. Recovery of lithium is greater than 8% from the mined ore to your end product, and that's significantly higher than anywhere in the world with a spodumene roast."

The lithium mica European Metals is focusing on is part of the same deposit that crosses the border between the Czech Republic and Germany. On the other side of the border, Bacanora has a 50% stake in a separate lithium project. However, according to Coughlan, Bacanora must either exercise the option to acquire the remaining 50% of that German deposit by February, or forfeit its existing 50% stake. The cost of the transaction would be about €25 million.

"I've been down in their mine, it's the same hard rock, it's somewhere between a third and a tenth the size of the Czech deposit," he said. "It is an interesting little deposit, it's perhaps not big enough to build the full plant and go to hydroxide or carbonate production, which is probably why they have a business plan that looks at producing a more specialist lithium material, lithium fluoride."

If Bacanora chooses not to continue its project, however, European Metals would probably not seek to acquire the Zinnwald deposit in Germany - the company says the seven million tonnes on its side of the border is enough, and it wouldn't seek to expand unless there was a more specific reason to do so.

Finally, the company is optimistic about the future, given the European Commission has named lithium operations as "important projects of common European interest", and set out its support for a Europe-wide electromobility initiative, Green eMotion, worth €41.8 million, in partnership with 42 partners from industry, and set aside €24.2 million to finance part of the initiative's activities. In May, France and Germany established a European cross-border battery cell consortium to foster the development of batteries for EVs in Europe. The two countries committed an initial investment of more than €5 billion in the initiative.

"There's no reason Europe can't compete with Asia in the manufacture of vehicles," said Coughlan. "The EU is throwing a lot of money behind this and I believe we'll be the beneficiary of the tailwind to produce EVs and source materials as much as possible within their own jurisdictions."