Highland to push for Copperwood financing

Highland Copper Company will present something of a test of equity market sentiment toward emerging copper projects in top-tier jurisdictions when it tries to conclude debt and equity financing for its proposed US$300 million Copperwood project in Michigan in the first half of next year. 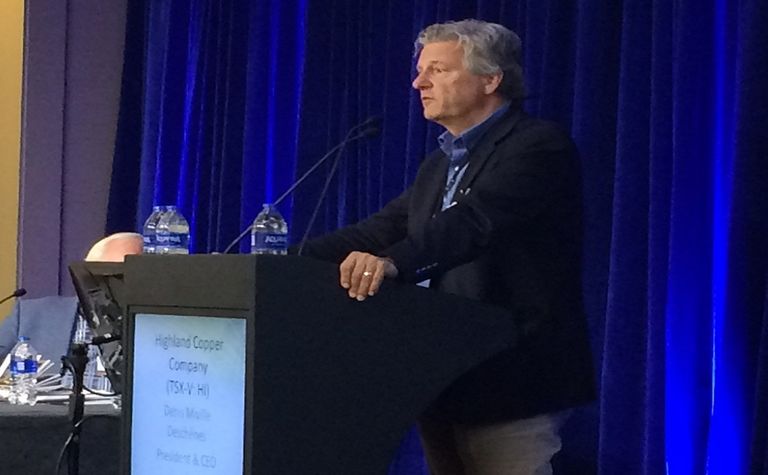 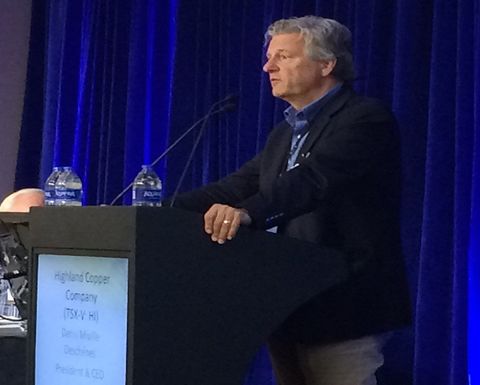 Highland president and CEO Denis Miville Deschenes admitted at the Beaver Creek Precious Metals Summit "it's very tough at the moment on the equity side" with the company's sub-C$50 million market cap. It has strong backers in the form of Greenstone Resources (17%), Orion Mine Finance (15%) and Osisko Gold Royalties (16%) which, with institutional and management shareholdings, leaves about 21% of free float in its 473 million shares.

Deschenes said Highland had started talks with potential debt financiers and would be "pushing hard to complete" a project finance package early next year.

He said the company was expecting to have Copperwood re-permitted by the end of 2018 (renewing earlier full permitting by Orvana Resources).

Highland wants to establish a 6,000t per day underground mine to feed a 2.4 million tonnes per annum plant and initially produce 61.7Mlb of copper and about 100,000ozpa of silver at operating costs of around US$1.29/lb for copper (first five years) with project capital payback within 3.5 years at a copper price of $3.15/lb.

Deschenes said the company had framed its feasibility study mine plan earlier this year when copper prices were stronger, but obviously remained bullish about the red metal's long-term pricing.

Highland's 42Mt of measured and indicated resources, grading 1.4% copper, used in the FS mine plan is part of current M&I resources of about 50Mt at 1.2-1.6% copper and inferred resources of a further 50Mt, using $3 copper and $18/oz silver.