OceanaGold Corp is seeing significant potential to expand resources at depth at Haile in North Carolina as it closes on receipt of its underground mine permit and moves through commissioning of the expanded processing plant at the site, CEO Mick Wilkes said at the 2019 Denver Gold Forum. 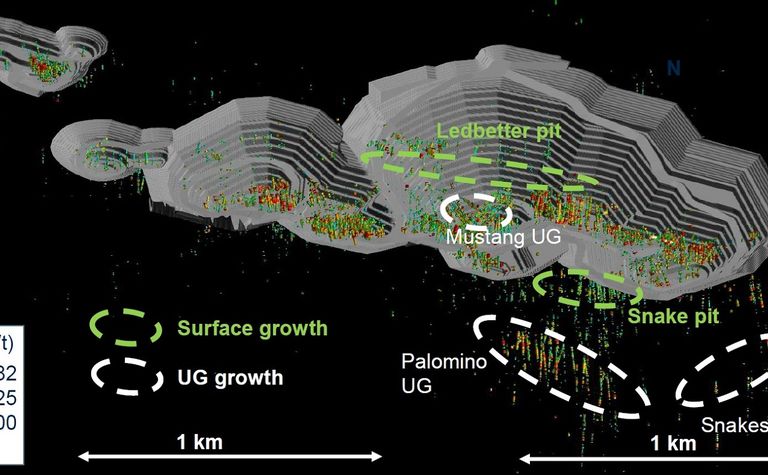 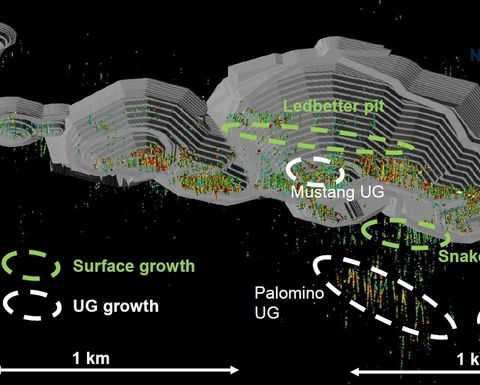 The company, which is in critical permitting and/or permit-renewal phases at its core Didipio copper-gold, and Haile, operations, and is moving into one at Waihi in New Zealand, hopes to start development of an 800,000 tonnes per annum underground mine at Haile in the third quarter next year.

Haile is now under the watchful eye of executive general manager Jim Whittaker, a highly experienced ex-Barrick Gold and Placer Dome executive and mine manager  who joined OceanaGold in July.

Wilkes indicated it was a key appointment given Haile's early operational issues and coming expansion, and then in turn the bigger Haile's part in OceanaGold's 50% production growth target in the next five years. The mine is producing up to 160,000ozpa from surface, and is expected to contribute more than 200,000ozpa from 2022 with the addition of the Horseshoe underground.

"The openpit is performing well," Wilkes said in Denver.

"We've got new management in place to take us through this expansion phase and get the underground built.

"We're planning to start development of the underground in the third quarter of next year, so by end of 2021 we'll have first stope production.

"It's a fairly simple design; not very deep - it's less than 1km to get to the top of the orebody from the side of the pit."

OceanaGold is examining adding a pastefill plant instead of using cemented rockfill underground, and Wilkes said he didn't have an exact capital expenditure number for an updated underground project blueprint. No doubt the handful of analysts who visited the site on the weekend, and their institutional clients, will have some additional insight.

"It's looking positive," Wilkes said. "[The projected capex is] about that US$60-80 million capital for an 800,000tpa underground delivering 5gpt dirt to the mill, at least for the first five years.

"The whole concept at Haile since we bought the project back in 2016 was that it would be an openpit and an underground. Haile is a work in progress until we get all of that potential from the underground into the mine plan.

"We've been drilling at depth. Palomino is the next target for extensions of underground [resources].

"It's looking very promising for a sizeable resource there [that] could extend the [underground] mine life by another 6-7 years.

"There's the very cutely named Snakeshoe deposit, and Horseshoe Deeps … and a lot of areas beneath the openpit that haven't been explored yet. We are finding extensions to the resource in the openpit, just beneath the pit. The resource is holding up well [and there are] some strong grades coming out of the infill drilling that we're doing.

"Success at Haile in terms of exploration is very dependent on how much drilling you do because of the nature of the orebody."

Wilkes said Haile's new Isamill fine grinding mill had been commissioned and the overall upgraded plant was achieving throughput levels above 3.5 million tonnes per annum, but with recoveries of not much more than 80%. Further improvement would be targeted with increased fine grinding capacity, he said.