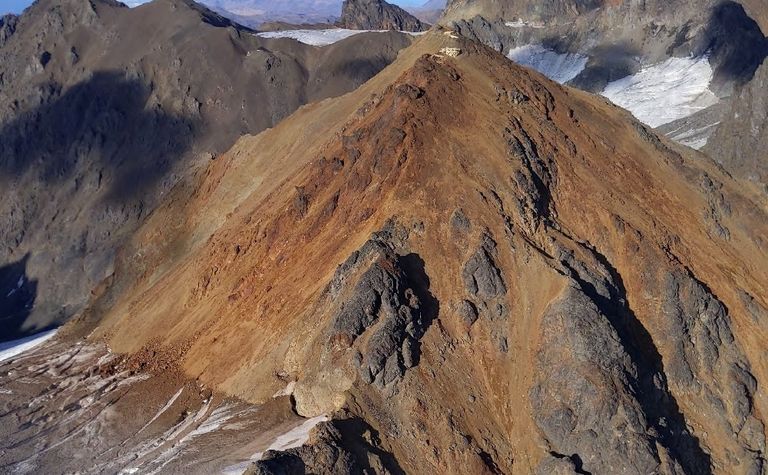 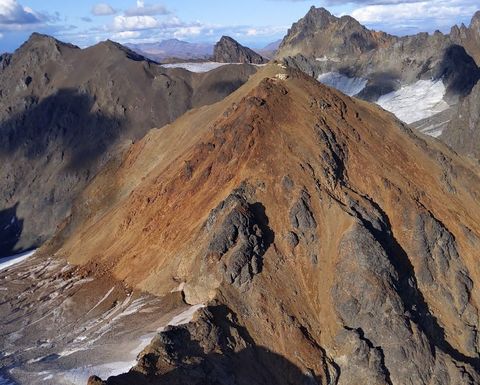 British Columbia has plenty of discovery potential, such as at Evergold Corp's Snoball project in BC's Golden Triangle

Despite the COVID-shortened field season nearing its end for most, exploration results are starting to flow, adding to market anticipation around potential merger and acquisition activity.

Skeena Resources, which in August uplisted to the TSX main board (TSX:SKE; up 175% to C$3.08 since then) said its ongoing exploration drilling at Eskay Creek was increasingly pointing to robust underground potential.

VP for communications Kelly Earle said during the Precious Metals Summit recent exploration at the soon-to-be-100%-owned Eskay Creek was intersecting strong mineralisation at depth and had identified at least two deeper mineralised mudstone horizons below the openpit on which it published a preliminary economic assessment late last year.

"Our thesis is pretty simple. when production started at Eskay Creek, it was the highest-grade gold mine in the world at a 30 gram per tonne gold cut-off to produce direct shipping ore while the mill was under construction. It then dropped to 15g/t upon completion of the mill," Earle said.

The company drilled some deep holes this summer to follow up on the deep-lying horizons which returned intercepts of 35.42m at 25.03g/t gold-equivalent from phase one surface drilling, including an intersect of 314g/t over 2.21m. Earle said drilling in the "even lower mudstone" sequence - where results included 4.2m at 6.26g/t Au-eq - confirmed a new discovery below historic mining.

"It's completely outside of our pit limits, outside of our current resource. And we think this could add an underground component to the mine in the future," she said.

The company's current resource model currently has a modest 300,000oz underground, but it sees potential to chase the VMS feeder structures in upcoming drill plans, anticipating an increase in the grade and thickness of the mineralisation at depth.

Skeena had set itself an exploration target of 5Moz grading 5g/t gold-equivalent to underpin a feasibility study. It plans to get there with the current 88,000m drilling programme.

Skeena is aiming for a resource update early in the New Year, followed by a pre-feasibility study in the second quarter of 2021, and it expects to have development financing in place by year-end 2021.

Earle said a PEA would also consider synergies between the nearby Snip project, acquired from Barrick in mid-2017, where it announced a maiden resource in July.

Ascot Resources' (TSX:AOT; up 119% to $1.27 in 12 months) CEO, Derek White, said its assets to the south of the Golden Triangle near Stewart had significant discovery potential. The company released a feasibility study in April on its Premier and Red Mountain projects, outlining robust economics.

The study was based on a proven and probable reserve of 6.2Mt grading 5.9g/t and 19.7g/t silver. The project also has inferred resources of 5.1Mt grading 7.25g/t at Premier, with about 2.2Mt of this resource material at a similar grade, near the planned development, which may potentially be converted to reserves once production has started.

White said the company had started various engineering studies following the FS, in parallel with drilling up a bigger resource. Ascot is about to order new ball and SAG mills for delivery by next June as it works to reinvigorate the brownfields Premier infrastructure.

Since June, the company has been drilling the Premier West target, the Day Zone, and the new Silverhill target "which looks to have similar geology to Skeena's Eskay Creek".

He said the company was seeing significant potential for more mineralisation west to the Woodbine target and east to the 609 Zone, where the company had "quick success".

At the Day Zone, there is a high probability drilling will connect with the Big Missouri deposit on the other side of the hill.

White said these additional resource opportunities would probably not do much to change the feasibility economics, but could probably be brought into the mine plan without too much trouble and support a potentially larger operation at 2,800t/d, to push production past 200,000oz.

GT Gold (TSXV:GTT; up 50% in 12 months to $1.53) CEO Paul Harbidge suggested the company was probably looking at a third discovery at Tatogga, adding to the two Saddle discoveries it made in two years.

The company is currently working towards publishing a PEA by year-end on the more advanced Saddle North copper-gold porphyry deposit in the northeast corner of the triangle, just 20km from Newcrest's majority-owned Red Chris mine. It put out a maiden resource here in August, reporting 1.81Blb copper and 3.47Moz gold, with an inferred component at 2.98Blb and 5.46Moz, respectively.

The company is now looking at conceptual development scenarios, weighing a bulk gold scenario against a higher-grade option focused on the deposit's underground core potential. "We see optionality and flexibility driving value in the forthcoming PEA," he said.

A resource update on the Saddle South deposit, 3km away, will follow the PEA.

The prospect has two 7km trends and represents acute discovery potential. Harbidge said there were four priority targets with porphyry potential. "It has all the ingredients for a discovery," he said.

The Ross Beaty-backed company had to date outlined about 9Moz gold and 5Blb copper over a 14km trend.

Meanwhile, Sprott-backed Scottie Resources' (TSXV:SCOT; up 141% in 12 months to 47c) Bradley Rourke said the company had assembled a land package of 24,589 hectares, taking advantage of fire sales during the height of the pandemic to close 15 deals in five years.

He said aggressive glacial retreat at the project that includes the eponymous brownfields mine "that just happens to be attached", provided it with a "considerable exploration advantage". The company acquired the Summit Lake property about 1.5 years ago which hosts several mineralised gold showings with "extraordinary grades".

Work completed at the end of the last season returned multiple intercepts over 100g/t, including an 11g/t over 11m, a 50m step-out from the M Zone that accounted for about 80% of the former mine's output. "That's an entirely new story," said Rourke.

The company is undertaking 7,000m of drilling this year, targeting several holes at never-before drilled targets. These include 18 holes into the Domino Zone and the 6oz Zone, while prospecting at Summit Lake had produced "great grab samples". Assay results are expected soon. 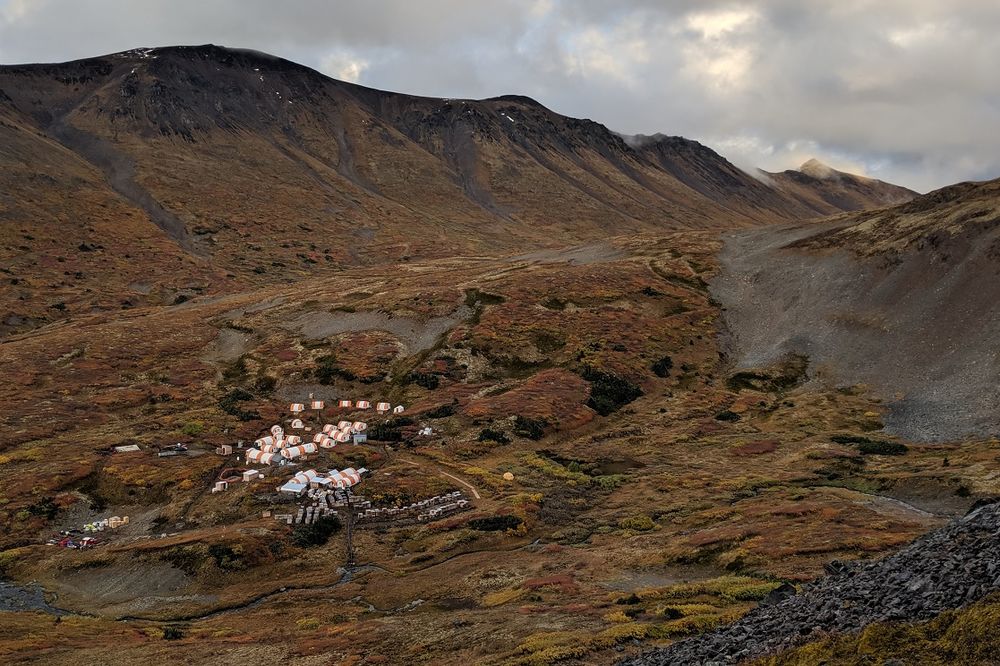 Meanwhile, Seabridge Gold (TSX:SEA; up 45% in 12 months to $26.45) is sitting on the largest undeveloped gold-copper project in the world. Its KSM project hosts 38.8Moz of gold and 10.2Blb copper in reserves. The company had updated a PEA on the project earlier this year, drawing on more mineralisation in the Kerr, Sulphurets, Mitchell and now also the Iron Cap deposits.

Chairman and CEO Rudi Fronk said once built, KSM would be the largest mine in Canada, with a throughput of 170,000t/d capturing only a third of the resources.

Fronk had to date shot down at least five proposals from interested parties to acquire the asset. Fronk is determined to get a deal done on terms shareholders of the tightly-held (66.6M shares outstanding) company deserve.

"We're getting close. And we believe that the environment we're now in in terms of metal prices, and more importantly, cash flows that are being generated by these big companies will now allow us to get a deal done on the terms that we're looking to achieve."

Fronk said the company was now drilling for discovery at the Iskut project it acquired through the acquisition of Snipgold, which is thought to be "another KSM opportunity". Results are expected within the next three months.

Tudor Gold (TSXV:TUD; up 321% to $2.99) said it had made a significant discovery at its Treaty Creek project, on-trend with Seabridge's KSM and Iron Cap deposits. VP for project development Ken Konkin, who is credited with discovering Pretium Resources' Valley of the Kings deposit, said summer drilling had intersected significant gold-copper-silver porphyry-related mineralisation within a sizeable magnetic anomaly called Perfect Storm (PSZ).

The PSZ magnetic anomaly is along a relatively evenly-spaced frequency of large deposits following the Treaty-Sulphuretes Thrust Fault, about mid-way between the Iron Cap deposit to the southwest and the Goldstorm system 3km to the northeast. Taken together with the Valley of the Kings, the region hosts 79Moz gold 14Blb copper.

Konkin said the exploration target area was at least 1.5km long and 500-800m wide. "We are very excited to see the results confirming that large mineralised polymetallic systems occur at a predictable frequency along the belt.

"We are planning an aggressive diamond drill-hole programme for 2021 to expand further the limits of the PSZ system's potential mineralisation, searching for the centre of the metal pile as we have successfully done with the Goldstorm system," said Konkin. "We have set a billion-tonne target."

The company plans to publish a resource update following this year's exploration campaign.