Continental Gold (TSX: CNL) says development at its high-grade Buriticá gold project in Colombia is on track for the mine to achieve its first gold pour in the first half of 2020. 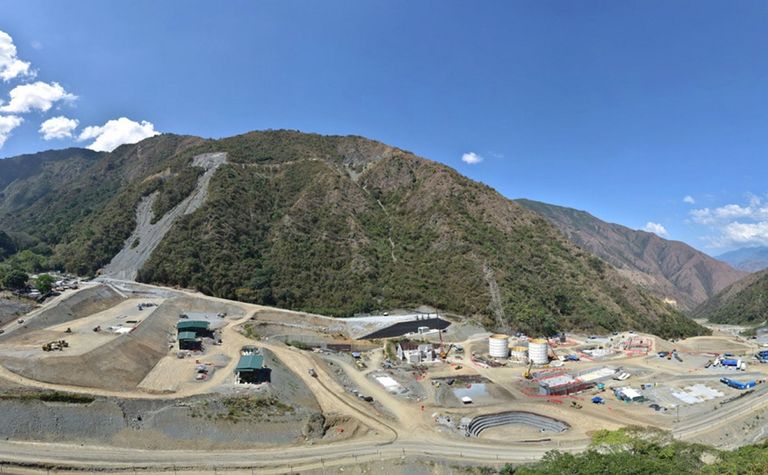 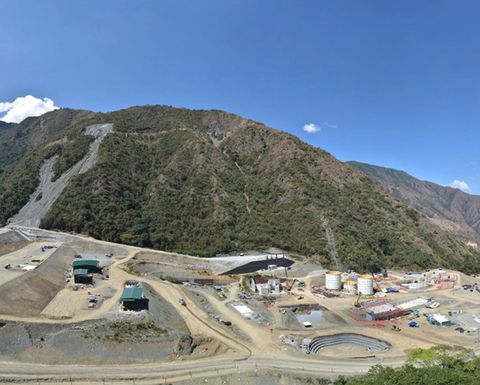 The infrastructure site under development

The news lifted the company's shares more than 21% yesterday to C$2.18 as the gold price also strengthened. Its shares had touched a 52-week low a day earlier of $1.76.

The company's share price has tumbled over the past year following a number of fatal security incidents that have raised questions whether 19.9% shareholder Newmont Mining will continue its involvement, given Continental needs additional financing to help meet the project funding shortfall.

Continental has also seen changes at the top, with director James Gallagher resigning this month to focus on other professional duties and president Mateo Restrepo Villegas resigning in November.

"Construction will advance rapidly in all areas as we prepare the mill for the production phase, and we look forward to achieving the targets we have set for 2019," he said.

Continental said underground development was ahead of schedule and nearly 55% complete at the end of December, while the mill and surface infrastructure engineering and procurement were 94% complete.

An updated mineral resource, expected this quarter, was also ahead of schedule and progressing well, the company said.

Continental was in the process of preparing an updated resource, mine plan and project budget - to incorporate additional drilling, changes to the mine plan and adjustments in scope, cost escalation and timing - it said in its latest MD&A.

The feasibility study had put initial capex at US$389.2 million but Continental said its current cost estimate was in the range of $475-$515 million.

The updated resource includes some 85km of drilling undertaken as part of the 2015-2018 exploration programme and 2km of additional underground channel sampling on both the Veta Sur and Yaraguá vein systems. It also includes extensions to the Veta Sur system and an initial resource estimate within the broad mineralized zones (BMZ).

An initial mineral resource was stated for mineralised material between modelled veins within the BMZ and totals 90,000oz gold equivalent in the measured and indicated categories and 220,000oz gold equivalent in the inferred category. Growth potential exists for this BMZ mineralization with additional infill and definition drilling from underground development currently advancing.

The resource estimate update saw an increase in silver grades and contained silver ounces compared to the 2015 estimate due to the inclusion of high-grade hanging wall veins in the Veta Sur system and modification of assaying procedures for silver to include a gravimetric finish for higher grade samples.

Results from geological mapping of extensive underground development, re-logging of approximately 40% of historical drill core and the new drilling campaign have provided a better understanding of the mineralised systems leading to a simplification of the gold-bearing bodies into 27 vein packages and three BMZ bodies. These will provide the framework for mine production planning.

"Buriticá demonstrates excellent consistency of grade and continuity particularly with respect to the high-grade zones which have now been drill-tested to depths below surface of over 1,800m. This is a remarkable gold system and the company has demonstrated that the geological model is robust," said special advisor David Reading in a news release.

Continental's shares were trading at C$3.50 a year ago.