Troubled gold hopeful Lydian International says it has been granted a reduced water permit for its stalled Amulsar project in Armenia but is unable to make use of it.

Lydian’s Amulsar project in Armenia, pictured under construction in June 2018

The company had been denied requests last year to draw water from the Arpa River in excess of 40l/s but said yesterday it had been granted a permit to draw 11l/s, which it had estimated would be enough to support completing construction.

"However, the company is still deprived of access to its property by illegal blockades and has been unable to raise financing to complete construction of the Amulsar project as a result," interim president and CEO Edward Sellers said.

"We call on the government of Armenia to take immediate action to address the continuing illegality around the Amulsar project."

The 75%-finished project has been blockaded since June 2018 and the company has also faced a series of permitting setbacks, saying yesterday it was disputing the denial of its application to draw water "at a volume sufficient to support longer term operations".

A September 2019 feasibility update envisaged Amulsar would produce an average 204,000 ounces of gold over a 12-year life.

Lydian has incurred costs of US$362 million towards the initial capex figure of $508 million.

The company was granted protection under the Companies' Creditors Arrangement Act in December.

It delisted from the Toronto Stock Exchange earlier this month.

Stalled gold hopeful to be delisted in February 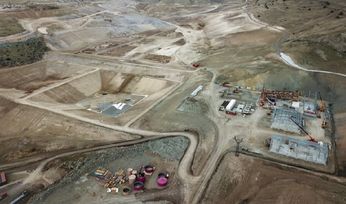 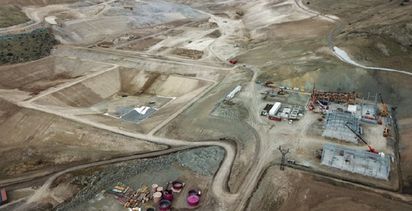