Gold find could be Uttar rubbish

The shock and awe at India’s sudden discovery of 3,500 tonnes of gold in the state of Uttar Pradesh has only been matched by the wonder at its apparent disappearance. 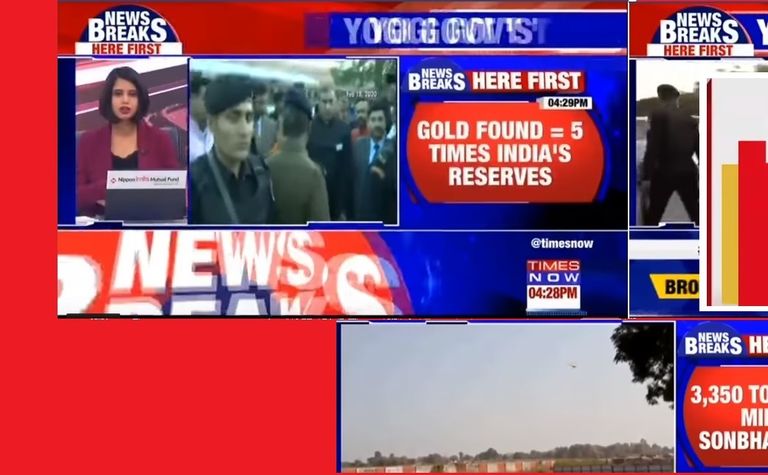 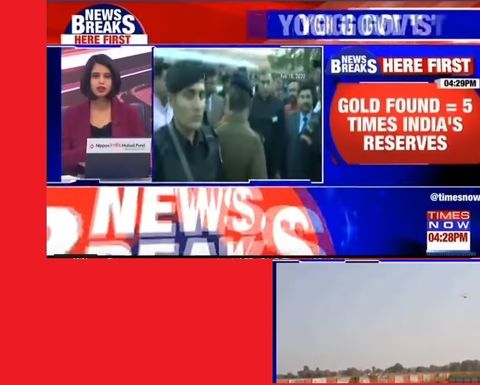 After hysterical local media coverage of claims by Sonbhadra district mining officials' last week that a vault of gold the size (moreorless) of Germany's existed in some low-lying hills in the Son Pahadi and Hardi areas of the district, the Geological Survey of India [GSI] came out and tried to put as much distance as possible between it and what was coming out of Uttar Pradesh, where chief minister Yogi Adityanath had reportedly visited "the mine".

"Such data was not given by anybody from GSI. GSI has not estimated such kind of vast resource of gold deposits in Sonbhadra district," director general of the Geological Survey, M Sridhar, was reported as saying in Kolkata. "We share our findings regarding any resources of ore after conducting a survey with the state units. [The GSI Northern Region] carried out work in that region in 1998-99 and 1999-2000. The report was shared with [the] Uttar Pradesh Directorate of Geology & Mining for information and further necessary action."

While the directorate doesn't list gold among the ‘major minerals' identified in the state (or even the minor ones!), Sonbhadra district mining officer for the UP DGM, Kamlesh Kumar Rai, was reported last week as saying a report based on work in the target areas started after 2005 had just lobbed on his desk suggesting gold worth more than six-times the bullion kept by the Reserve Bank of India had been found in the area.

A Reuters report that subsequently mentioned the GSI's Kolkata office thought there might be 160kg of gold in the area also quoted Uttar Pradesh mining department head Roshan Jacob seeming to confirm the initial 3,500t claim.

The GSI Northern Region was "conducting an aerial survey of the quarry area for which two helicopters have been deployed".

India media reports after the initial claim was made - based on no known drilling or bulk sampling, and certainly no sign of any mining - started speculating on how the estimated US$185 billion of gold might impact not only the state of Uttar Pradesh and its circa-200 million inhabitants, but the finances of the country, which imported more than $31 billion of gold last year.

One said the stunning gold discovery could "completely change the future of the state", though the Uttar Pradesh government had "so far … been very tightlipped about how it will go ahead from here". It had created a "seven-member team" that would shortly file a report and "then the whole area will be divided into blocks for a tendering process … to mine the gold ore that has been found".

"It may be a bit early," a TV news reader ventured, "[but] what is the Yogi [Adityanath] government saying?". The response from the station's Uttar Pradesh bureau reporter was something along the lines of, "not much".

Mining and India commentator, Jayant Bhandari, a former analyst and currently an investment advisor, said over the weekend the "euphoric" Indian media had completely overlooked the lack of technical information put out by local government representatives, who had "already labelled the project a mine".

"[With 3,500t insitu] this would be, by a massive margin, the biggest gold mine in the world, in a country where there is today only one small gold mine," Bhandari said.

"No wonder, UP chief minister Yogi Adityanath visited the mine recently.

"In reality, this news is utterly baseless, is an outrageous propaganda, and shows how clueless Indian journalists and those who prepared the news release in the Geological Survey of India and the UP Mining Department are. I have been analysing, investing in, and helping others invest in gold mining companies around the world for the last 16 years. I have never seen such news on a gold project, which has no data, no real work done, and is based on nothing more than arm-waving.

"It cannot even be called a speculation at this stage.

"What Indian geologists have is a project, which if it really has a lot of gold in it, will take a decade or more just to define a resource on it. Then they have to do economics on it. The probability of this ever becoming a mine based on what they have done so far is miniscule."