Newmont and Agnico Eagle Mines have announced a joint venture to explore the Anzá project and other prospective “district-scale” gold targets in Colombia. 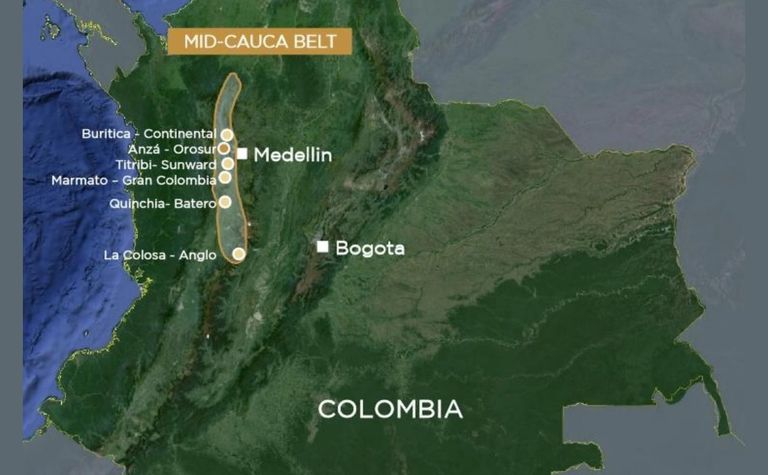 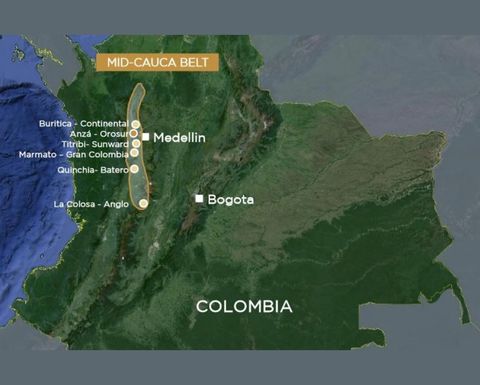 Newmont had entered a three-phase agreement with Orosur Mining in September 2018 to earn up to an initial 75% of Anzá, by spending US$30 million over 12 years, completing a feasibility study and paying $4 million over the first two phases.

Newmont had concurrently acquired $2 million of Orosur shares, giving it at a 19.9% stake in the junior.

Agnico said it would operate the 50:50 joint venture with Newmont and would sole fund the JV until its expenditures equalled Newmont's previous investment of circa $2.9 million in the Anzá project.

"Thereafter the parties will continue funding on a 50-50 basis," Agnico said.

"Agnico Eagle has been actively looking at Colombia for some time, and this low-cost entry is consistent with our exploration strategy and existing investment in Royal Road Minerals," exploration senior VP Guy Gosselin said.

"The Anzá project is well located within the Mid-Cauca belt in Colombia which hosts several world class gold deposits."

The companies described the 200sq.km Anzá project as 50km west of Medellin and 60km south of Zijin Mining's Buriticá operation.

Newmont recently bowed out of other investments in Colombia.

It sold its 19.9% stake in Buriticá developer Continental Gold for $260 million in March, to support the acquisition by Zijin.

It also had an option to earn up to 70% of Outcrop Gold's Lyra project, where exploration resumed in November after a force majeure condition related to security concerns was lifted, however Outcrop said in July Newmont had terminated the agreement in the June quarter and withdrawn from the project.

Newmont president and CEO Tom Palmer said the company was excited to partner with Agnico Eagle to further advance exploration opportunities "in this highly prospective region in Colombia".

Orosur had pointed to a significant change of pace at Anzá in a recent presentation.

Search on for 11 trapped miners in Colombia