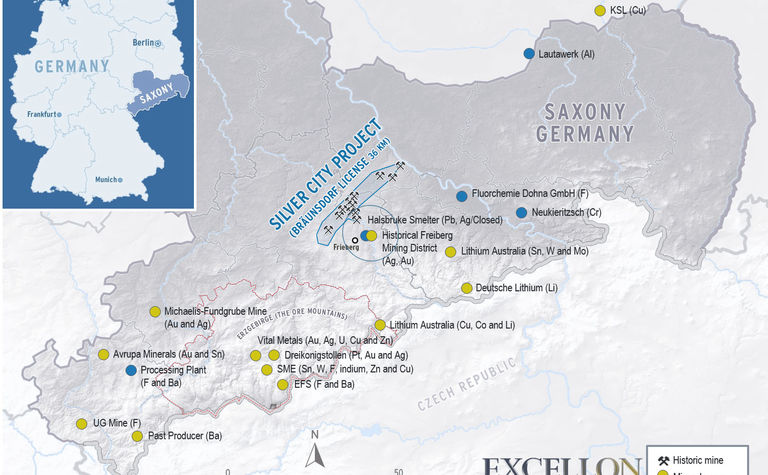 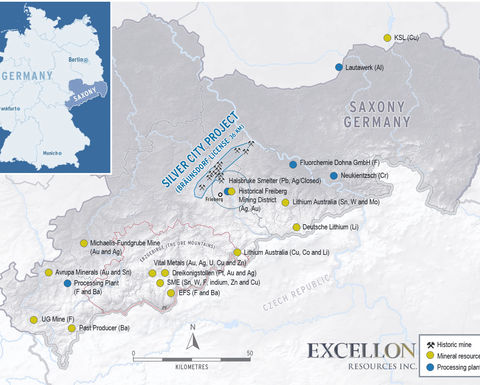 The Bräunsdorf exploration license, which Excellon refers to as the Silver City project, is located in Saxony just to the west of Frieberg. It lies in a "large high-grade epithermal silver district" and was held until now by fellow junior Globex Mining.

"With historic, high-grade mines seldom reaching depths of 200 metres, Silver City may be akin to turning the clock back 100 years on the Fresnillo trend. This opportunity aligns perfectly with our focus on exploring large, underexplored properties for high-grade discoveries on world-class precious metal belts," said Brendan Cahill, Excellon's president and CEO.

The Fresnillo trend in Mexico is one of the world's oldest and most prolific silver districts. It is home to one of Excellon's two Mexican assets, the brownfield Evolución project.

Mexico boasts a highly supportive framework for mining and was rated A for investment risk in Mining Journal's latest World Risk Report.

Excellon is banking on a similarly supportive regime in Germany.

"Saxony is considered the most mining friendly state in Germany due to its transparent and collaborative mining law process, with no holding costs on exploration concessions as long as work is advanced," said the company.

Prospects for silver exploration are improving as the price of the previous metal rises with gold. Investment bank UBS explained why silver is gaining momentum in a note published on Thursday.

"Silver is finally catching up, a reflection of stronger conviction in gold's uptrend. The gold:silver ratio has come off multi-year highs. Silver has been attracting catch-up trades as investors kept missing gold's upswings. The surge in participation out of China is also a key factor, and improving retail participation is encouraging. We expect silver to continue benefitting as gold's bull-run continues," said an extract from the note.

Excellon has 'further work to do'