Silver Bull Resources has set its sights on Kazakhstan while its flagship project in Mexico, subject to a South32 option, remains blockaded after almost a year. 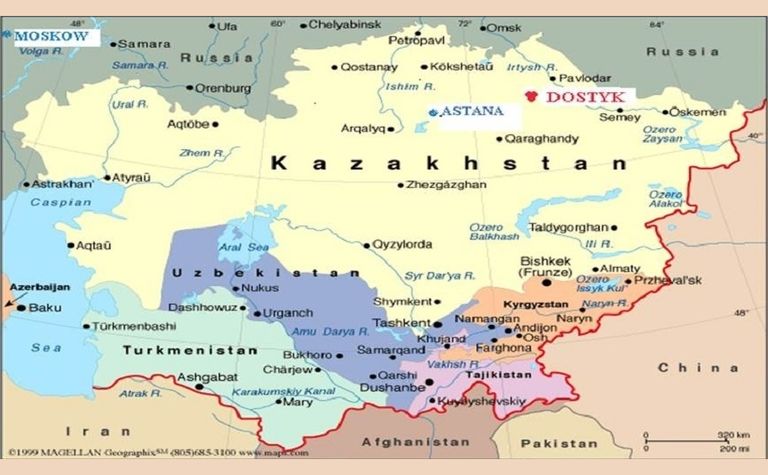 Shares in Silver Bull shot up 28% yesterday as it announced it had entered a plus-US$30 million option to purchase agreement with private Swiss company Copperbelt AG over the Beskauga copper-gold project in north-eastern Kazakhstan.

"We believe the Beskauga copper-gold roject represents one of the best exploration opportunities in the world," Silver Bull president and CEO Tim Barry said.

He said Kazakhstan was fast becoming a "go to" mining jurisdiction due to its recently updated mining law and "incredible geological prospectivity".

"In June 2018 the Kazakhstan government implemented a new mining code based on the mining code used in Western Australia," he said.

"Unlike many governments around the world today, the Kazakh government is very supportive of the mining sector, a view which is highlighted by the fact that numerous major mining companies have recently set up an office in the country and acquired exploration licenses."

It must spend $15 million on exploration within four years then can acquire Beskauga for $15 million in cash.

It would make a bonus payment of up to $32 million if it published a bankable feasibility study with a resource of up to 10 million gold-equivalent ounces on the main Beskauga prospect and 5Moz Au-eq on an additional prospect.

Copperbelt had said last month it was in discussions with a Canadian company over its Dostyk copper-gold project, which contained the Beskauga deposit, after an MOU with a Saudi Arabian company fell through.

The blockade began in September 2019 and is linked to a long-running legal battle over royalties over part of the deposit and wage claims.

"Silver Bull remains committed to good faith dialogue with Mineros Norteños, many of whom have worked for Silver Bull, to find a solution that is acceptable to both parties," the company said.

It said the joint venture option with ASX-listed South32 remained in good standing but was under a force majeure pause.

Australia-based miner South32 gained the option to form a 70:30 joint venture under a four-year, US$100 million agreement struck in mid-2018.

Polymetal extends mine life at Kyzyl, reporting a 25% increase in reserves.