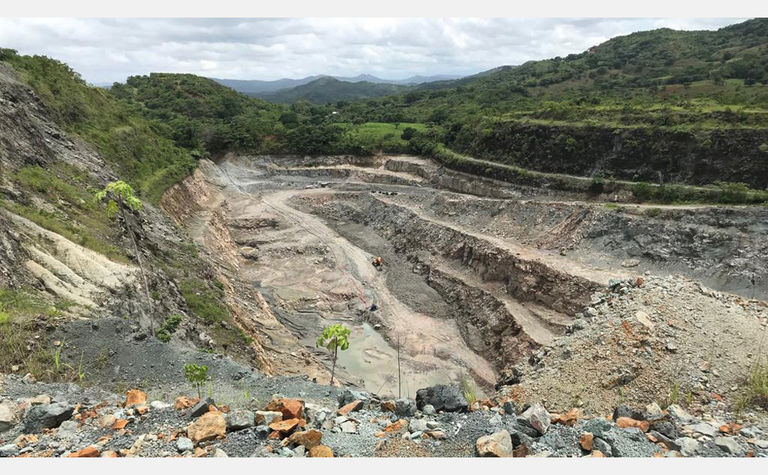 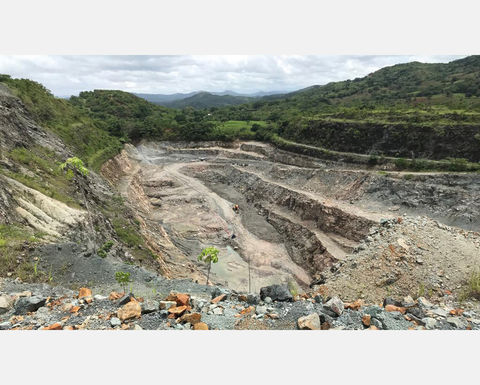 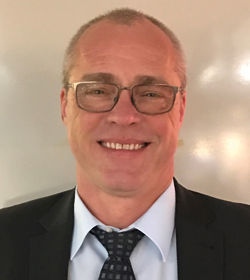 What does a privately owned, US-held Panamanian gold mining company do when it needs to raise capital to support mine construction? It creates a German subsidiary and issues a gold-linked bond on the Frankfurt Stock Exchange - at least, that's what Veragold Mining Company did.

Veragold found itself in a unique situation when it acquired the Mina Santa Rosa project, a world-class asset in western Panama with a NI 43-101 (2016) 1.1 million ounce gold resource. That's because the asset includes a stockpile with 122,000oz of untreated gold at 0.75g/t Au, all of it pre-crushed and ready to be put through a processing plant at an operating cost of just $350/oz.

The owners had broadly three options when it came to financing: treat the stockpiled gold through the plant and wait for cash-flow to finance mine construction and plant expansion; issue some sort of convertible instrument, which would have cost at least 12% and dilute equity; or issue a bond.

The fact this stockpile was just sitting there, de-risked and ready to be produced at an unusually low cost per ounce, was what allowed Veragold's owners to go ahead with the private placement. Essentially, the breathing room afforded them by the $350/oz cost allowed them to issue the gold-linked bond at a deep discount to the current gold price.

Stefan Kreis, Veragold executive vice president of corporate finance and the man in charge of the fundraising effort, said the decision to do a bond issue was easy. "The owners didn't want to go down the equity path, because equity is a question of valuation; and we've got 1.1Moz of gold, which we know will increase to 2-2.5Moz of gold."

Equity could become an option in 18 months-to-two years, Kreis said, "but the first step to get the mine into production will be the bond".

Not an ordinary bond

Kreis said Veragold didn't want it to look like a "plain-vanilla bond", so it implemented a unique two-tier structure involving a monetary element and physical gold delivery for institutional investors. All investors are guaranteed a minimum 5% annual return.

Effectively, institutional investors with tickets larger than €5 million are getting 1oz of gold for €1,000

"When the mine comes into production, we will put in place a side-letter agreement with these institutional investors. That agreement says: you give us back the debentures, and for each debenture we will deliver you 1oz of physical gold," Kreis explained.

This agreement comes with one significant perk: what amounts to a 13% discount. "Effectively, institutional investors with tickets larger than €5 million are getting 1oz of gold for €1,000 - regardless of where the gold price is (at time of delivery). In a sense, this whole structure is nothing more than a forward sale of gold, covered into a bond structure, and providing 5% minimum, guaranteed, interest."

In order to issue the bonds and list them on Frankfurt Stock Exchange, Veragold Mining Company Inc established a German subsidiary, Veragold Mining Company GmbH. The bond is a private placement and therefore is only available in the primary market for professional, institutional and qualified investors. Secondary market participation is open through the Frankfurt, Berlin, and Tradegate exchanges without any limitations for retail investors. It is already trading at a premium.

Since a July 2019 inception, Veragold has managed to issue €15 million worth of subscriptions on the primary market and an additional €5 million on the secondary. In a perfect world, Kreis said the remaining €80 million will be raised by the end of the March quarter 2020. "We've seen some interest from larger investors, but obviously that might take time with due diligence and internal processes," he said.

Germany may seem a curious jurisdiction for Veragold to issue bonds, given its lack of association with mining investment. The owners wanted to raise the money in Europe, but preferred to stay away from London due to the ongoing uncertainties around Brexit. They weighed up Germany and Switzerland, ultimately settling on Germany due to the fact it is in the European Union and is a relatively untapped market. The owners were motivated by the opportunity to tap into the large numbers of German and Swiss investors attracted to the idea of a bond linked to the gold price but unlikely to invest through the London, Toronto, or Australian stock exchanges.

"To set a bond up in Germany wasn't easy. It was quite hard to get it through compliance, having a US-owned private Panamanian mining company. But we managed it, and have successfully launched it here," Kreis said. 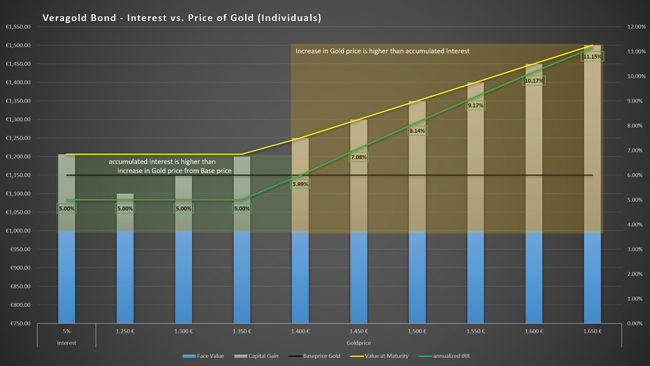 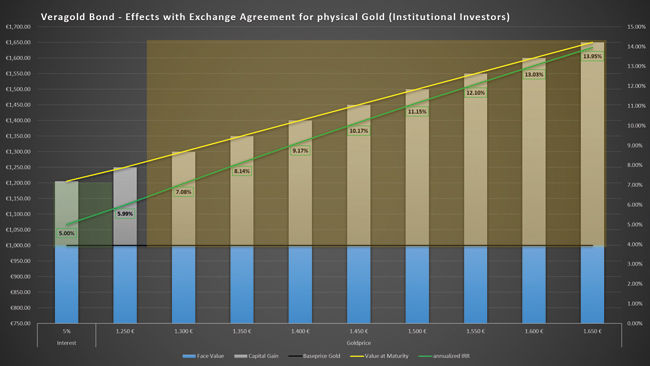 Ultimately, the bond issue is a way to have the best of both worlds: to raise the money needed to upgrade the mill from 500 tonnes per day to 6,000tpd, enabling it produce 80,000ozpa gold over a 17-year mine life; and to bring the mine into production by the September quarter of 2020 rather than give up equity or wait for cashflow from the stockpile to expand the plant.

"A bank probably wouldn't fund this at the moment, [whereas] you issue a public bond at this deep discount - and that's the attraction to the bond holder," said Richard Lloyd, CEO of Minexia, which intends to admit the bond to its NR Private Market platform.

From Veragold's perspective, the Mina Santa Rosa project has everything it could possibly want. It is in Panama, long regarded one of the most stable jurisdictions in Latin America for foreign investment. As mentioned, it has 122,000oz gold just waiting to be put through a gravity/flotation circuit. And it has a licence, granted by the National Assembly of Panama under contract law (Contrato Ley) that allows it to exploit and/or explore metallic mineral reserves located within a 50km radius of the Santa Rosa project area boundaries.

The asset consists of three mineralised zones, Alto de la Mina, Mina Santa Rosa, and Cerro Otero, plus the aforementioned stockpile residual gold. Another update of the NI 43-101 mineral resource estimate is expected by the end of 2019, including the results of the 2019 drilling programme.

Kreis and Lloyd both acknowledged how fortunate Veragold is to be in the position it is in vis-a-vis the bond issue. According to Lloyd, other companies have explored this sort of financing route, but "they've had a billion pounds of copper resource below surface but haven't dug a hole yet … whereas with this one you've got the stockpile ready to go, it's been pre-crushed."

Kreis said the first question investors ask is: "Why are you giving away your profit?" To this, he responded: "The only reason we can do it is because we're producing each ounce of gold out of the stockpile at $350/oz - and not at an average of $725/oz, which is the expected AISC (all-in sustaining cost) for the remainder of the open pit mining operations."

Small mines can face up to climate change