At least one major South African gold producer has managed to avoid a major strike, with AngloGold Ashanti (JSE:ANG) concluding a wage agreement with three of the four participating unions. 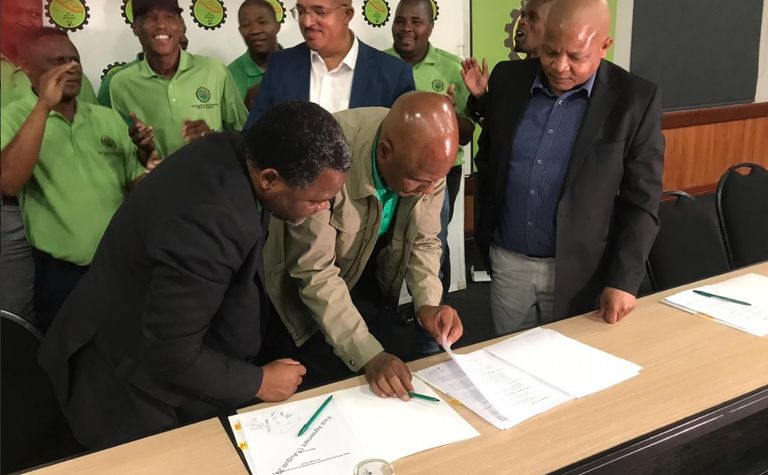 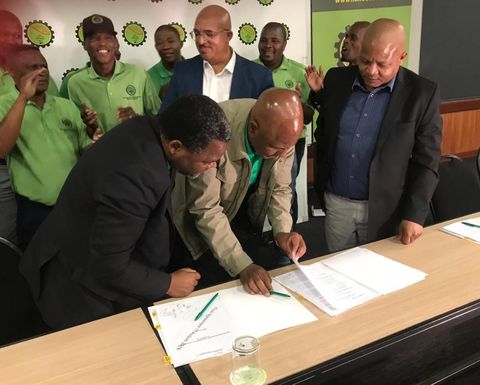 The three-year agreement backdated to July 1 increased the basic wage of category 4-8 employees by R700 (US$46.74) in the first year, R800 in the second and R900 in the third, while miners, artisans and officials agreed to an increases of 5.5% for each of the three years.

The parties also agreed to revised shift arrangements, making provisions for a shift arrangement increase of R300 in the first year, R200 in the second and R100 in the third for category 4-8 employees and 1% each year for miners, artisans and officials.

The wage agreement also gave an increase in medical incapacity benefits, severance pay and living out allowance, as well as an extension of medical contribution for employees.

The agreement was concluded under the auspices of Minerals Council South Africa (MCSA) and was agreed with the Association of Mineworkers and Construction Union (AMCU), UASA and Solidarity, which together represent 7,918 employees.

"The agreement was reached within a flexible negotiating structure which has evolved over a number of years to allow for companies with vastly different economic and operating circumstances to be accommodated," he said.

AMCU general secretary and chief negotiator Jimmy Gama described the agreement as one that would benefit the union's members and "improve their lives greatly".

AngloGold is not totally clear, as it is still under dispute from the National Union of Mineworkers (NUM), with all four unions disputing the offers from the other three gold companies, Harmony, Sibanye-Stillwater and Village Main Reef.

The disputed negotiations are ongoing under the third-party watch of the Commission for Conciliation, Mediation and Arbitration.