In the same month the UK government cut subsidies for electric vehicles (EVs), a parliamentary committee has recommended the 2040 cutoff for petrol and diesel car sales be brought forward by eight years. 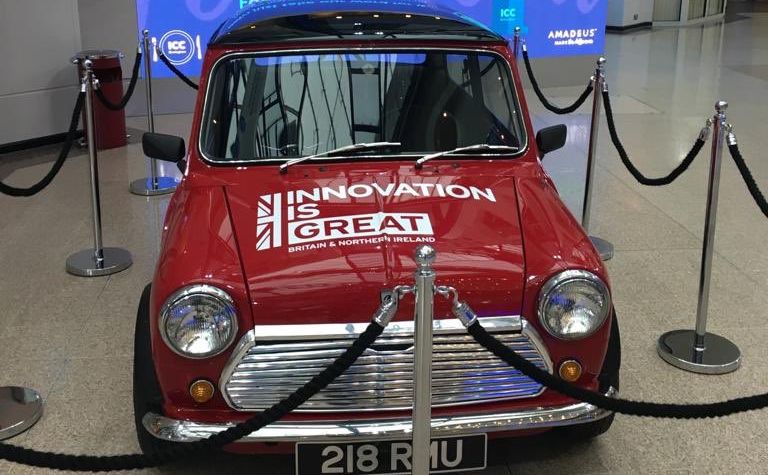 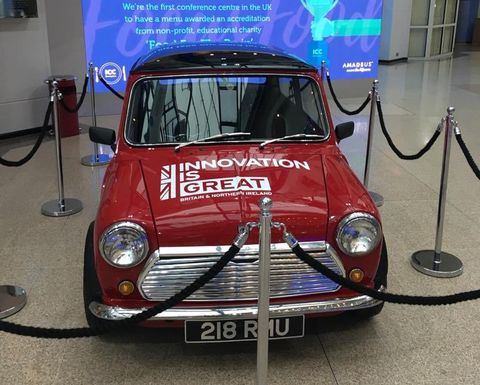 'Innovation is great': nothing says advancement better than sticking a battery in a Mini

The government's previous goal had been reported as a ban, but was more like an assumption no one would be buying internal combustion engine cars by 2040.

Now, the business, energy and industrial strategy committee has said the UK needs to up its game on EV policy.

The committee's new report slammed the Conservative government's handling of the growing area.

"[The government's] targets for 2040 - to phase out sales of new 'conventional' petrol and diesel cars and vans, and to require all new cars and vans to be ‘effectively' zero emission - are vague and insufficiently ambitious to deliver on its longer-term aims," the committee of MPs said.

"The government has recently announced sudden and substantial cuts to the Plug-in Grant Scheme, in a move that runs counter to the advice of the Committee on Climate Change and witnesses to our inquiry.

"We recommend that purchase support for EVs should be maintained at October 2018 levels for the time being, and more generally until the cost of EVs nears price parity with conventional ICE vehicles."

One of the committee's recommendations was making EVs more accessible for lower-income earners - this cut makes that tougher immediately.

While the UK's comparatively small market share means miners won't have to worry about a hit on global battery material demand, the confused policy raises the barriers the industry has in convincing the public to make the switch from ICE cars.

The UK is a leader in developing battery technology (the University of Warwick's Energy Innovation Centre, for example) and its small size compared to Canada, the US and Australia negates some of the range anxiety that comes with an EV, making it a useful test case.

Benchmark Mineral Intelligence's Andy Leyland told Mining Journal last month the UK was in a good place to benefit from the move to EVs.

"There are plenty of opportunities, and that industry will be specific to the UK; we're not going to see a lot of the South Korean and Japanese firms investing in major battery factories to the degree they are in countries like Poland and Hungary, for the same reasons investments have been focused on Central and Eastern European countries in other industries. But there is a lot of cutting-edge research and development in the UK," he said.

"One of the researchers I spoke to at the summit was responsible for nearly 1,000 people looking at battery research in the UK and he was pretty confident the future is very bright."

The building of infrastructure that will power EVs - said to be a big future driver of copper demand - is also suffering, according to the committee.

"The government's ambition to develop national charging infrastructure is at odds with its decision to leave delivery largely to local authorities (LAs) and private actors," the report said.

"We recommend the government recognise its responsibility in this role and coordinate a shared approach to planning national charging infrastructure at least cost by December 2019."

The government's own Office for Low Emission Vehicles tried to put a positive spin on the subsidy cuts, saying the public didn't need any more encouragement to buy hybrids like the Mitsubishi Outlander PHEV while in reality just adding £2,500 to its purchase price.

In her speech to the Zero Emission Vehicle Summit last month, prime minister Theresa May said getting the EV switch right was important for everyone.

"How we accelerate the transition to zero-emission vehicles - and ensure cleaner air for all our people - is one of the most pressing issues in modern transport," she said.

This kind of policy-making affects miners of all sizes, from AIM juniors pitching for copper or lithium exploration money, to BHP and Freeport-McMoRan.

BHP is working hard on sending more nickel to battery makers, and CEO Andrew McKenzie said in this week's AGM the overall electrification theme would drive its strategy for a long time.

"Renewables, electrification and a low-carbon future offer great opportunities for BHP," he said.

"They will generate demand for higher volume, as well as higher quality, iron ore, metallurgical coal and copper concentrate."

The contradictions in the UK government's EV approach are not unique: crafting policy around a changing industry is hard.

Eventually the subsidies will not be needed - the home solar take up in Australia shows what can happen when new technology becomes normalised - but as carmakers are still working on the format and the infrastructure is lacking, they need to be kept up to keep people interested.

The immaturity of the sector (beyond Elon Musk's fantasies) is shown in the take-up among those directly involved in it: go to any EV-focused mining event and only a handful of people will own one.

This is an informed, wealthy crowd, so it's obvious there's a long way to go.

The flip-flopping around by governments is making that path even lengthier.

Syrah gets US grant go-ahead for AAM facility