Russian diamond producer Alrosa sold 8.3 million carats of diamonds worth about US$800 million in the second quarter. But while production is up, sales are down year on year. 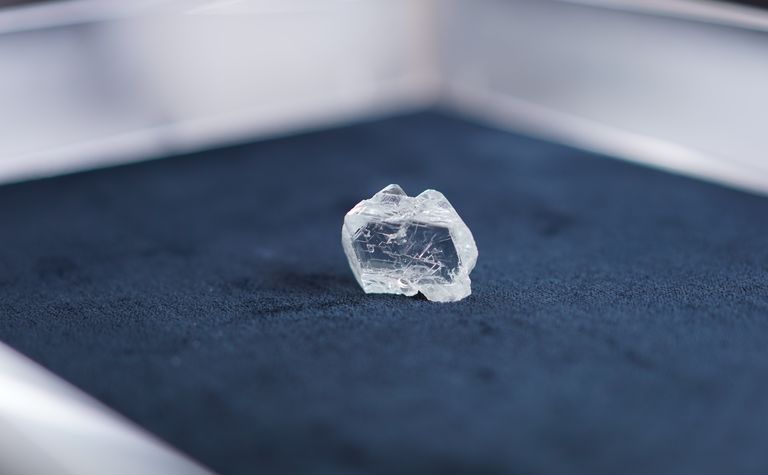 Alrosa produced 9.7 million carats of diamonds in Q2, and 17.6 million for the whole of the first half of the year - a 10% year on year increase.

But diamond sales decreased by more than one-fifth (22%) quarter on quarter in terms of carats, and 19% in terms of value, to $796 million. Compared with the previous year, the value sold was down 25%, while for the whole first six months of the year, compared with the equivalent period last year, there was a 32% fall in value sold.

Alrosa attributes the drop in sales partly to cutters and retailers stocking too many rough and polished diamonds, and partly due to Indian cutters' difficulties securing financing. The company also said average diamond grades had increased 4% to 1.04 carats per tonne for the first half of the year.

The increase in the company's production was mainly driven by the launch of production at the V.Munskoye deposit in Q4 2018, increasing output at the Udachny underground mine, and growth in ore processing at the Botuobinskaya pipe as operational efficiency initiatives scaled up, it said.

"[In the first half of 2019], the rough and polished diamond market saw weak activity in all segments," said Alrosa. "The key jewellery markets registered a decline in demand amid global macroeconomic uncertainty due to unravelling trade tensions between US and China and depreciation of Chinese yuan against US dollar, resulting in lower purchasing power of Chinese consumers and tourists.

"Cutters stocked up on end products, which also affected the demand for rough diamonds. To reduce excess stocks the Indian cutters have been decreasing output since May. The lower diamond demand was also caused by the ongoing financing difficulties experienced by the cutters due to the banks tightening the loan security and repayment terms."

Earlier this month, Alrosa formed a partnership with the state-controlled Zimbabwe Consolidated Diamond Company (ZCDC) to develop new mines in the country.

"Currently demand from jewellery consumers remains stable, which bodes well for renewed activity and higher demand for rough diamonds closer to the end of Q3 2019 in the run-up to 2019-2020 Christmas sales season," the company said.

Alrosa gets respite in December quarter