Copper major Freeport-McMoRan (NYSE: FCX) has reported a US$72 million net loss for the June quarter, as costs increased and production fell as the Grasberg operation in Indonesia transitions to underground. 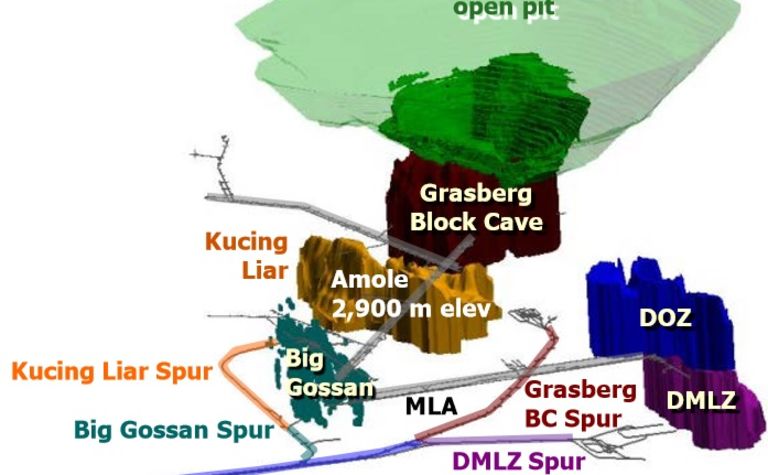 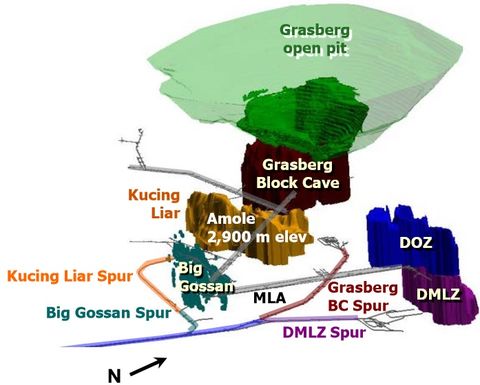 Jefferies analyst Christopher LaFemina said the company was at a "turning point", saying it had under-performed and was under-owned "due to problems in the rear view mirror".

Freeport's net loss equated to 5c per share, compared with a net income of $869 million or 59c per share for the previous corresponding period.

Freeport had flagged the likelihood of a 5c/share loss in an update at the start of this month, when it reaffirmed its April 2019 sales guidance of 3.3 billion pounds of copper and 0.8 million ounces of gold.

Unit net cash costs for PT-FI, Freeport's Indonesian subsidiary which operates Grasberg, increased to $2.15 per pound of copper for the period, compared with credits of 77c/lb a year earlier.

The company said during the quarter, PT-FI had started extracting ore from the Grasberg block cave, which had been historically mined from the openpit, and started production from the Deep Mill Level Zone (DMLZ).

It also said PT-FI was seeking government approval for an export quota increase, having fully used its approved quota of about 180,000 dry metric tons of concentrate for the current period, which expires on March 8, 2020.

The company reported net cash available of $2.2 billion at June 30, and consolidated debt of $9.9 billion.

"One key takeaway from Freeport's conference call today is that management is increasingly confident in the operational outlook for Grasberg and is also confident that it will deliver operational upside in the Americas due to an increased focus on technology and innovation," LaFemina said yesterday.