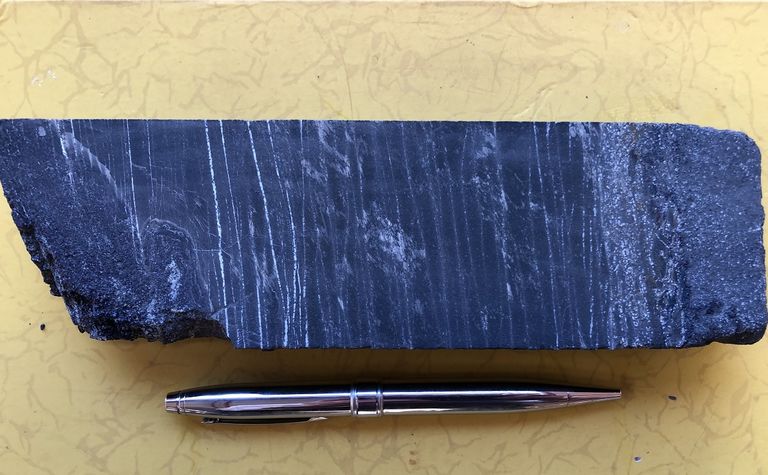 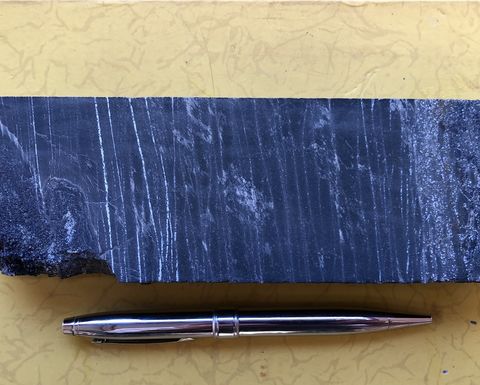 Bornite mineralisation from DD1522, testing the eastern limit of the 350m zone, with assays pending

The zone at the joint venture project in the Democratic Republic of Congo was discovered in January with an "unprecedented" result of 22.3m at 13.05% copper.

Ivanhoe said it was moving quickly to establish a resource estimate, with the zone - 18km from Kamoa-Kakula's planned initial mine - having the potential to enhance initial cash flow.

Ivanhoe unveiled a "mind-boggling" prefeasibility study for Kakula in February, outlining a 6 million tonne per annum operation with an initial US$1.1 billion capex, an after-tax NPV (8% discount) of $5.4 billion and an IRR of 46.9%.

An updated preliminary economic assessment showed an alternate three-phase development, starting with Kakula, building to 12Mtpa with feed from the Kansoko mine and a further 6Mtpa from Kakula West.

Ivanhoe and Zijin Mining, both 39.6% owners, are co-funding Kamoa-Kakula's development.

It is retracing its steps towards the $4 mark it was trading at in early 2018, before its share price slumped on changes to the mining code in the DRC, where it is also redeveloping the Kipushi zinc-copper-germanium-silver mine.