Explorer SolGold's (LSE, TSX: SOLG) CEO Nick Mather views the discovery of the company’s flagship, majority-owned Cascabel project in Ecuador – with its continuing 1km-plus copper-gold intersections – as “the first of many”. 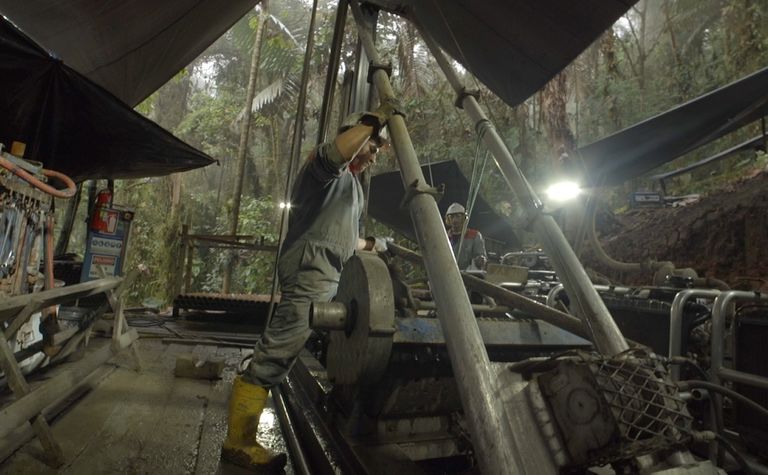 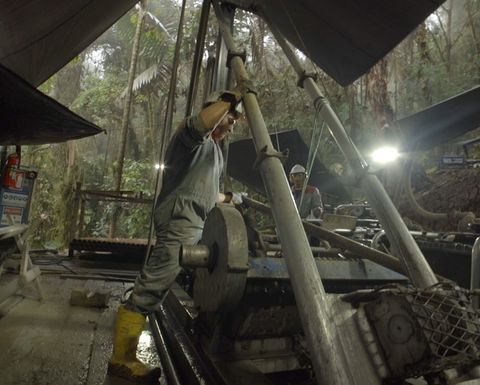 SolGold is aiming to build a copper-gold company

That said, and while SolGold is using its successful exploration blueprint across the country at its numerous 100%-owned concessions, it is aiming to build a copper-gold company and fast-track into production with an initial focus on high-grade gold.

SolGold unveiled a maiden resource at Cascabel's Alpala deposit in January, comprising a metal inventory of about 5.2 million tonnes of copper and 12.6 million ounces of gold.

Importantly, the 1.08 billion tonne resource at 0.68% copper-equivalent contained a high-grade core of 120 million tonnes at 1.8% CuEq.

SolGold is now aiming to expand and upgrade the resource, with infill drilling at Alpala Central expected to increase this high-grade core.

Among the latest highlights from the ongoing drilling programme, SolGold intercepted 1,046m at 0.48% copper-equivalent, including 52m at 3.51% CuEq, at Alpala Central this month.

The company's exploration success at Cascabel sparked a recent rush to the Latin American country and SolGold is enjoying first mover advantage as it eyes the big picture.

SolGold is using its exploration blueprint across its concessions

It is looking beyond building a copper project to building a copper-gold company, poised to capitalise on the forecast supply deficit in the copper market based on growing urbanisation and new energy demands.

It deliberately targeted the Andean copper belt, renowned for hosting nearly half the world's copper production, in the under-explored jurisdiction of Ecuador.

SolGold is now the largest concession holder in the country and is also actively exploring on its 72 100%-owned concessions, with the encouraging initial exploration programme nearly complete.

It is planning geophysical surveys for all 10 projects to follow up exciting initial results, such as rock chip samples from the Cielito vein at the Blanca Nieves project returning up to 617g/t gold, 0.59% copper, 317g/t silver and 0.74% zinc.

At La Hueca, Target 6 has grown in size with recently discovered outcrops rich in copper and molybdenum, with results including 6.27% copper, 0.29g/t gold, 22.9g/t silver and more than 1% molybdenum.

At Chillanes, stream sediment geochemical sampling has returned the highest copper results from any of SolGold's projects in Ecuador, with best results including 1140ppm copper and 1110ppm copper. 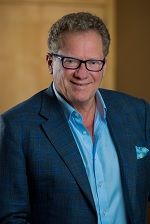 Mather said the company's high success rate had been achieved by operating multiple field teams using a specialised method of rapid prospect recognition, in each of SolGold's four subsidiaries.

"We've replicated the early phases of the Cascabel push in our four separate subsidiaries, so a completely different division of the company is working on bringing those 100%-owned projects up the curve," he said.

Some of the 10 priority projects have the potential - subject to resource definition and feasibility - to be developed in close succession or even on a more accelerated basis than Alpala.

"We've got an emerging ‘go for gold' strategy," Mather explains.

"There is always the possibility that something could come along that becomes a higher priority than Cascabel, certainly some of the projects are demonstrating that sort of potential," he told Mining Journal.

Back at Cascabel, SolGold has up to 12 rigs on the go, with two at the promising Aguinaga prospect and 10 rigs aiming to increase Alpala's resource estimate as the company works towards near-term development possibilities.

Since announcing Alpala's maiden resource, SolGold has nearly doubled both the drilled and reported metreage.

It has begun a preliminary economic assessment and has started investigating development and financing options available to the company, such as a conditional total funding package, Mather said.

Essentially, SolGold is looking to take advantage of Alpala's high-grade core to facilitate early cashflows and an accelerated payback of initial capital in the event of development. 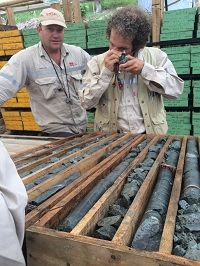 SolGold is looking to take advantage of Alpala's high-grade core

He also pointed out Cascabel had numerous logistical advantages, including access to water, a port, sealed road access and lay within 25km of the hydroelectric power grid.

Meanwhile, the company has also worked hard to build its social licence in Ecuador, with Mather describing it as a critical element of its assets.

SolGold intends its operations to be safe, reliable and environmentally responsible and maintains close relationships with local communities.

The company employs more than 400 people, of whom at least 90% are Ecuadorean.

It had about US$70 million cash mid-year to continue progressing its projects at pace as it aims to build a copper-gold company.

"We're creating an integrated copper-gold exploration, appraisal, development and producing mining company - although we're not at the mining stage yet," Mather said.

"The first discovery of Alpala simply underscores the prospectivity of the 700km of strike that is Ecuador.

"While Cascabel is excellent in its own right and the company is undervalued on that basis alone, there is considerably more upside offered by the other 10 projects that we're working on at the moment."

The priority targets only serve to highlight the under-explored potential of the Andean copper-gold belt in Ecuador.

SolGold's early-mover status also gives it a four-year headstart on other companies looking to explore the prospective country, Mather said.

With its dominant land holdings and exploration blueprint success based on the Cascabel discovery, SolGold has established a solid base from which to build a copper-gold company.