Well-supported Alaska explorer PolarX (ASX: PXX) is undertaking its most significant exploration yet in the coming months, comfortable in being fully funded, in a mining-friendly jurisdiction and eyeing strengthening copper market fundamentals. 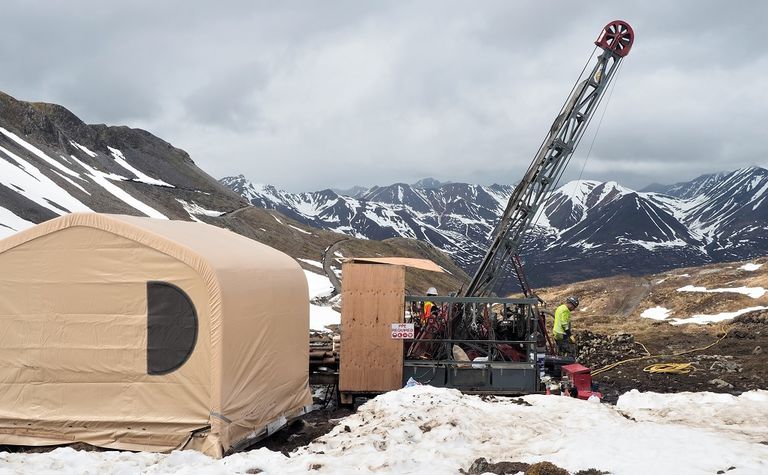 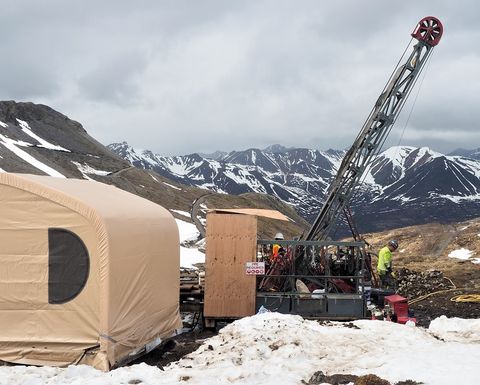 In the two years since consolidating its Alaska holdings, the company has established a high-grade copper-gold resource at Zackly, attracted multinational miner Lundin Mining Corporation as a potential strategic partner for the surrounding Stellar project and has identified two high-priority targets, Saturn and Mars, for major copper porphyry exploration programmes.

Lundin Mining recently made a A$4.3 million equity investment to fund drilling at Saturn and will decide by the end of this year whether to enter into an earn-in phase for a 51% interest in Stellar through staged exploration spending of US$24 million and staged cash payments of $20 million to PolarX.

PolarX has likened Saturn's potential to the scale and geological setting of the huge Grasberg copper-gold deposit in Indonesia, including the presence of nearby high-grade copper-gold mineralisation such as the company's 100% owned Zackly deposit. 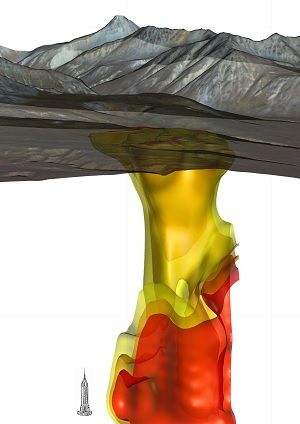 "The really exciting thing is the big upside of a major porphyry discovery and that's what got the interest of a number of major to mid-tier base metals companies.

"Closing the deal with Lundin Mining has given not just us but the market a clear third-party validation."

PolarX's progress has dovetailed neatly with the projected growing demand for copper, driven in particular by the electric vehicle revolution, and potential supply crunch.

"Supply is starting to get very constrained, a lot of big mines are experiencing reducing head-grades and very few big discoveries are even close to being developed," Tabeart said.

"If you look at some of the bigger and better copper deposits that have been discovered over the past 10 years or so, they're in jurisdictions where the political or fiscal regime is not as stable as it is in the US.

"Permitting in Alaska is a transparent process, the goal posts won't change, it's got a ‘can do' attitude and it's a mining friendly state."

Major operations in the US state include Kinross Gold's Fort Knox mine and Pogo, which was recently acquired by ASX-listed Northern Star Resources.

PolarX is fully funded for its exploration plans this year, thanks to the Lundin Mining investment and a rights issue that raised a further A$3.4M.

Further, if Lundin Mining likes what it sees from the upcoming drilling at Saturn and exercises its right to start the earn-in phase, PolarX is funded for potentially the next three years as well.

"Some people say we've given away the majority of a potential world-class project but in our view it's better to have 49% of something than 100% of nothing, particularly if the 51% owner has the technical and commercial skills required to develop such a project," Tabeart noted. 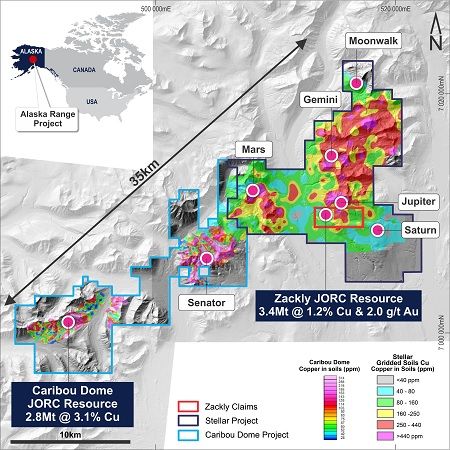 An overview of PolarX's Alaska Range project, showing surface copper geochemistry and the outline of the Stellar JV Area, the excluded Zackly claims and the Caribou Dome project

He also praised the Lundin Mining team for its exploration nous, collaborative approach and being empowered to make decisions.

Meanwhile, PolarX has been careful to keep other options up its sleeve while taking the risk off the table for Stellar.

Located centrally to the Stellar project, PolarX has kept 100% of the Zackly skarn project, where it has established a 3.4 million tonne resource at 1.2% copper, 2g/t gold and 14g/t silver.

One of the company's main goals is to expand Zackly's high-grade resource to achieve a critical mass for an economically viable project.

It is also earning into the Caribou Dome project adjacent to Stellar, which has a 2.8Mt resource at 3.1% copper, however this is on the backburner as PolarX's near-term focus is on what drilling at Saturn may deliver.

Tabeart had brought his experience from days with WMC Resources and his background in copper porphyry deposits to start looking for Zackly's potential source.

"Zackly was discovered in 1979 but no-one had drilled outside the immediate area to look for the potential porphyry source," he explained.

"Within the last year two things have come together - the drilling at the eastern end of Zackly came up with thick, high-grade intersections that gave us a very strong vector towards Saturn, and then the hi-resolution aeromagnetic data we collected really highlighted Saturn as something more substantial."

The survey data also highlighted a 12km-long mineralised structural corridor extending from Saturn through Zackly and on to the Mars copper porphyry target.

PolarX describes its Alaska Range project as straddling the major structure between the Tintina gold belt and the main porphyry copper-gold belt in Alaska, Yukon and British Columbia, intersected by a major northwest crustal-scale fault which contains known porphyry systems at the southern end.

The project also has access to infrastructure, located about six hours by road from Anchorage, with nearby lodges for accommodation and support and easy road or rail access to all-year ports.

PolarX is managing this year's exploration and expects to have two rigs on site at Saturn during the Diggers & Dealers mining conference in Western Australia.

The company is planning to drill about 5,000m, likely in 10 holes to 500m depth in a programme jointly planned with Lundin Mining.

"We're not going to die wondering if there is a copper porphyry deposit there," Tabeart said.

Depending on the drilling results, PolarX may then send a rig to Zackly, or to Mars, the second compelling porphyry target at Stellar.

Tabeart noted Lundin Mining had the option to exercise its earn-in sooner if the drilling at Saturn proved promising. 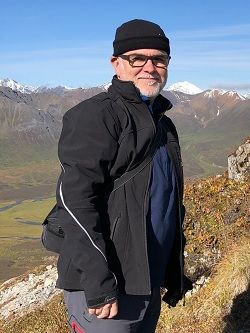 Frazer Tabeart standing on the Zackly copper-gold skarn in Alaska, with the Mars porphyry copper-gold target in the background

"This is what we put the company together for," he said.

"Now we've got the funding to go and drill; we've got targets to point where they should be drilled, and great thing is, if we drill and get success, we've effectively got the funding in place that will take it all the way through to feasibility."

The company's share price has been on the rise in step with anticipation, gaining about 40% year-to-date.

Tabeart expects to see a little renewed interest when IP results from Saturn are released, expected to be out in mid to late July.

However he sees the upcoming Saturn drilling results as the catalyst for the next major share price uplift.

"We anticipate a very strong market response," he said.

"If we hit good mineralisation, we'll just keep drilling Saturn and I'll be on the first plane over there.

"Zackly will pale in relative significance to a major porphyry discovery.

"This is exactly where we want to be," he added.

"We're very excited to see what those first three or four drill holes show us.

"And I think the combination of long-term supply constraints and a secure, tier one jurisdiction will attract a premium if we do make a discovery."