TSXV-listed Mundoro Capital is making waves as a royalty generator that specialises in copper-gold exploration in Serbia and Bulgaria. Its modus operandi is to forge partnership agreements, often with blue chip miners that in the past have included Freeport McMoran and First Quantum Minerals. 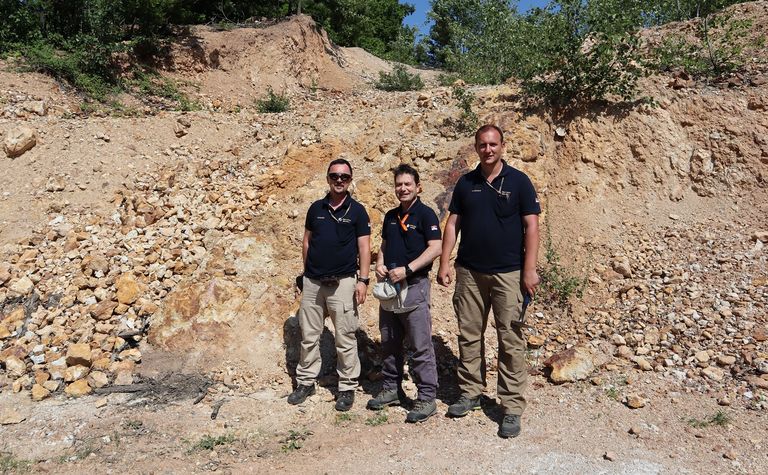 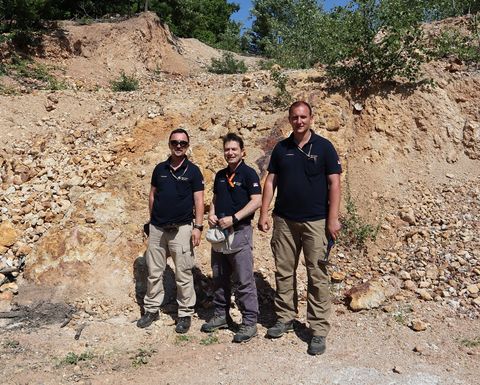 With a focus on copper and gold, Mundoro enters the new year with a spring in its step after clinching an additional exploration partnership with Vale Canada. That brings the number of partnered exploration licences with Vale to six in total.

Many of Mundoro's assets are in the Tethyan Belt's Timok region in Serbia where it has applied for more licences. The Vancouver-based company also forged an alliance in 2016 with Japanese state energy group JOGMEC (Japanese Oil and Gas Metals Corporation), and the duo own a joint venture project in central Timok region of Serbia and generated further exploration opportunities in Bulgaria.

The company isn't a royalty company that provides upfront capital in return for future top-line production linked royalty payments from mining operations. Instead, Mundoro's model as a royalty generator is towards the generative stage of the business where it identifies prospective exploration areas in a region and stakes the ground from the local government. It will then option out the exploration properties to mining companies and will operate exploration programs for its partners, but it rarely gets involved with engineering development.

It's the partners that shoulder the capital burden of exploration and drilling programs, and in return, Mundoro receives revenue from the partners in a variety of ways - operator fees for running exploration programs, option payments, milestone payments, advance royalty payments and, and if all goes well, a conventional NSR royalty once a project gets into commercial production (those future top-line production payments that most royalty companies traditionally purchase). From time to time it sells assets to third parties.

Mundoro-style exploration typically outlines geochemical, geophysical and structural targets that appear promising and then brings in partners which, for the most part, are established miners. CEO Teo Dechev says exploration is a long process, and as a result, "we have built in payments into the front-end so that our investors are not just waiting for that future production-based royalty to pay out. "We are generating revenue from our portfolio right from the beginning of exploration."

So how does Mundoro manage risk? According to Dechev, the best way is to have a portfolio approach.

"We hedge risk in the exploration business via diversification which, for us means having multiple projects, partners and jurisdictions."

One of Mundoro's 2020 partnership agreements with Vale in October clearly illustrates how its business model works.

The deal granted Vale an earn-in option for copper and gold exploration licenses within the Timok Magmatic Complex in Serbia, which adjoin directly to the west of the licenses Mundoro signed with the miner in 2019.

Under the terms, Vale can earn-in a 100% interest in the licence area if it funds US$2 million expenditures over two years along making the various payments directly to Mundoro.  Mundoro will be the operator of the projects during the option period and will receive an annual operator fee of US$200,000. Upon exercise of the option, Mundoro will retain a 2% NSR on the projects, and Vale will have an option to purchase up to 1% of the NSR royalty with payments tied to the gold price at that time. After exercise of the option, Vale must make annual advance royalty payments to Mundoro of US$200,000 per year until commercial production commencement. Moreover, Vale must make milestone payments to Mundoro totalling US$9 million upon completion of four major milestones commencing with a resource estimate filing and ending with the procuring of a development permit.

"Our model is not to become a future miner, but a catalyst for new exploration and discovery"

This is neat stuff as the heavy lifting from a capital perspective lies with the partner, not Mundoro, and that means it doesn't have to keep returning to the market to raise funds, diluting shareholders. Its last set of figures showed it had about $2 million cash in the bank and no debt. It runs a very focused budget and that's how Dechev keeps dilution under control.

She says: "We develop the concept and the exploration model, advancing some of the targets right to drill-testing. Then we bring in partners and those partners 100% sole fund the exploration programmes and as a result we are awarded a NSR royalty and various payments.

"Since 2016, partners have sole funded over $12 million in exploration on Mundoro's licences. Our own expenses are low enough so that we go to the market when needed to raise funds to generate new targets or licences and partially to cover working capital. There are examples where we may retain an equity interest directly in the project, but generally we prefer to convert directly into a royalty."

In properties where it has licences, and working to secure a partner, minimum work is required to maintain the asset. And that means Mundoro has explorationists of its own to adequately maintain assets and to operate exploration programmes for partners. Partners can come in at different stages. Some require fully developed drill targets, some don't and come in immediately after staking. Although Dechev is looking at other jurisdictions in the future, Serbia and Bulgaria have further mineral potential, she says.

When Mundoro started making licence applications in the region a decade ago, few recognised the potential in Eastern Europe. Then in 2012, a very important discovery put Timok firmly on the map, namely the Cukaru-Peki deposit — a circa 2-billion-tonnes porphyry system - which highlighted the potential of the entire district. These days, there are several of the major mining and exploration companies working in the Timok belt.

Historical mining in the Timok region has been going on for 100-plus years, so it already has established infrastructure. Roads, smelters, rail lines already existed, as well as connections to ports. And the cost of energy is competitive (€5c per kWh); that's very attractive compared to North America. The other important advantage Timok offers is the long-standing community support for mining and exploration which have been an important economic factor in this region.

"Our model is not to become a future miner, but a catalyst for new exploration and discovery," Dechev says.

"We bring together our local industry experience of operating in these jurisdictions, our stake in prospective mineral licenses and bring in strong industry partners to invest in the targets we have generated.

"The benefits for our shareholders are the value of future royalties and the near-term property related payments from our partners while projects are explored for a future discovery.  The company has consistently since its entry into this region, taken a collaborative approach to working with local governments, industry and communities."

What does Mundoro expect for 2021?

As for share price catalysts, the company is expected to commence a drill program for Vale in Serbia in the early new year to test the potential for further porphyry systems in southern Timok, as well as pursuing further licence approvals in the region which in turn are to be ventured out to additional partners and generate further revenue.

Despite the ravages of COVID, and myriad macro uncertainties, Mundoro has high hopes 2021 will be a happy one for its shareholders and local stakeholders where the company explores.

Mundoro Capital – at a glance

Mundoro Capital – at a glance