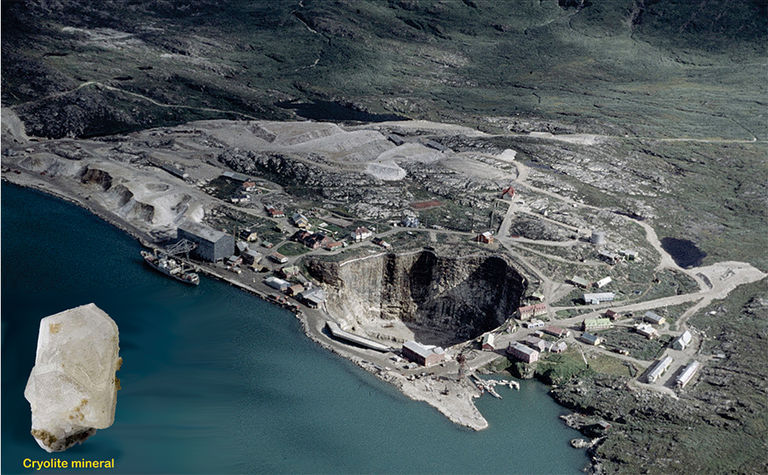 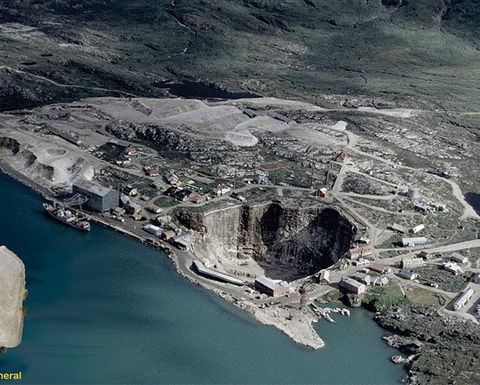 But for ASX-listed Eclipse Metals, the mineral prospectivity of Greenland has proven to be one of its best assets, following its acquisition of the Ivittuut project earlier this year. Ivittuut has near-term production and immense rare-earth potential.

Eclipse Metals' CEO, Carl Popal, said the company is ready to lead the way for other companies looking to turn green and Ivittuut provides that opportunity.

"We are in the mining hub of the world," Popal said. "We need to utilise the history and knowledge that we have as an asset."

As the world's largest and only known source of naturally occurring cryolite, Ivittuut (also known as Ivigtut) in southwest Greenland was last operational in 1987.

Historical exploration included 19,000m of diamond drilling, the core from which is stored in a Greenland government facility for logging and sampling.

Cryolite is a rare mineral known to act as a beneficial fluxing agent to reduce energy consumption in aluminium production. Eclipse Metals believes most of the remaining mineralisation - which includes cryolite, fluorite, siderite, quartz, rare earth minerals and base metals - lies within 90 metres below the bottom of the pit.

For Popal, the Ivittuut project represents huge potential for the company's growth due to the increasing demand for rare earth elements, as well as silica.

"We have a massive body of quartz in Greenland with an exploration target of about 5.8 million tonnes," Popal said. "Existing exploration drilling records show that most of it is of high-grade silica".

With a shortage of silica in the global marketplace, Eclipse is well-placed to utilise its resources in Greenland, especially as demand continues to grow.

"What we have is very competitive and strategically placed," Popal said, noting that being geographically close to the factories in Iceland and the European market means "the company is well-placed to supply Europe".

The acquisition of Ivittuut in January this year is only the latest venture for a company that has paved its own path in green energy during a tumultuous decade.

While most countries pulled away from nuclear power generation following the Fukushima accident in 2011, Eclipse stuck with its uranium assets. Popal said it was a difficult time for uranium exploration companies as the market experienced a severe downturn, but there was never any desire for Eclipse to step away from the industry.

"They were the worst years for exploration companies and many companies were dropping off the books," Popal said. However, he believes climate awareness has had a positive impact on the industry as nuclear power is yet again being recognised as a reliable and low-cost source of power generation with low emissions.

"We knew, looking forward 10 to 20 years, we always knew it would come back and we would just have to hang on," he added.

With 19 mineral tenements covering more than 9,000sq km, Eclipse Metals has made its mark on the Australian landscape. In the Northern Territory, Eclipse holds five exploration licences that are highly prospective for uranium, vanadium, palladium, platinum, and gold within West Arnhem (Alligator Rivers' uranium fields). Set near the world-class Ranger, Nabarlek and Jabiluka uranium deposits, the project areas are prospective for unconformity-style uranium deposits.

This area includes the Devil's Elbow Project which has already yielded high-grade surface uranium, gold and palladium assays, and was previously explored by Cameco Australia from 2001 to 2007. Eclipse believes there is more potential for Coronation Hill-style gold, palladium, and platinum deposits within the company's tenements.

Australia is the third-largest producer of uranium in the world, after Kazakhstan and Canada. With no nuclear power in Australia, the country exports its entire production, mainly to the US.

However, there was little incentive in recent years to purchase Australian uranium due to the heavy downturn in market prices as many countries began to retire their nuclear fleets. Meanwhile, Kazakhstan had ramped up production to provide up to 40% of global supply.

The world looks very different in 2021 compared with 2011. As we move further away from the Fukushima incident, more attention is turning to cleaner energy sources. Demand also continues to ramp up as the world population continues to grow. In addition, newer and more affordable technology is seeing electricity consumption increase more than ever before. 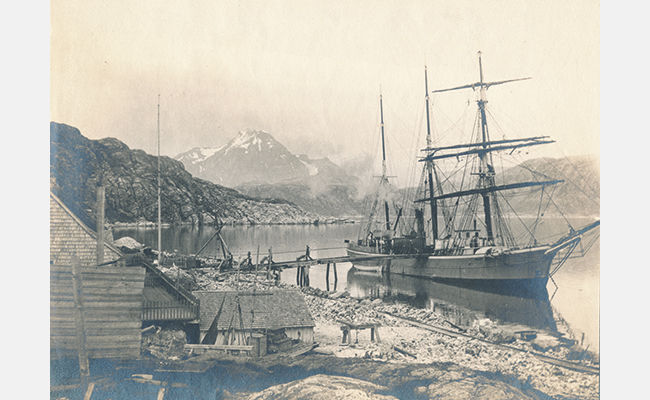 Greenland has a long history of mining

"The global geopolitical situation is very fluid," Popal said. "It's difficult to predict how it will switch, so we're just focusing on understanding the problem."

Nuclear power generation is seen as part of the clean energy solution to meeting ever-growing demand with several reactors currently under construction or in the planning phases around the world, which is further adding pressure on supply.

"The pendulum is shifting," Popal said, adding that the company has seen the direction the world is going and is proud to be at the forefront of the green energy movement.

In addition to providing uranium exploration to power the growing world around us, Eclipse is exploring battery metals in Queensland, Australia, with its Amamoor manganese project.

Manganese has sparked immense interest in recent years as a battery metal resource. Australia is the third-largest producer of manganese, following South Africa and China.

"Batteries are important because we need to look at how to store the energy," Popal said, before adding, "Power to the grid also needs to be considered for supplying the energy."